SIBU (Nov 7): What started out as a hobby way back in 2013 for Sarawakian gynaecologist Dr John Tang, has now transformed into a product that has generated interests from all over the world.

Dr Tang, who is the founder of medical supplies firm Twin Catalyst Sdn Bhd and also the consultant obstetrician and gynaecologist at Rejang Medical Centre in Sibu, is the creator of the ‘Wondaleaf Unisex Condom’, which is believed to be the first of its kind in the world.

‘Birth of an idea’

“I conceived the idea in 2013, but did not work on it full-time as I was doing it as a hobby — I still love my job and have never missed a day’s work because of Wondaleaf. So I really took my time (to work on the idea),” the University of Queensland Medical School graduate told thesundaypost in Sibu recently. 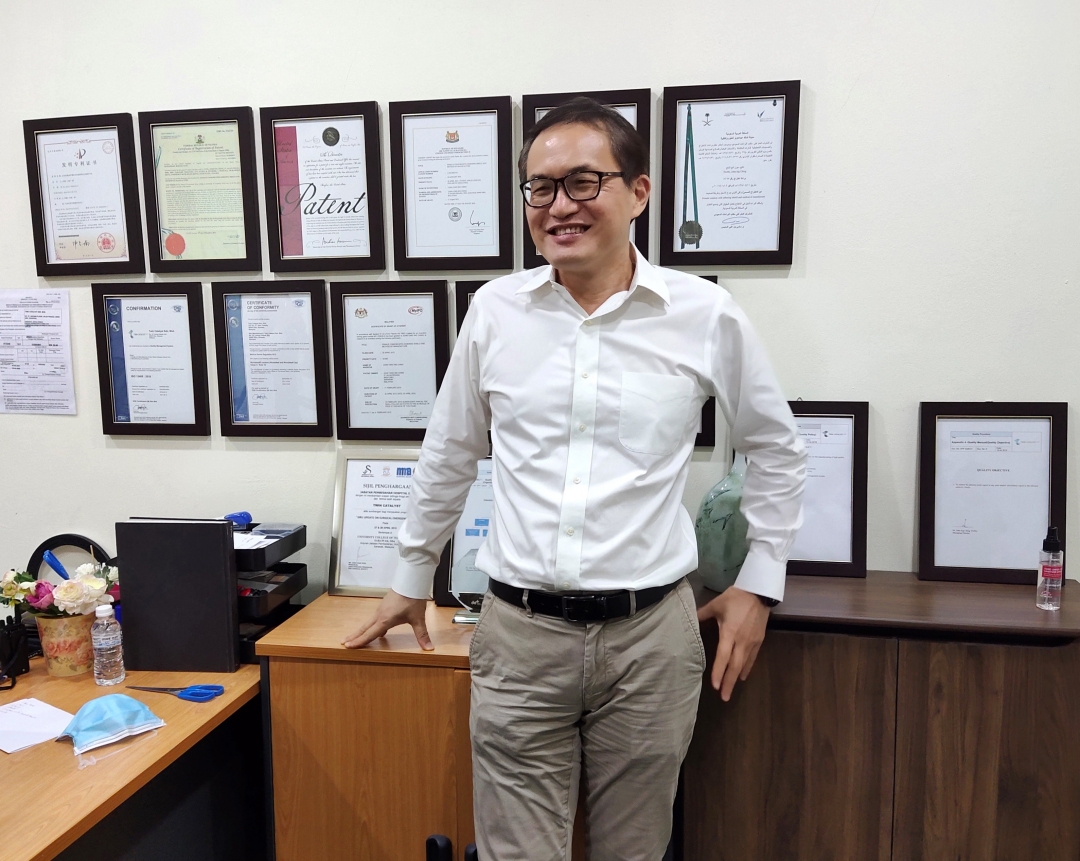 Dr Tang encourages all the young doctors who have any good idea to ‘just go and develop it further’.

Dr Tang regarded Wondaleaf Unisex Condom as a ‘natural progression’ of his role as a clinician, who had been in the field of reproductive health for the past 25 years.

“I feel that if you stayed long enough in my profession, automatically you would come up with this idea. This is because every day, I meet patients suffering from the side-effects of (using various) contraceptive methods such as weight gain as could be seen from hormonal therapy; (also the side-effects) from not using any method, or (from using) a failed method – leading to unintended pregnancies.

“I also deal with (those suffering from) sexually-transmitted infections (STIs),” he said.

Dr Tang regarded the ‘barrier method’— usage of condoms for men, and those meant for women — as the only way that could effectively address unintended pregnancies and STIs at the same time.

“It has to be the barrier method, which covers up the entire pubic area.”

Still, Dr Tang said merely having an idea was not good enough if it went unappreciated by his peers.

In this respect, he recalled an unplanned meeting at a medical conference, where he shared his idea with the three prominent speakers — Prof Sir Sabaratnum Arulkumaran, Dr Alex Matthews and Dr Selva Supermanum — all of whom pushed him to pursue it further.

On the unisex condom’s name, Dr Tang decided to call it ‘Wondaleaf’, after the ‘biblical fig leaves that Adam and Eve used to cover their nakedness’.

He added: “This project is about taking the medical ‘sting’ out of sexual and reproductive health, and is also about universal empowerment.”

‘Getting the project up’

Getting the project up and running translated into the need to seek funding.

In this regard, Dr Tang was very thankful to both the federal and state governments for the channeling of funds totalling RM5 million, including RM1.7 million from the federal Ministry of Science, Technology and Innovation (Mosti) and half-a-million ringgit from Sarawak Research Development Council, which enabled him to pursue the project.

He admitted that before that, he did not know where to go to apply for grants.

He said former state’s finance minister II Dato Sri Wong Soon Koh had helped by asking around and through Wong’s introduction, he (Dr Tang) got acquainted with a number of people and gradually, he submitted an application to Mosti.

Dr Tang also mentioned the help that he received from Assistant Minister of Education, Science and Technological Research Dr Annuar Rapaee in obtaining the fund from Mosti.

“I do hope that the state government, through Sarawak Research Development Council, would give out more grants to support local aspiring inventors,” expressed Dr Tang, who runs the Tang Specialist Clinic in Sibu.

Back on the unisex condom, he said it was categorised as ‘a Class 3 medical device’.

“Now, we (Wondaleaf) are registered with the Medical Device Authority (MDA) as a Class 3 medical device. It is my first invention and after this, I would move on to other things as well.”

Dr Tang said the clinical trials for Wondaleaf had been conducted in South Africa, since the country has a ‘Centre of Excellence’ for research on condoms.

He said Prof Mags Beksinska had carried out the clinical trials on Wondaleaf, slated for ISO certification and MDA registration.

In addition, the Federation of Reproductive Health Association of Malaysia (FRHAM) – a non-governmental organisation (NGO) that advocates and promotes reproductive health – would be endorsing Wondaleaf.

“They (NGO) have gone through our data and clinical trials, and they are going to endorse us — they want to move together with us in promoting this more comprehensive protection for women and men,” said Dr Tang, adding that the product launch had been set for next month. 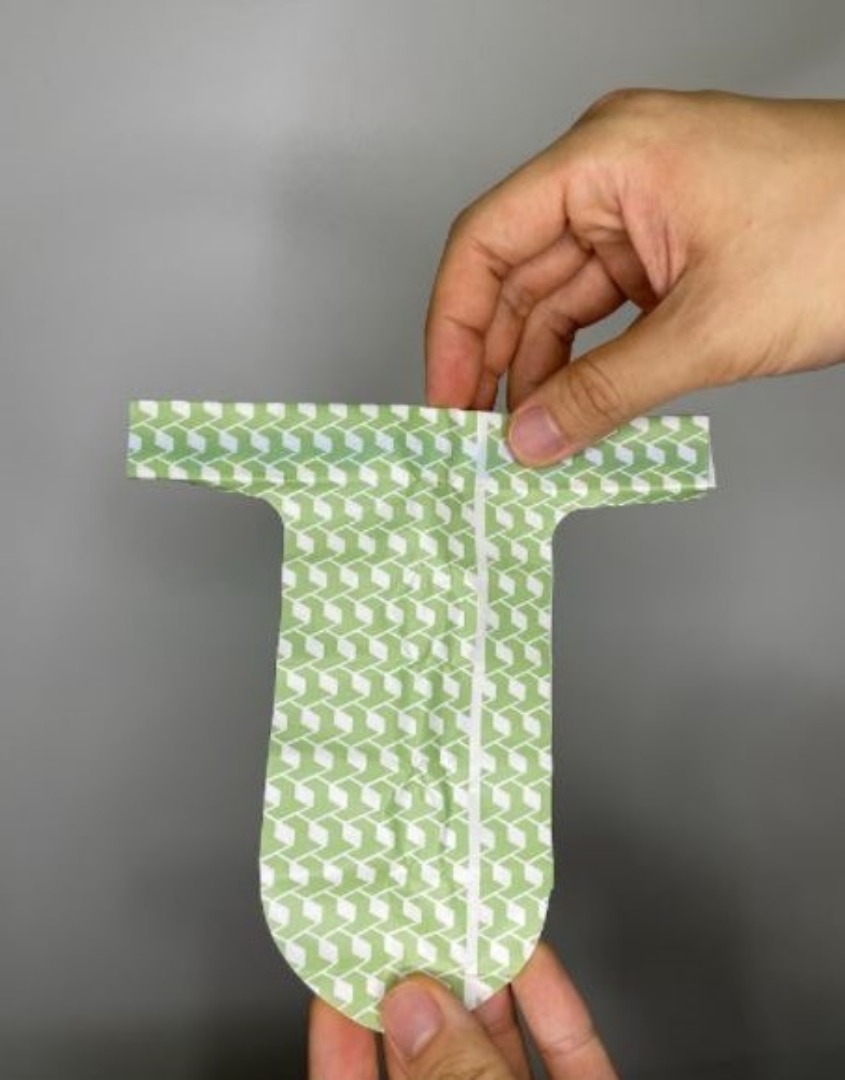 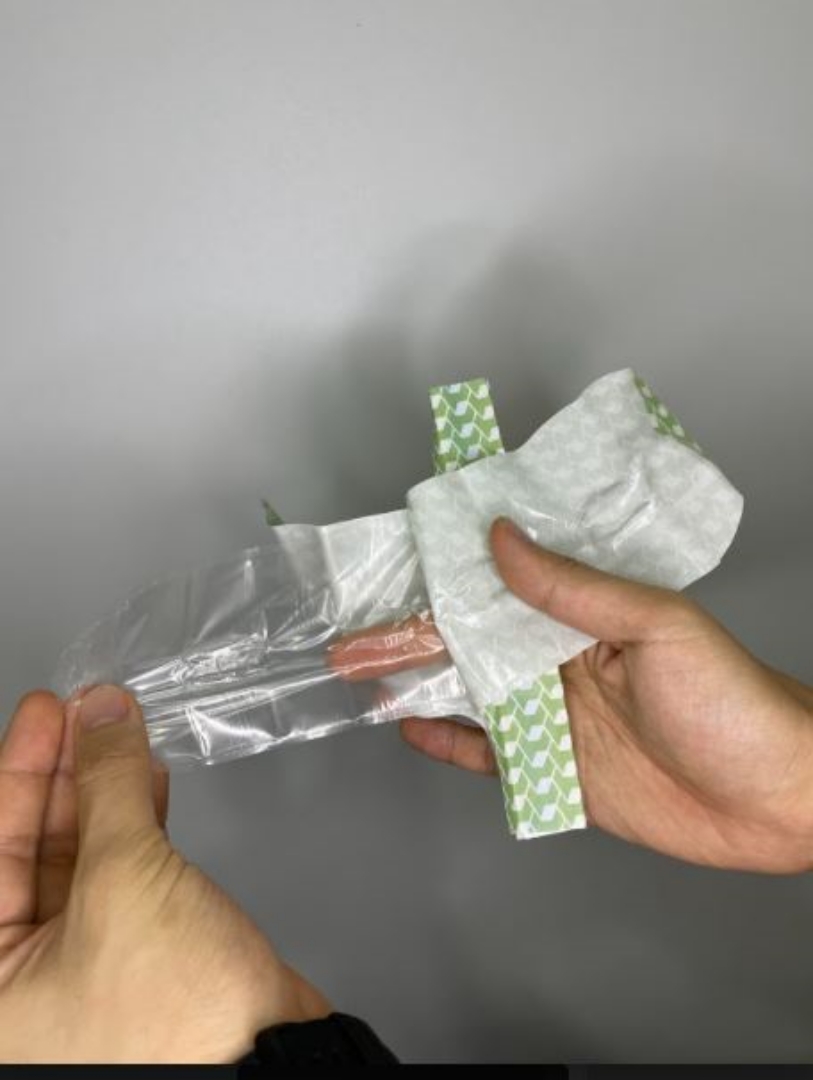 When asked if he had anticipated that the Wondaleaf Project would ever take off, Dr Tang replied affirmatively: “I knew that it’s going to take off someday because for over the past eight years, I have gone to many places because of Wondaleaf, spoken to many people, and read so much about it.

“There’s nothing like Wondaleaf in the market. It’s amazing how the world is progressing so fast with 4G and 5G and all these technologies, but in terms of development in contraception, there’s hardly any movement — the condoms have been about the same for the past 100 years.

“Nothing has changed – everyone is still making the same condoms. So yes, I knew that it (Wondaleaf) was going to take off; I just didn’t know when.”

Nonetheless, he also acknowledged that the journey ‘was no walk in the park’.

In this respect, he said there were many factors that had motivated him to keep him going throughout the years.

“For example – whenever I got a grant, that was a high-time for me that day and over the next few days; that kept me moving. When the clinical trials came with good results, those things also kept me going.

“Occasionally, my colleagues or friends would tell me that this was a good product; again, that kept me going. Indeed, it has been a wonderful and fascinating journey,” he enthused.

The Wondaleaf Unisex Condom is basically a regular condom that can be attached either onto the penis or the vagina. It is equipped with an extra adhesive shield that covers the areas adjacent to the genitals for extra protection.

According to Dr Tang, there is a section of the condom that can be ‘flipped’ to adjust its usage either for a man, or for a woman.

“It is ultra-thin, at 40 micrometres, and is made of medical grade polyurethane, which is widely used in the regular condoms,” he said.

Aside from reproductive health, Wondaleaf is also about ‘universal empowerment’.

“Wondaleaf is about empowering you to take control of your reproductive health,” he said, observing that there had been positive response for Wondaleaf.

In this regard, he said he had received queries from all over the world and if given the opportunity, he would want to donate Wondaleaf to poor countries to prevent unintended pregnancies and the mass spread of sexually-transmitted diseases.

At the moment, Wondaleaf can only be purchased and distributed in Malaysia – a box is competitively priced at RM14.99, and each contains two condoms. 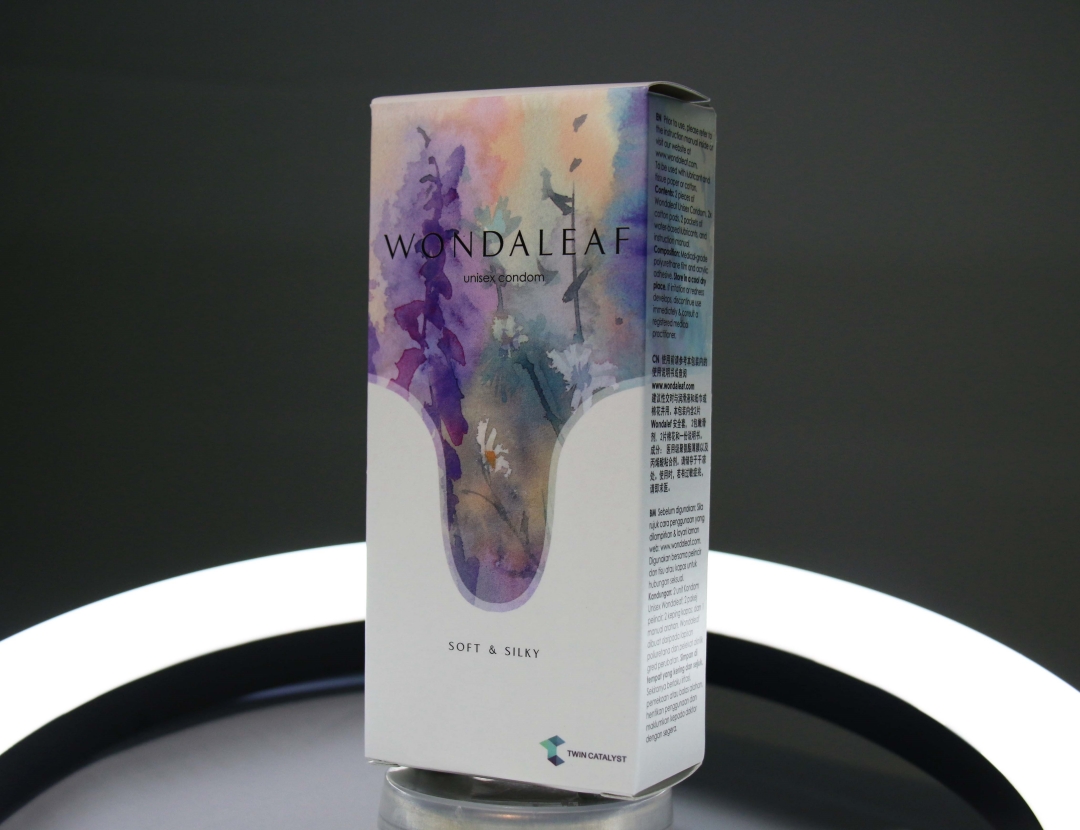 Dr Tang, who is a Royal College of Obstetricians and Gynaecologists UK Fellow, believed that young doctors had so much potential and if they had any good idea, they should ‘just go and develop it further’.

“If you need grants, the government is there to support you,” he assured, pointing out that the innovations these days are unlike those in the past, when the Internet was not available then.

“If you want to find out if anything is in the world or not, you can just Google it.

“If it’s not there, then you know it’s not there. Back in the days when Internet was not available, you needed to engage someone to do the searching, which was costly.

“Nowadays, inventing things is very easy and lots of resources are online, like how to apply for a patent,” he added.