Friday, February 3
You are at:Home»News»Sarawak»Setting-up of flood evacuation centres strictly under SDMC’s purview — Minister
For the freshest news, join The Borneo Post's Telegram Channel and The Borneo Post on Newswav. 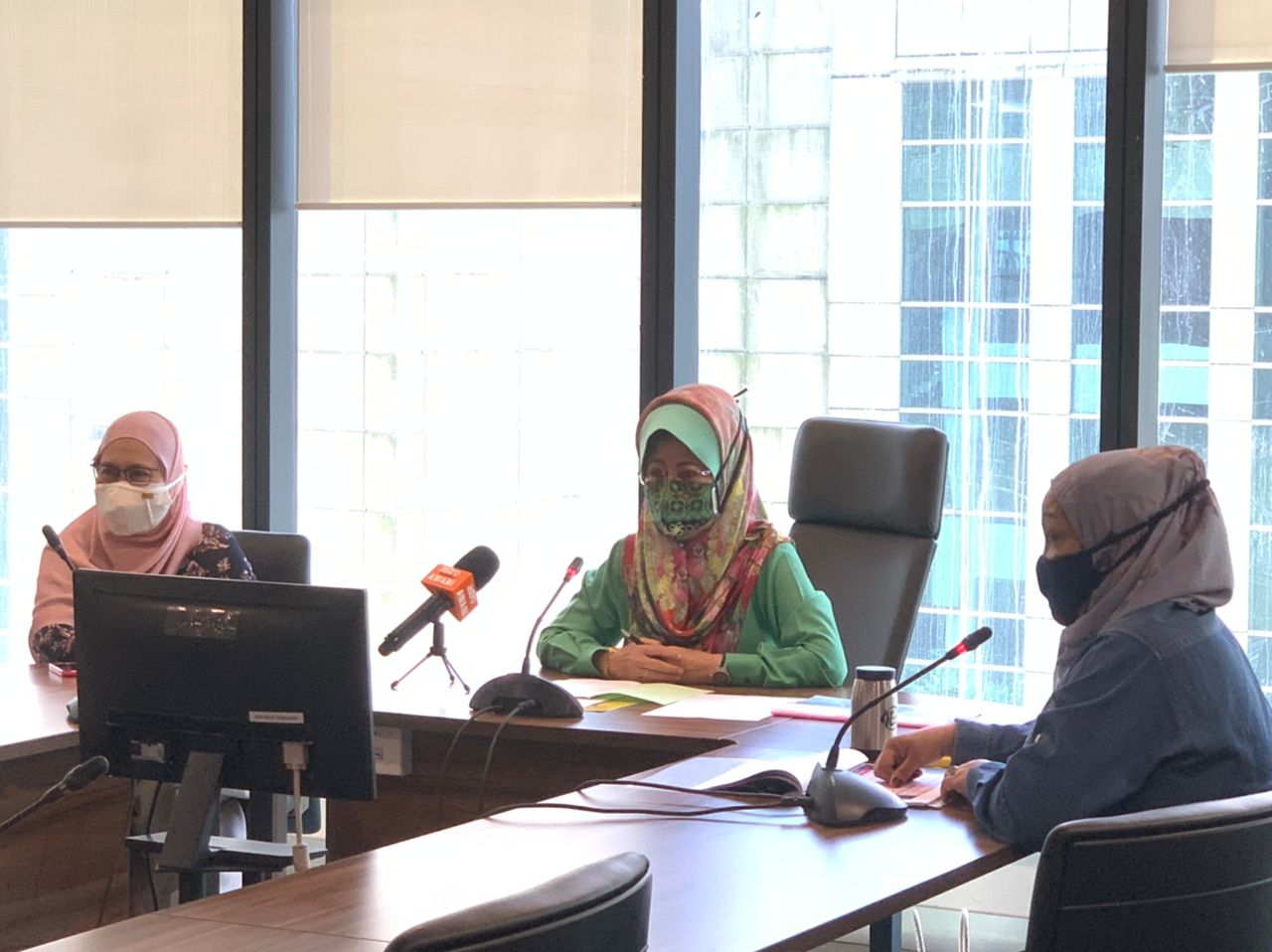 (From right) Noriah facilitates the briefing, as Fatimah and the ministry’s permanent secretary Datu Dr Rashidah Bolhassan listen on.

KUCHING (Nov 7): The setting-up of flood evacuation centres, including identifying the sites to house these temporary shelters and the arrangement of relief aid, are decided based on the discussions by the Sarawak Disaster Management Committee (SDMC).

In pointing this out, Minister of Welfare, Community Wellbeing, Women, Family and Childhood Development Dato Sri Fatimah Abdullah says members of the public who are not under the authorised rescue teams such as the firefighters or those from Civil Defence Force, cannot set up their own evacuation centres as they would not be able to obtain food and other necessary aid from the Welfare Department (JKM).

“We hope the public would understand this.

“We would arrange it in a way that the evacuees placed in a particular centre are all from the same village or zone. This is important for our secretariat’s records, where they (evacuees) can inform us who is who from their village.

“The Health Department would also be able to ensure the health and safety of villagers, especially the high-risk groups.

“During this Covid-19 pandemic, we must also ensure that there is proper distancing between the camps set up for the families in the evacuation centre,” she said during a briefing conducted by Welfare Department Sarawak director Noriah Ahmad here yesterday, where those attending discussed the department’s readiness for the coming monsoon season.

The evacuation centres identified in Sarawak for this year numbered at 631, with total capacity of accommodating 188,360 individuals.

On a related note, Fatimah regarded the forward bases as ‘still necessary in Sarawak’, in view of the residents of villages and longhouses located in the remote pockets of the state.

“These are areas that are deep in the remote areas and take quite a time to access into.

“When disaster strikes, we want to make sure that we can channel in assistance as quickly as possible. Under the JKM, we ensure that the victims would get food aid, in the form of dry food items.

“In this respect, we must have forward bases near their villages or longhouses, so that it would take less time (for them) to get food aid,” she said.

On areas easily accessible by roads, Fatimah said there would be no need for forward bases.

Adding on, she said for food distribution, her ministry had always been and would be working closely with relevant agencies like the Fire and Rescue Department in providing help to victims of floods and other disasters.

On another matter, Fatimah called upon those wishing to donate food aid to victims of disasters to do it through the JKM.

On this, she remarked: “We want to ensure the quality of the food. We want the food, no matter who provided it, to be safe for consumption.

“That is why we want any individual, corporate or NGO (non-governmental organisation) wanting to donate food aid to do it through the department so that we can coordinate and monitor the types of food items being distributed.”

Fatimah also said the expiry dates of any dry food would be thoroughly checked and monitored.

“We ensure that the expiry dates would still more than one year to go.

“Nonetheless, we have decided that after six months if there’s still no flood, we would distribute the food stored in the forward bases to those affected by emergencies like fires or landslides in any area.

“It (food stock) is not necessarily only for flood victims,” she added.

It is informed that there are currently 17 forward bases across Sarawak – two in Kuching Division, one each in Sri Aman, Betong, Sarikei and Kapit divisions, three in Bintulu Division, and eight in Miri Division.