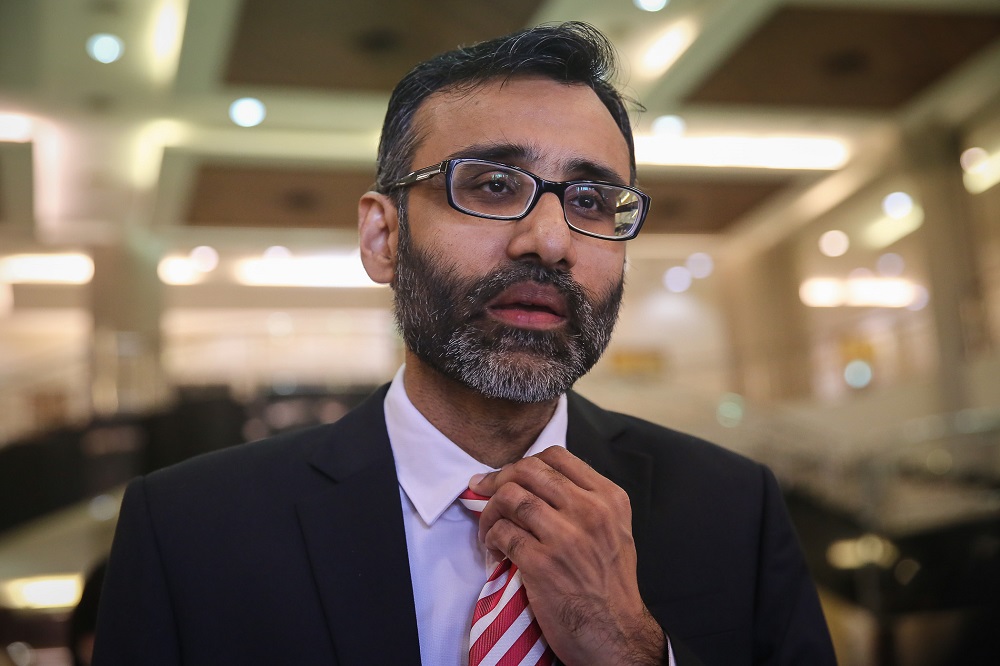 Lawyer N. Surendran said that the Singapore Court of Appeal has directed Nagaenthran Dharmalingam’s lawyers to submit all necessary written documents and affidavits at 10am tomorrow, which is exactly four-and-a-half-hours before the appeal hearing is due to commence. — Malay Mail photo

KUALA LUMPUR (Nov 8): Lawyers for Liberty legal adviser N. Surendran today said that Singapore rushing its appeal hearing against the stay of execution granted to mentally challenged death row inmate Nagaenthran Dharmalingam, who is a Malaysian citizen, was an act of denial of due process.

He also pointed out in a statement that an application filed by Nagaenthran’s lawyers for a psychiatric assessment of the client will be heard at the same time tomorrow, and that if both are dismissed, Nagaenthran’s execution will be carried out on Wednesday.

“We are dismayed that within hours of the stay being granted, the court has fixed November 9, 2021 2:30pm for hearing of the appeal,” the statement read.

“Another application filed today by Nagaenthran’s lawyers for a psychiatric assessment of his deteriorating mental state has also been fixed for 2.30pm on November 9.

“If both matters are dismissed, then the stay order would no longer have effect.”

Surendran said that the Singapore Court of Appeal has directed Nagaenthran’s lawyers to submit all necessary written documents and affidavits at 10am tomorrow, which is exactly four-and-a-half-hours before the appeal hearing is due to commence.

“Incredibly and unreasonably the court of appeal has directed late this evening that written submissions and affidavits must be filed by 10am on November 9 morning.

“No lawyer can be reasonably expected to file written submissions and prepare and file affidavits overnight.

“It is a plainly absurd direction from the court with what appears to be the predetermined intent to dismiss both sets of hearings on November 9,” he said in a statement today.

The lawyer also asked that Nagaenthran’s lawyers be granted enough time to prepare their case which involves complex issues and the life of a mentally challenged person.

“These unreasonable court directions and unholy rush to have both hearings heard in less than 24 hours amounts to a blatant denial of due process to Nagaenthran contrary to Article 9 of the Singapore Constitution,” he said.

“No criminal justice system in any country which upholds the rule of law, rushes through criminal appeals in this manner; and all the more so in a death penalty case.”

Earlier today, national news agency Bernama reported that the Singapore High Court granted a stay of execution to a Malaysian who is to be executed on Wednesday for a drug trafficking conviction.

The decision was posted on Facebook by M. Ravi, the lawyer to 33-year-old Nagaenthran.

The constitutional challenge against his execution was heard via Zoom today, two days before his November 10 execution date.

Nagaenthran was arrested in 2009 for bringing 42.7g (1.5 ounces) of heroin into Singapore.