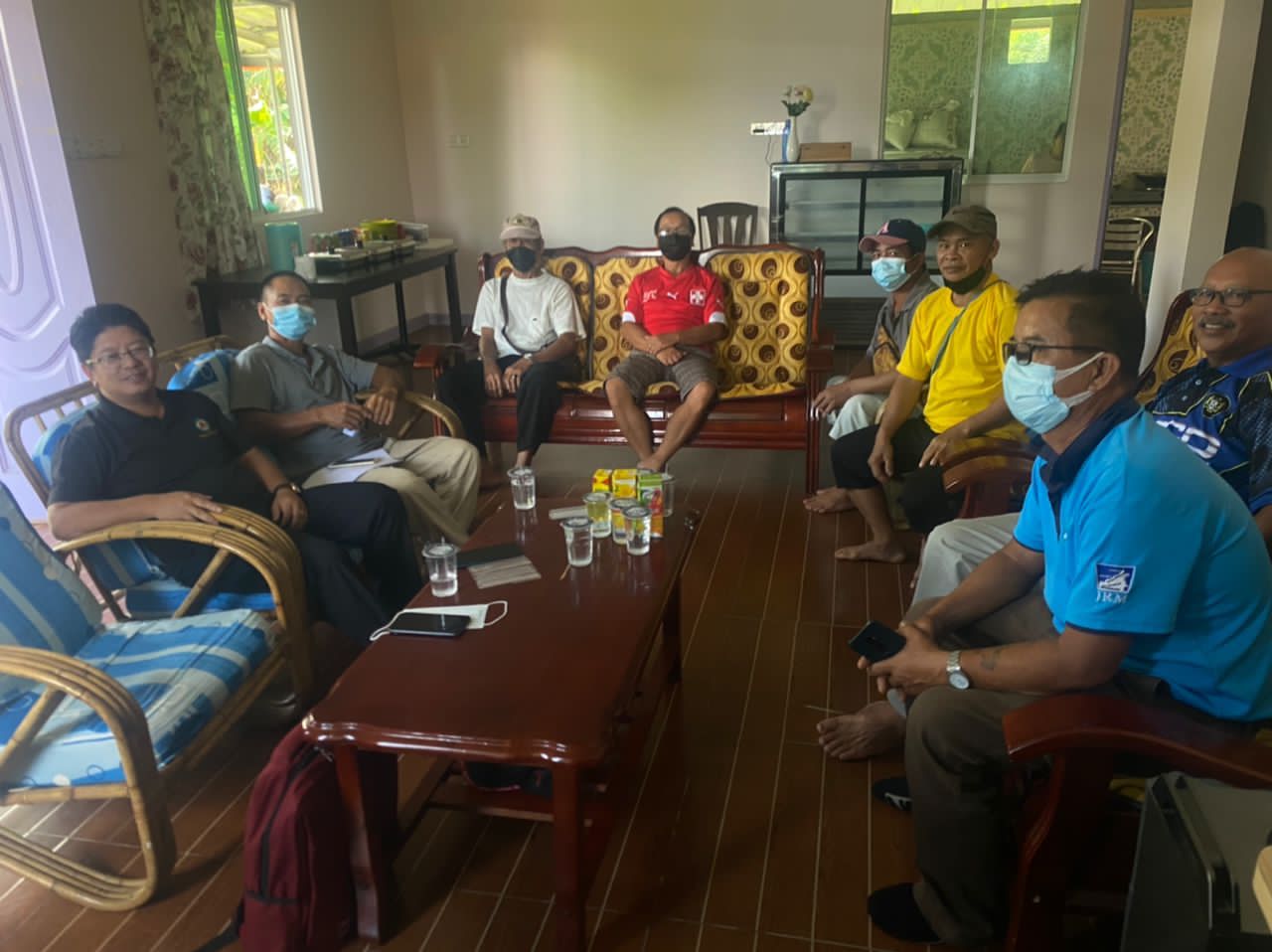 Ewon (seated left) holding a meeting with Aloysius and the other villagers of Kampung Ponopuan.

KOTA BELUD (Nov 10): The villagers of Kampung Ponopuan are making an urgent plea to the Gabungan Rakyat Sabah (GRS) government to remove their village from the forest reserve in their area.

Despite existing for nearly five decades, the village still has no access to water and power supply as it is still considered  part of the forest reserve.

According to Aloysius Pindeh, most of the villagers here work as rubber farmers and they are afraid that they might lose their income and home if the forest reserve status remains.

Aloysius, who acted as the spokesperson for his village, had met with Kadamaian assemblyperson Datuk Ewon Benedick on Wednesday to discuss the matter.

He further disclosed that the Sabah Forestry Department had also imposed conditions for supplying electricity routes.

Meanwhile, according to Ewon, the proposal to gazette Kampung Ponopuan as a village was discussed in the State Cabinet meeting on November 6, 2019.

It is understood that the Cabinet had agreed to remove the village from the forest reserve.

However, the Sabah Forestry Department could not present the cabinet papers in time as the Sabah State Assembly (under the Warisan Plus administration) was dissolved in July 2020.

The UPKO vice president added that the policy practiced by the previous Warisan Plus administration was to remove villages from forest reserves.

The policy saw a total of 3,300 hectares of forest reserves being dissolved to remove 104 villages that were inside.

This was done within the 26 months the Warisan Plus government, which also consisted of Pakatan Harapan and UPKO, was in power.

In this regard, Ewon said that he will fully support the claim made by the Kampung Ponopuan villagers.

He promised that he will bring the issue, along with the plight of seven other villages in Sungai Wariu, Kota Belud, who are facing the same problem, to the Sabah State Assembly.

During the meeting, Ewon had also agreed to fund the cost for the construction of a church in Kampung Ponopuan.