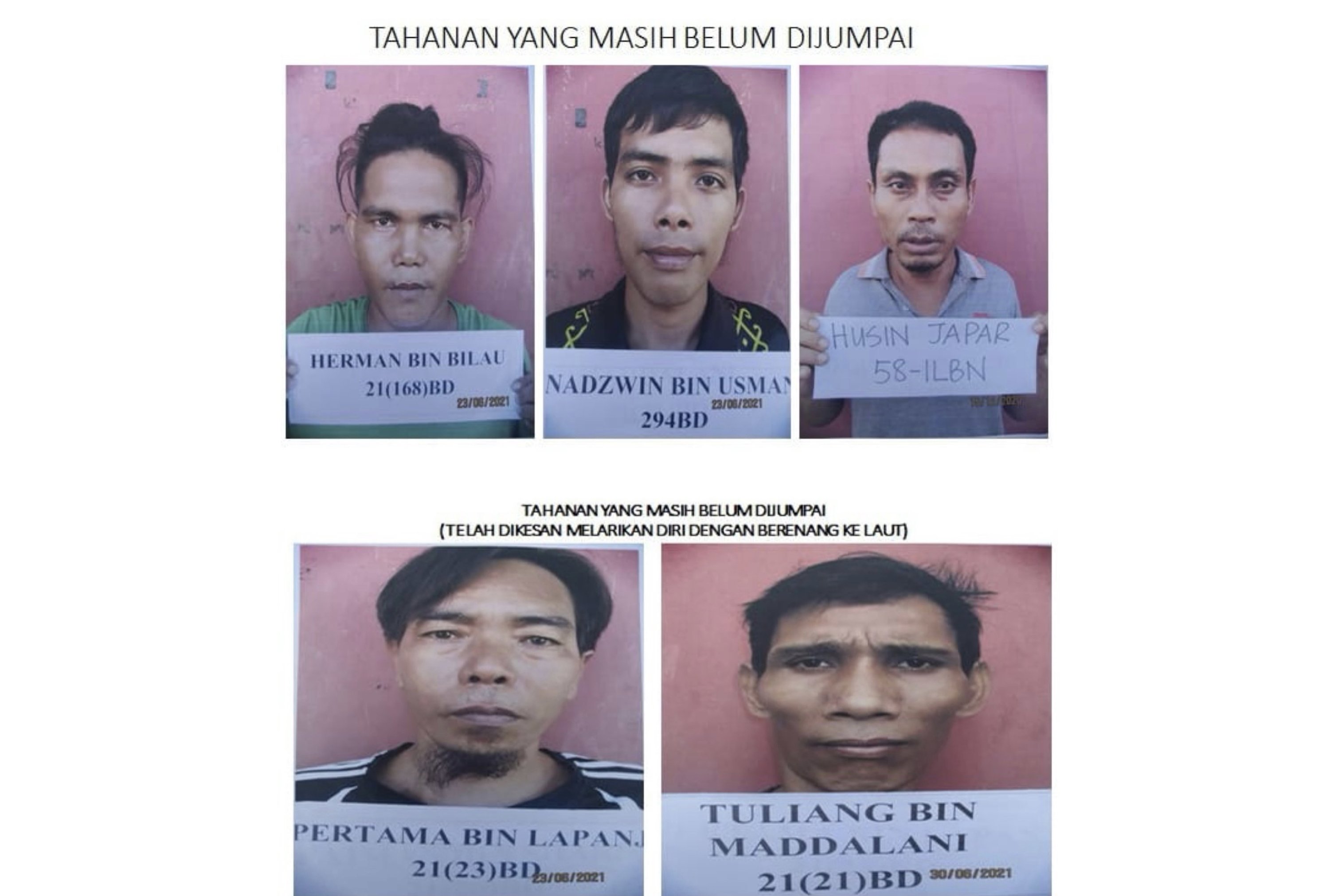 The five remaining escapees who are still at large.

PAPAR (Nov 11): Police have recaptured two of the seven detainees who escaped from the Papar Immigration Detention Centre on Wednesday morning.

Rolly Nuhbi and Paiman Sharif were arrested several hours after they escaped with 14 other detainees around 3.30am.

He urged anyone with information on their whereabouts to immediately contact the Papar police headquarters at 088-912 222 or the police hotline at 088-916 064.

The 14 male detainees made a daring escape from their cell block after prying open the roof of the male toilet before making their way to the compound. They then cut the fence surrounding the centre and fled into the dark.

Nine of them were caught the same day.