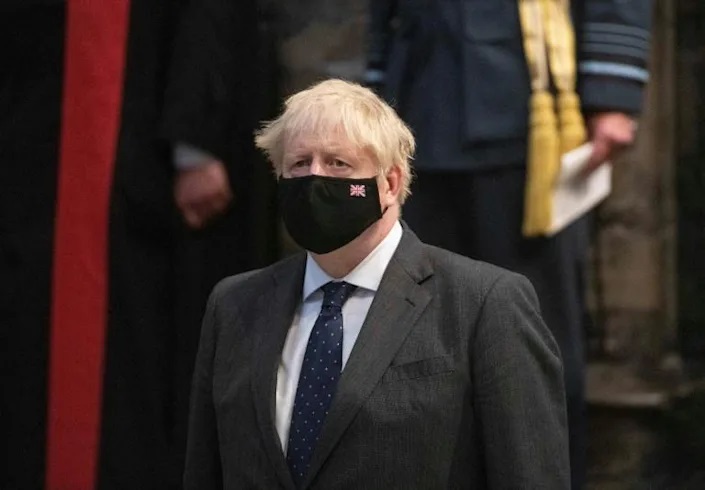 Britain’s Prime Minister Boris Johnson wearing a protective face covering, attends a service of Thanksgiving and Rededication to commemorate the 81st Anniversary of the Battle of Britain at Westminster Abbey. – AFP file photo

LONDON (Nov 14): British Prime Minister Boris Johnson yesterday called the deal struck at the UN COP26 climate change summit “a big step forward” but warned there was “a huge amount more to do”.

“There is still a huge amount more to do in the coming years,” Johnson said after the Glasgow summit.

“But today’s agreement is a big step forward and, critically, we have the first ever international agreement to phase down coal and a roadmap to limit global warming to 1.5 degrees,” he added.

Nearly 200 nations came together on the global deal to combat climate change after two weeks of painful negotiation, but fell short of what science says is needed to contain dangerous temperature rises.

British leader Johnson, whose government hosted the event, said “we asked nations to come together for our planet at COP26, and they have answered that call.

“I hope that we will look back on COP26 in Glasgow as the beginning of the end of climate change, and I will continue to work tirelessly towards that goal,” he added.

Britain’s COP26 president Alok Sharma rounded up the marathon negotiations telling delegates: “It is now decision time. And the choices you are set to make are vitally important.”

But China and India insisted that language on fossil fuels be weakened in the final summit decision text. — AFP