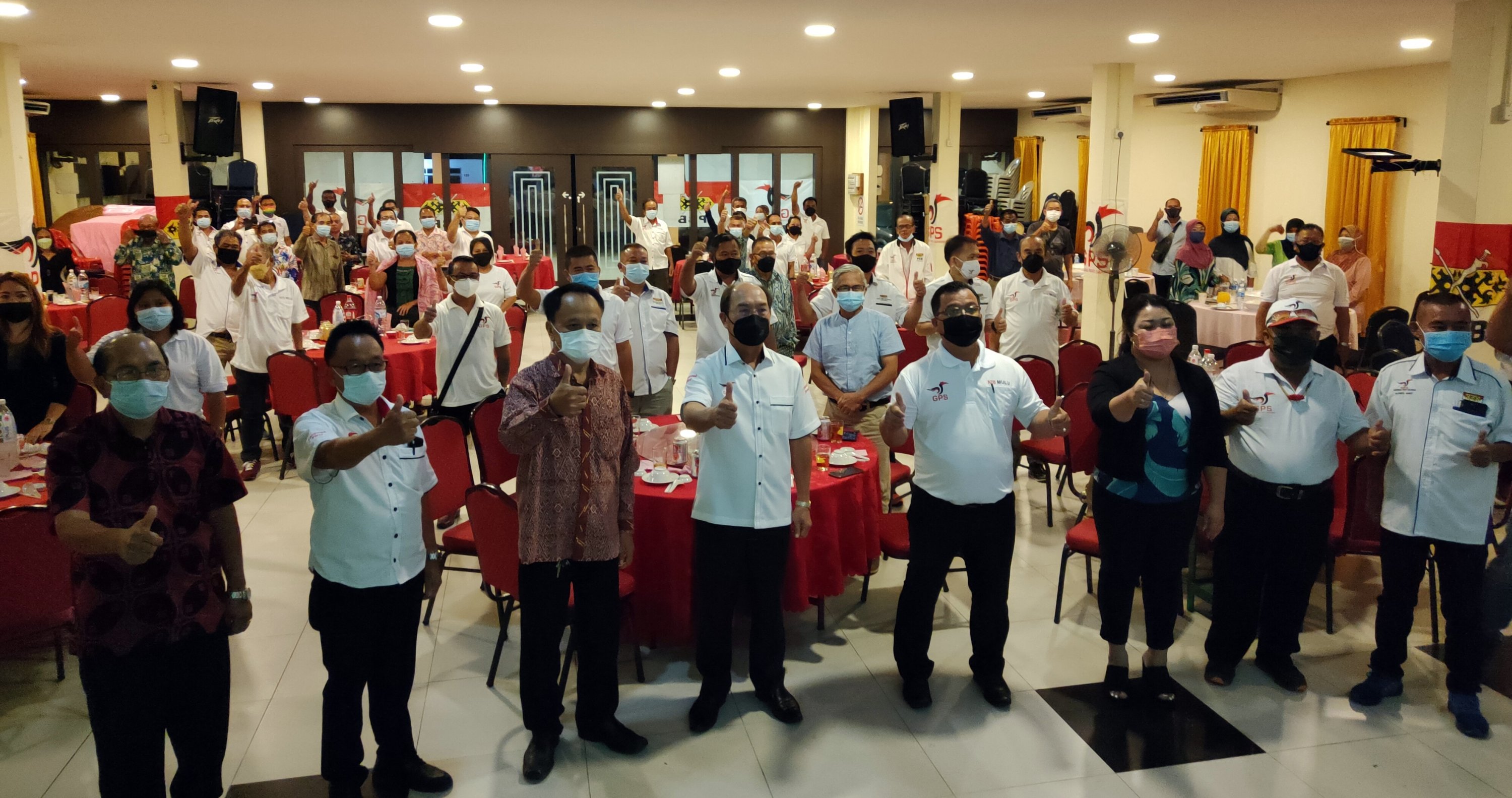 Gerawat (fourth left) and PBB youth members give their thumbs up during a photo call at the event.

He said this is despite the restrictions that will be in place due to the election standard operating procedures (SOP).

“The 12th state election will be very different from before this as we will need to adhere to the SOP when we run our campaign but I’m sure the people and voters will understand the present situation.

“So through this campaign, we hope that the information (disseminated) will reach the people of the various longhouses or villages,” he said at the “Jelajah Mesra Pemuda 4.0 N78 Mulu” event held at a restaurant last night.

Gerawat also expressed confidence that the local people, including those in the remotest area in Mulu state constituency, have seen the progress and development that have been brought by the ruling coalition in the last term.