Wednesday, February 8
You are at:Home»Advertorial»Sabah, Sarawak the biggest recipients of Budget 2022
For the freshest news, join The Borneo Post's Telegram Channel and The Borneo Post on Newswav. 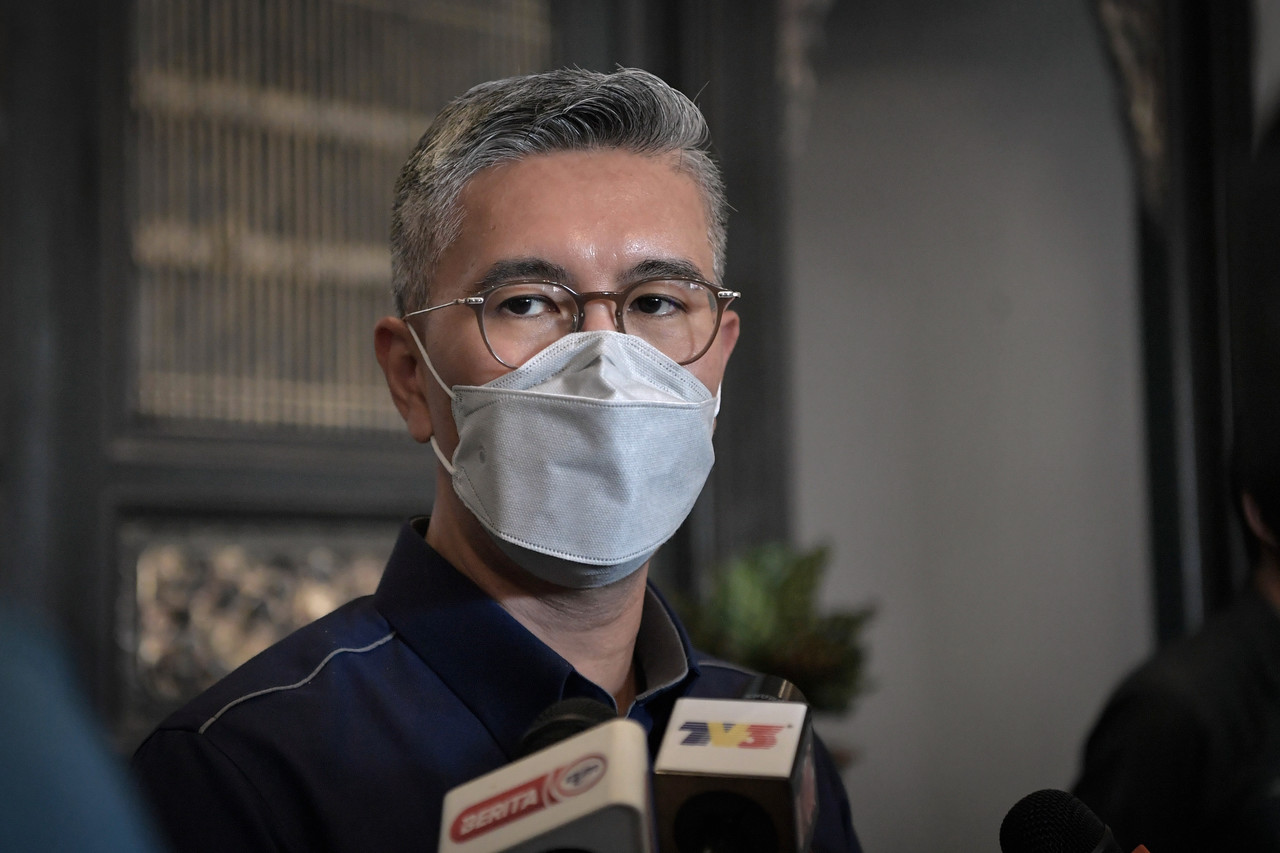 PUTRAJAYA (Nov 14): Sabah and Sarawak received a development expenditure allocation of RM5.16 billion and RM4.67 billion respectively under Budget 2022, which was tabled in the Dewan Rakyat recently.

To comment on the tabling of the budget, The Borneo Post interviewed the Minister of Finance, Tengku Datuk Seri Zafrul Tengku Abdul Aziz in Putrajaya recently:

Question: In the opinion of Tengku Datuk Seri Zafrul Tengku Abdul Aziz, is this allocation sufficient for the growth of the two states?

Tengku Zafrul: We at the Ministry of Finance are always looking at the needs of our country as a whole to ensure that we can maximise development potential of each state and we try to close the income gaps as much as possible.

Therefore, all allocations are made based on these principles so that all states are able to develop their respective people.

In line with the objective of driving the state’s growth, priority is given to road and basic rural basic infrastructure.

RM2 billion is provided to continue the construction of the Pan Borneo Highway. The allocation for rural infrastructure development, especially rural roads, rural electricity supply and rural water supply for Sabah and Sarawak is RM1.5 billion.

To ensure a comfortable and safe learning environment, RM649 million has been allocated to upgrade dilapidated schools with 112 projects in Sabah and 165 in Sarawak.

There is also an allocation of RM24 million under the child health program where the government has set up Bank Susu Ibu for premature babies in Neonatal Care units in hospitals in the country such as in Sabah and Sarawak.

The government will also help boost economic development in Sabah and Sarawak with a special allocation of RM20 million for each state for projects involving food security, tourism and the preservation and conservation of the environment.

A total of RM284 million is provided to implement development projects under the Sabah and Sarawak corridor authorities aimed at driving economic growth through projects such as the Samalaju industrial park infrastructure and the expansion of Sepanggar Port.

Through the projects and allocations provided, the Government is confident to achieve the average Gross Domestic Product growth target for the period 2021 to 2025 of 6.4 per cent for Sabah and 5.3 per cent for Sarawak.

Question: Which sector in Sabah and Sarawak that, in your opinion, will be the main beneficiary under the Budget 2022 initiative?

Tengku Zafrul: As mentioned above, many sectors in the two states will benefit under Budget 2022. The manufacturing, agriculture and tourism sectors are among the sectors that will benefit from the provision of communication infrastructure, agricultural subsidies as well as border reopening and economic recovery.

Many key sectors will also benefit from the JaminKerja program, which has been allocated RM4.8 billion including employment incentives and skills upgrading programs. We also have the Semarak Niaga initiative worth RM40 billion which covers financing for Small and Medium Enterprises (SMEs) as well as RM1.8 billion for micro credit.

The tourism sector in particular will benefit from the extension of the wage subsidy for 3 months with an allocation of RM600 million.

The focus on development allocations will benefit the social sector, especially the health, education, transport and business sectors.

To further enhance security control, the Government will add eight more General Operations Force monitoring posts in Pagalungan, Sabah and Temong Mura, Sarawak. For this, we have allocated RM2.2 million, while four more new immigration gateways will be added at Telok Melano and Baleh in Sarawak.

Question: What is your opinion on efforts to improve the living standards of the people of Sabah and Sarawak, especially in rural areas?

The government is also prioritising the enhancement of digital networks in Sarawak, especially in rural areas. This can help those involved in business to also venture into e-commerce. Students will also be able to follow online learning more easily.

Thus, Sabah and Sarawak remain the largest recipients, accounting for more than 30 percent of the total grants to all state governments.

Question: What are your hopes for the people of Sabah and Sarawak and how can the 2022 Budget help them?

Tengku Zafrul: The 2022 Budget is designed to benefit all parties in line with the Keluarga Malaysia concept which ensures that no one will be marginalised in the country’s recovery agenda following the hardships brought on by the Covid-19 pandemic.

The government does not want to see anyone marginalized and has allocated RM1.5 billion in 2022 for basic infrastructure for Sabah and Sarawak. These include construction of rural roads, upgrading bridges as well as the provision of treated water, alternative water supply and electricity.

A total of RM2.5 billion has been allocated for this purpose for the whole country next year, where Sabah and Sarawak will enjoy the bulk of the allocation, amounting to RM1.5 billion or 60 per cent of the total allocation.

In addition, the National Digital Network Initiative (JENDELA) is being rolled out to provide wider network coverage and a better broadband quality service for the people, including those in Sabah and Sarawak.

Various initiatives have been put in place to enhance connectivity to ensure that no one is left behind in the current development of the country.

Question: What is your view on comments that Sabah and Sarawak are often neglected compared to other states in Peninsular Malaysia?

Tengku Zafrul: This is an unfounded view. As detailed above, these two states have been allocated billions of ringgit for infrastructure, social and other projects. The 2022 Budget is based on the spirit of “Keluarga Malaysia”, where no one is left out. It’s an inclusive Budget – one which is based on needs.

The government has organised dozens of engagement sessions and received tens of thousands proposals and memorandums from all over the country, including from Sabah and Sarawak. Appropriate inputs have been included in the 2022 Budget in line with the aspirations of stakeholders and the government.

Question: How do you see the mobile bank service being improved from time to time, in terms of location placement or service offerings?

Tengku Zafrul: Mobile banking services are being planned to be expanded especially in Sabah and Sarawak, and the financial institutions participating in this initiative are now identifying suitable locations for mobile banks to operate, based on areas that do not have sufficient financial access points.

Among the things that can be improved by mobile banks are for banks to raise consumer awareness and understanding of digital finance.

This includes helping and teaching users how to access online banking facilities (internet/mobile banking) so that users can familiarise themselves with digital banking and can continue to conduct banking transactions easily no matter where they are.

Question: Does the Ministry of Finance have any plans to collaborate with banks other than Bank Simpanan Nasional (BSN) to expand the network of mobile banking services?

Tengku Zafrul: The Ministry of Finance has offered several local financial institutions to participate in this mobile banking initiative apart from BSN.

Previous ArticleSTB out to ensure travelling SOPs in place as state welcomes back tourists
Next Article Willie supports setting up of joint committee to address soaring fertiliser, pesticide prices