Saturday, August 13
You are at:Home»Features»The determined folks of Rumah Bulin

All members of this community at Sungai Saeh work together to ensure education for their young, good livelihood for all households and development for their village 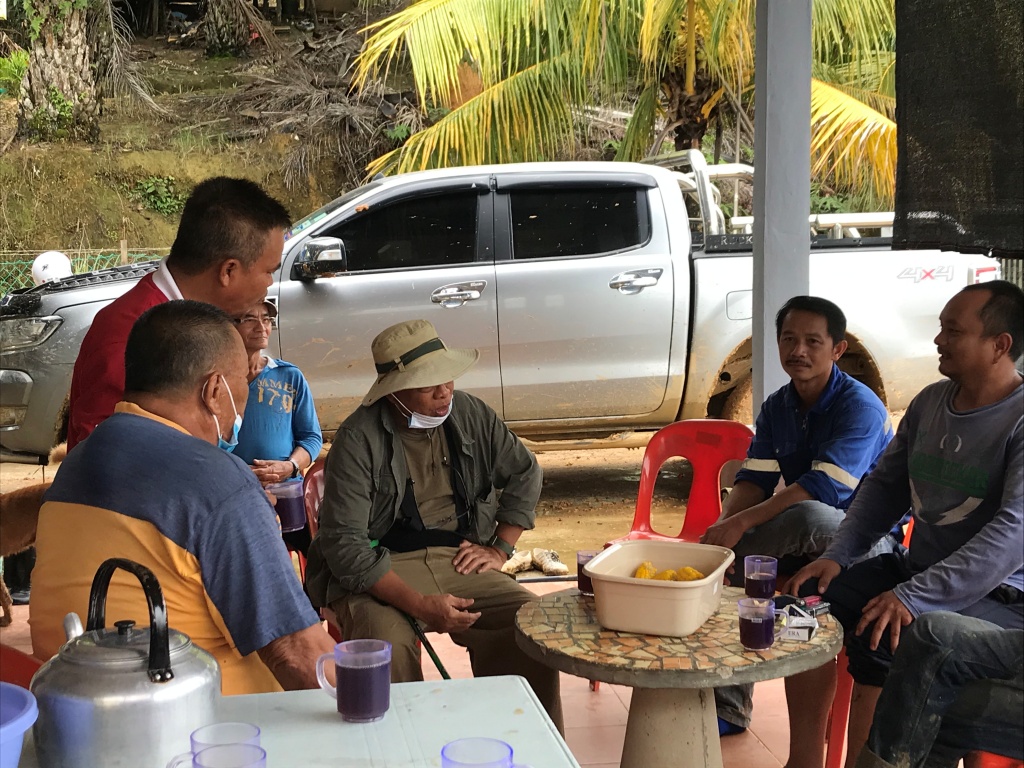 Bulin (standing) and his JKKK members engage in a discussion.

BY its name, Rumah Bulin is not exactly a longhouse, although it was one when it was established in the 1920s.

At that time, 12 Iban families came together to undertake paddy-farming on a piece of land located between the towns of Bekenu and Batu Niah, which was given to them under the goodwill of the British colonial government back then.

Records showed that these Iban men, women and children were originally from the Skrang area.

It was fortunate for them that their new settlement was sited along Sungai Saeh, a tributary of Niah River, which was vital for household needs and also for transportation during the early days.

Today, the community owns and manages oil palm estates covering an area of about 70 hectares, apart from other smaller-scale farming activities. 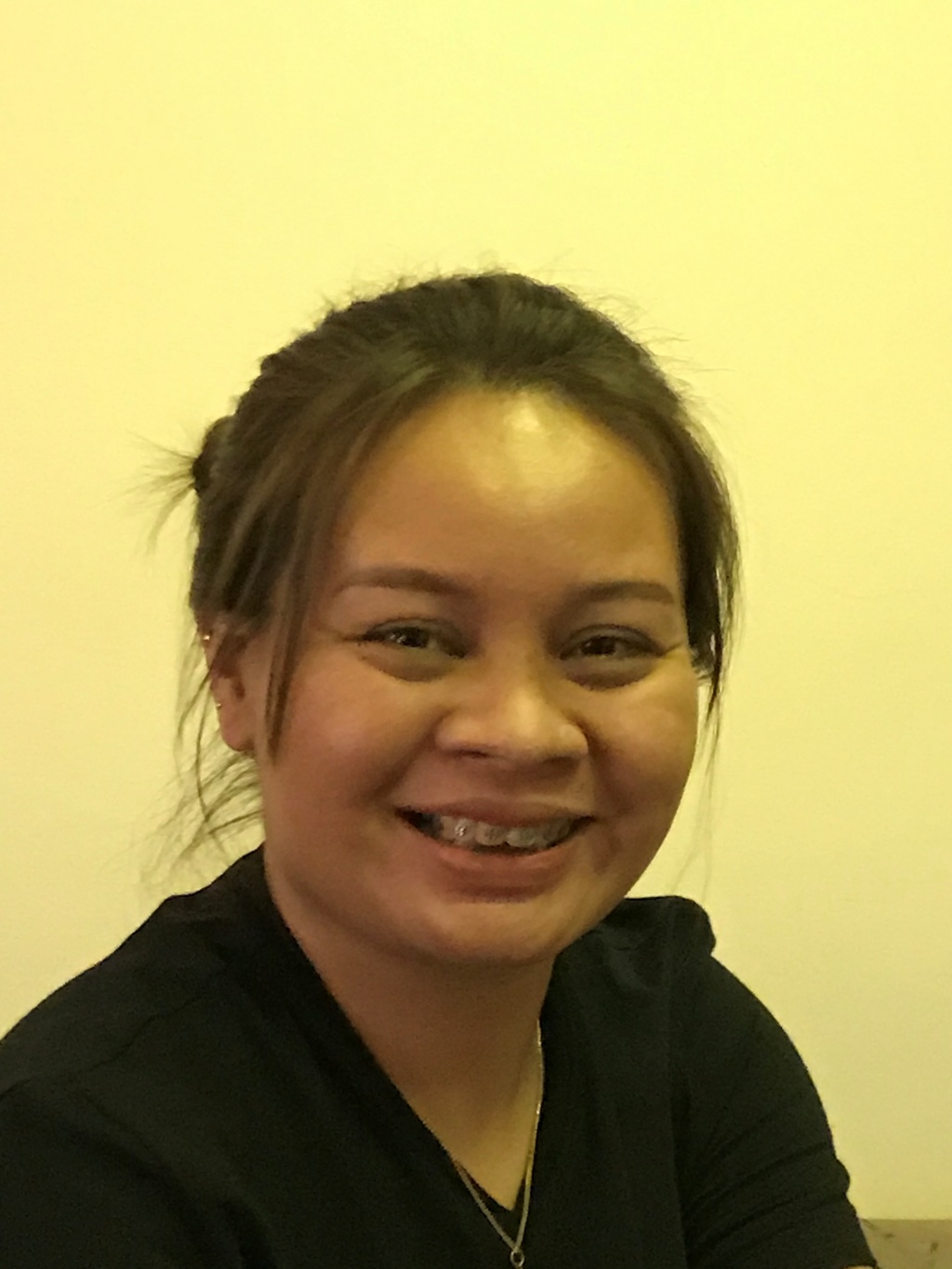 Sherrie Bulin, a fourth-generation descendant of one of the pioneer settlers, said the village population’s growth had been quite slow.

“The number of villagers has not changed drastically over the years. Some families remain here, while others have moved out to seek greener pastures elsewhere.

“There have also been men from other areas coming to look for jobs, primarily in the logging areas across Sibuti and Bekenu. Many married the local women, like my father.

“What I can say is this is a very close-knit community,” she told thesundaypost in Miri. 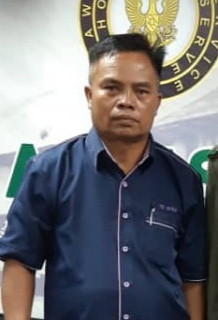 Her father, Bulin Nyalu, is the present ‘Tuai Rumah’ (chieftain).

Sherrie said he met her mother while working at a private timber company near Sungai Saeh.

“When my maternal grandfather TR Busang Unchat, who was the chieftain then, passed away, the responsibility of leadership fell upon my father.

“In many Iban longhouse communities, it is democratically accepted that the son-in-law of a chieftain can take on the ‘Tuai Rumah’ mantle, provided that he has shown good leadership qualities,” she said.

As mentioned before, Rumah Bulin was originally a longhouse with 18 ‘bilek’ (household units), before fire destroyed everything 10 years ago.

As they rebuilt their lives, the villagers thought that they should build individual units, or bungalows, instead of the traditional longhouse.

Such decision was deemed very unique, even in this present day.

So in the end, the families built their own bungalows, each with its own individual architecture and style, but they were all considered collectively as one ‘kampung’ (village) under the leadership of one ‘Tuai Rumah’, just like the longhouse system.

Every villager would be involved in any decision-making, and would remain loyal to their elected chieftain.

Earlier this year, the writer joined a few friends in a goodwill visit to Rumah Bulin, where we gave away brochures and sample photos of Iban basket patterns to the womenfolk there.

The three-hour drive from Miri was pleasant – upon arrival at Rumah Undi, we parked the car at the primary school there.

By observation, the good tar-sealed road reached right up to that longhouse.

However, the same could not be said for the 4km dirt road linking Rumah Undi and Rumah Bulin.

We then used a couple of four-wheel drive vehicles (4WDs) – the best means to tackle such condition – to reach Rumah Bulin.

Notwithstanding this, we could see that the solidarity amongst the villagers was as strong as the ‘Rock of Gibraltar’.

According to Sherrie, this was clearly demonstrated during the more stringent Movement Control Order (MCO) phase of the Covid-19 pandemic.

“It was a difficult time, and all of us were very careful. Floods did occur – at times, the level would reach up to the waist. During the floods, all men and women did not go to their oil palm estates or their farms.

“If we knew that a longhouse near our ‘kampung’ was under lockdown, we would keep our area ‘sealed off’ and not receive visitors.

“We now use mobile phones to communicate; we’ve always been self-sufficient

“We’re near enough to the petrol station to get our fuel supply. Our children are not at school and at the moment, they have online lessons – no problem with that.

“The majority of the people at Sungai Saeh are doing quite well, earning good incomes from the oil palm estates. They have bought mobile phones for their children for use in online learning,” she elaborated. 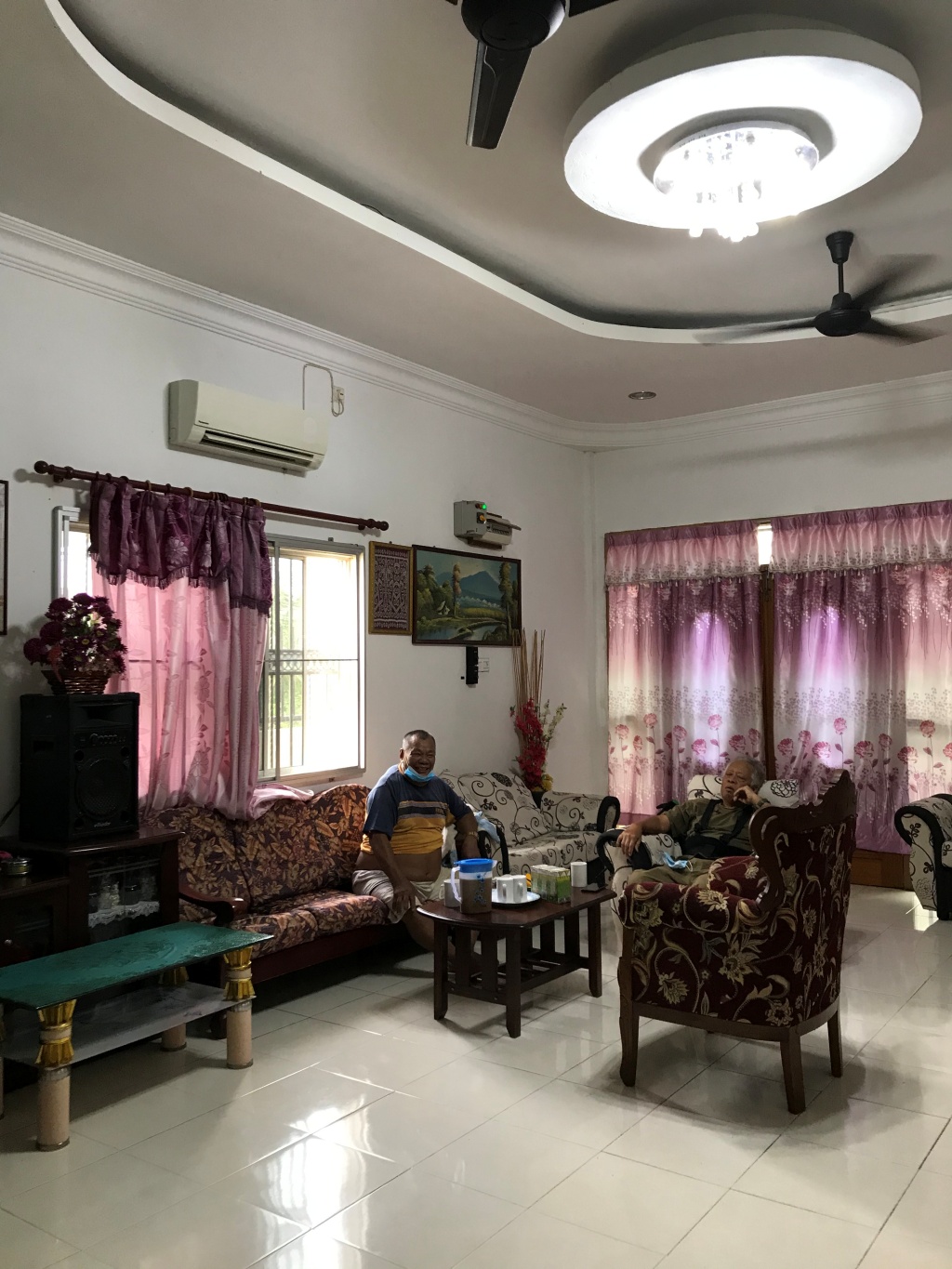 The living room of Gerina Nunga’s residence at Rumah Bulin looked like one of those featured on a high-end women’s magazine – it was decked with classic furnishings, but the ambience was that of modern elegance.

That section, as well as the whole house, had tiled flooring and almost every corner had air-conditioning.

With three bedrooms and three bathrooms, the house was significantly much better than most landed residential properties in Miri.

According to Gerina’s wife Empat Baring, who is Sherrie’s grand-aunt from her mother’s side, the family had engaged a contractor from Miri to build the house at a net cost of only RM120,000.

Apart from Gerina and Empat, the current occupants of the house include their son, his wife and the couple’s young son.

Gerina and his son run the family’s oil palm estate. 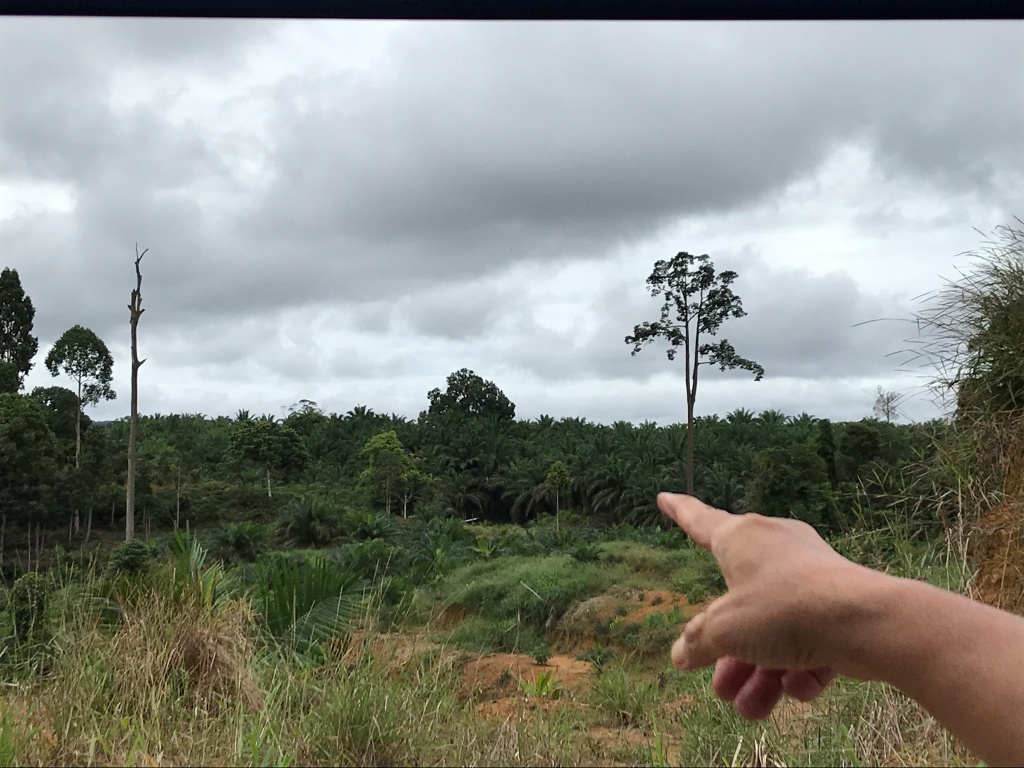 Bulin points at a section of the community’s land – some already planted with oil palms, and some still undeveloped.

One of Gerina’s daughters lives with her family in Permyjaya, where she runs a bistro together with her husband.

During our visit, Madam Empat served us espresso brought from Kuala Lumpur by her other daughter, who is currently working in Miri City.

We were very fortunate to have been treated to a sumptuous lunch, prepared by Sherrie’s mother Sloha Bungan.

Indeed, the head of the women’s section of Rumah Bulin security and development committee (JKKK) had cooked up a feast, with help from her assistants. 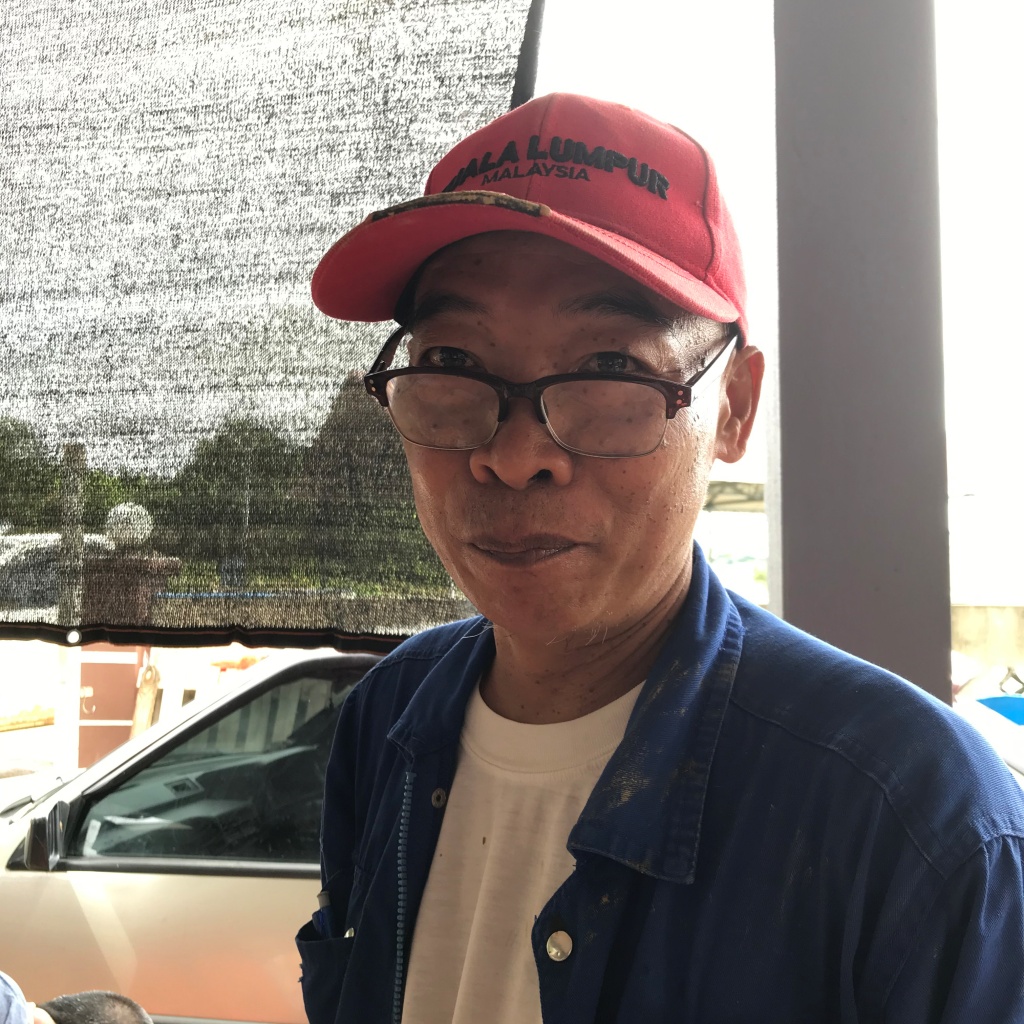 We were joined by other guests, who arrived in their 4WDs, including one Tony Tajak who had come to give a talk on modern mapping for the villagers’ land.

It was what the corporate people would call ‘a power lunch’.

The first settlers of the area planted rice at first, but in the 1930s, the government introduced rubber, which they later cultivated along the riverbank (Sungai Saeh).

At the time, longboats were the main means of transportation between the settlement and Bekenu town in Sibuti. 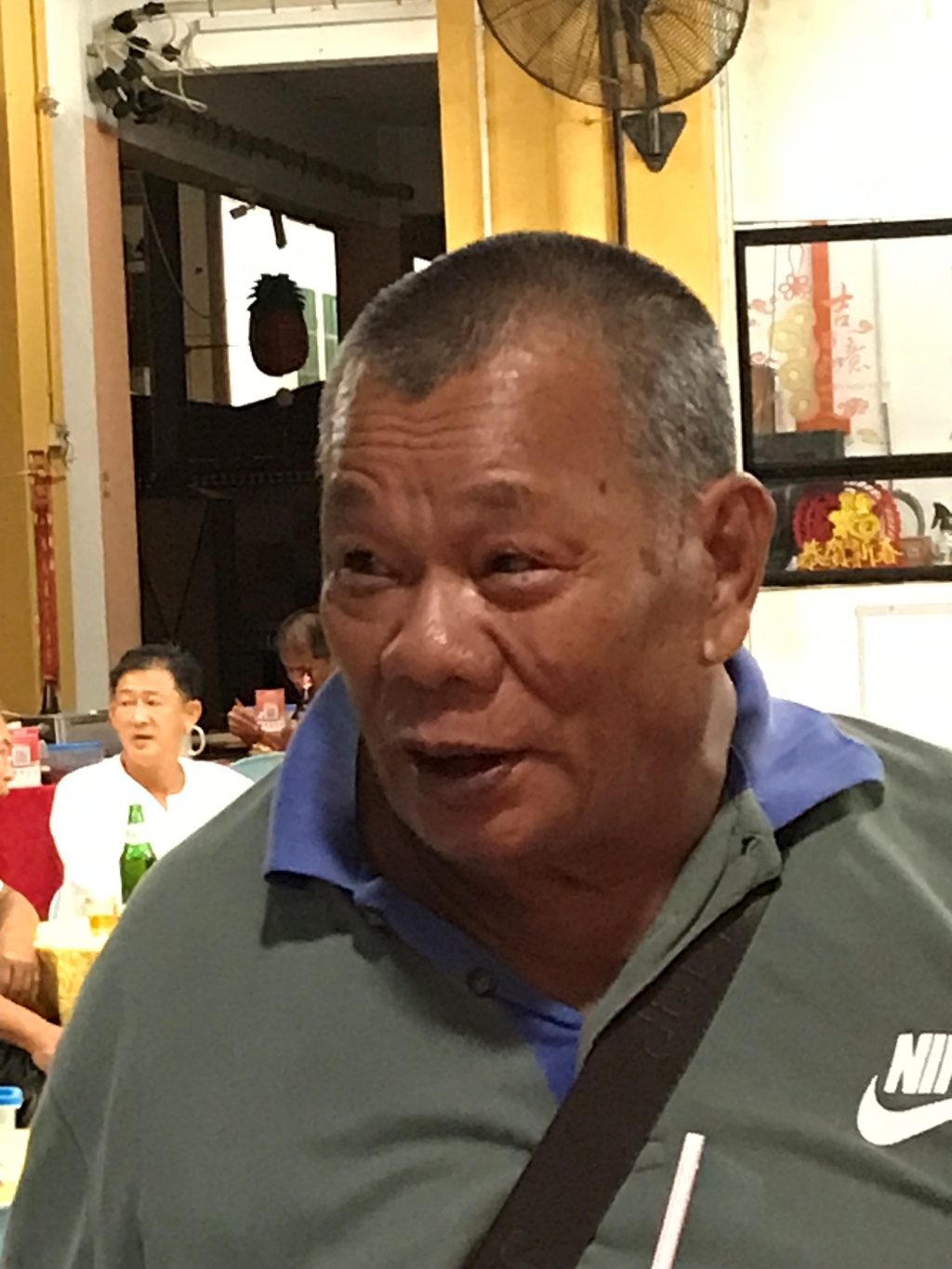 Gerina said almost all the womenfolk tapped rubber in the early days.

“So, the area had two crops – one for food, and the other, a cash crop – both supporting the community.

“In those days, men and women worked together in planting rice at the beginning of the cycle. Once the paddy stalks were up, the men would go off to work in the timber companies or even further up to Brunei, to earn perhaps 10 dollars a day.

“After three months of working, they would return home with some cash and buy all the household groceries and other supplies.

“This homecoming would coincide with the rice-harvesting. So again, the men and women would work together.

“By then, there would be several fully-grown rubber trees, all ‘ripe’ for tapping.

“The system in those days was considered very sustainable, because we did not really need that much cash,” said Gerina.

Then about 20 years ago, oil palms were brought in by the big companies, he added.

In no time, the ‘kampong’ (village) was surrounded by ‘outsiders’ who brought along tractors, bulldozers and huge trucks.

“They also brought in Indonesians to work the land, which was cleared very rapidly; the hills were levelled too,” recalled Gerina.

By then, Bulin, his father-in-law and all the other relatives decided to join ‘the new agriculture game’ – planting oil palms. They cleared over 100 hectares of their communal land – at least, they thought it was the land given to them by the government.

This investment paid off.

However, they have a bit of land issue at the moment, which hopefully, would be solved soon.

Another thing was that after a long period of negotiations with the neighbouring plantation owners, the people of Rumah Bulin realised that a good relationship must be established and developed towards creating a win-win situation.

One for all, all for one

“For now, the ‘kampong’ folks are doing fine, as they are able to sell the ‘sawit’ (oil palm) fresh-fruit bunch to the mills at top prices,” said Bulin, adding that throughout the years, everyone had been pulling their weight in every endeavour and undertaking that involved the whole community.

In this respect, he specially commended the womenfolk.

“Many times, the women play the more important roles. I have always engaged the women in our official meetings because this is the way forward.

“They also insist that the children must be educated.

“My wife had attended school in Sibuti. Sherrie, her sisters and their peers are university graduates. The majority of our educated women have jobs in the government, and also in the corporate world,” he said. 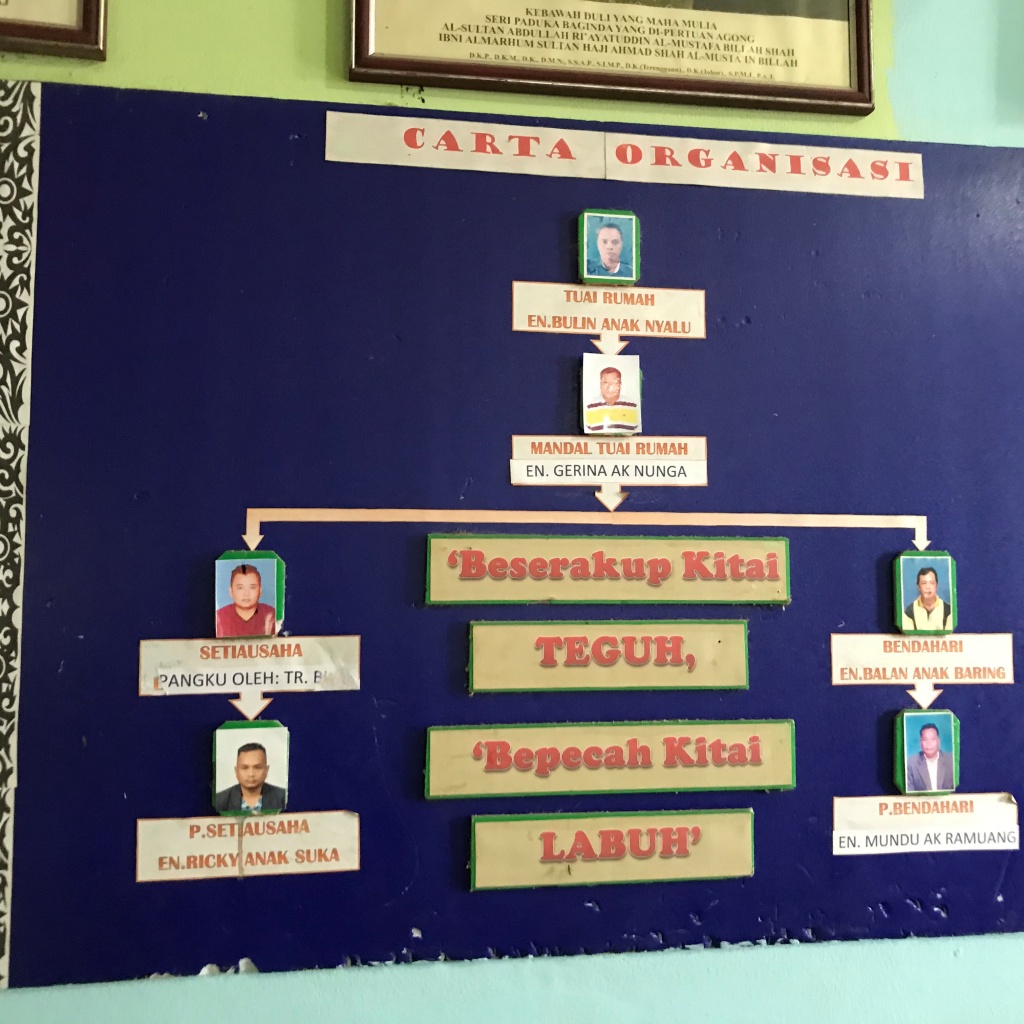 Bulin and his JKKK team always update one another through the group chat.

They also keep in constant touch with the neighbouring plantation owners and exchange with them information related to operations.

Social media is also the platform that his fellow villagers use to access information.

“I believe in moving my community, both the men and the women, forward in a progressive and democratic manner.

Previous ArticleCapitalising on her love for ‘taufufa’
Next Article Malaysia sees 55 more Covid-19 deaths, Sarawak most per one million people