Friday, August 19
You are at:Home»News»Nation»Malaysia adds another 45 deaths from Covid-19, tally stands at 29,676 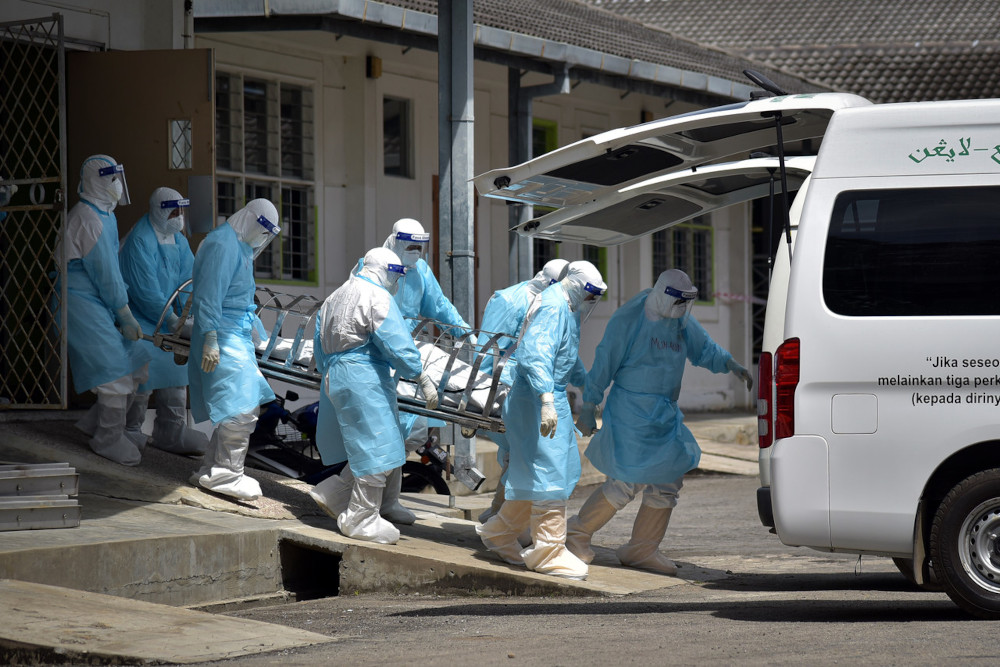 Health personnel transport the remains of a Covid-19 patient for burial. — Bernama photo

KUALA LUMPUR (Nov 15): The Ministry of Health (MoH) logged 45 more deaths due to Covid-19 yesterday, bringing the country’s death toll from the disease to 29,676.

Data from the ministry’s CovidNow website shows that 12 of those people lost their lives before being brought to hospitals.

In the past two weeks, an average of 43 Sarawakians per one million people have died due to Covid-19 in the state, making it the highest death rate among states and federal territories in the country.

Kuala Lumpur had 10 while Selangor had 11 deaths per million people as of today.

Labuan and Putrajaya meanwhile, recorded no deaths in the past fortnight.

Taking into account all Covid-19 deaths in the same two-week period, 315 deaths comprised those who were fully vaccinated, 31 partially vaccinated and 226 individuals were unvaccinated.

Deaths involving adolescents aged 12 to 17, and children below 11 accounted for one fatality each.

Of the total infected in the same time period, 555 were Malaysians with 329 comprising males and 243 females.

The latest update on CovidNow showed the breakdown by states and federal territories, with Selangor recording the highest — 1,266 cases.

The lowest cases were logged in Putrajaya, Labuan and Perlis — with 66, 17 and 11 cases respectively.