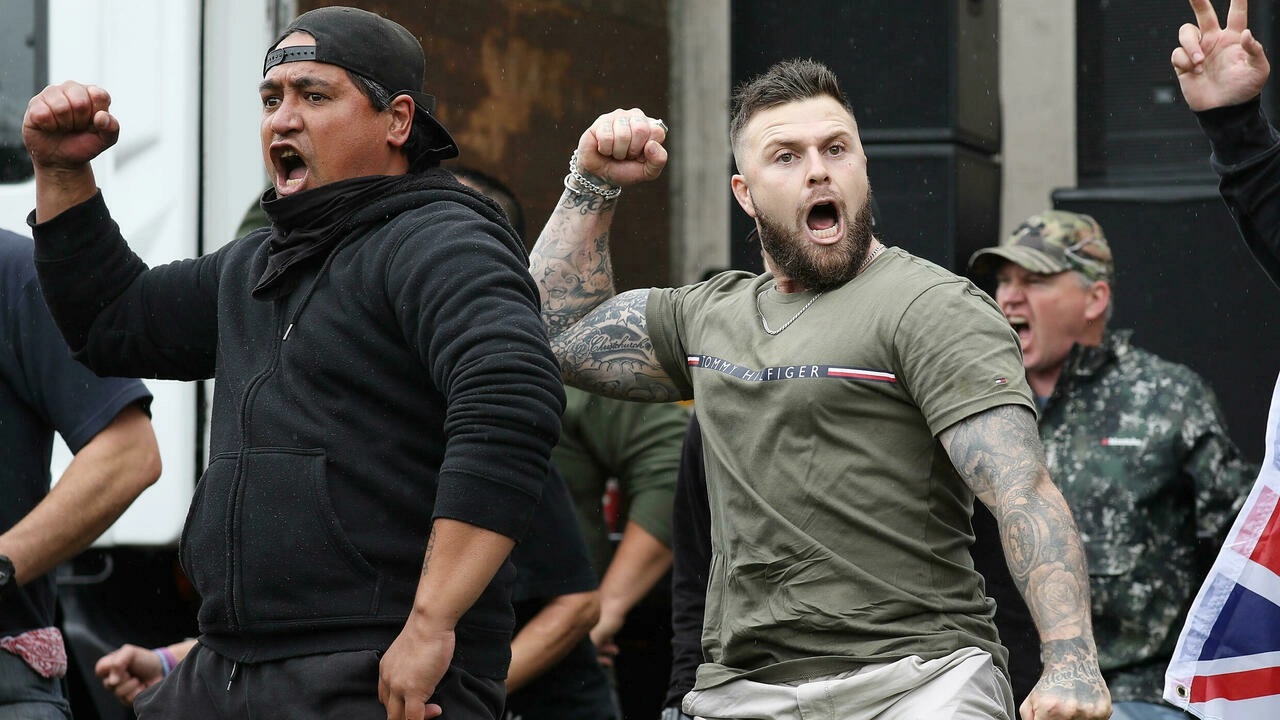 Activists perform a haka during a protest to demand an end to Covid-19 restrictions and mandatory vaccination in Christchurch on November 13, 2021. – AFP photo

The Ngati Toa — a tribe or iwi in Maori — is recognised under New Zealand law as the cultural guardian of the Ka Mate haka, which has featured prominently at recent protests against coronavirus-related restrictions.

“Ngati Toa condemns the use of the Ka Mate haka to push and promote anti-Covid-19-vaccination messages,” the tribe, based just outside Wellington, said in a statement.

Maori haka come in many forms but Ka Mate — which has been performed by the All Blacks ahead of rugby Test matches for more than a century — is by far the best known.

The foot-stomping, eye-rolling ritual is firmly entrenched in New Zealand culture and is often used at significant social events such as weddings or funerals.

Ka Mate is Ngati Toa’s haka, composed by the warrior chief Te Rauparaha around 1820 to celebrate his escape from a rival tribe’s pursuing war party.

Parliament passed a law in 2014 recognising Ngati Toa as custodians of the haka, although the legislation does not include penalties if it is misused.

The iwi has previously spoken out against commercialisation of the haka and versions that satirise or disrespect the ritual.

“Many of our tupuna (ancestors) lost their lives in previous pandemics and our iwi suffered greatly,” he said.

“We are absolutely clear that the Covid-19 vaccine is the best protection we have available to us, and we are committed to supporting our whanau (family) to get vaccinated as soon as possible.”

New Zealand has adopted a tough Covid-19 response, including hard lockdowns and tight border restrictions, which has seen it record only 33 virus deaths in a population of five million.

However, protests have grown amid implementation of “no jab, no job” policies, attracting several thousand in major cities.

Many of those performing the haka at demonstrations are Maori and Prime Minister Jacinda Ardern said young indigenous people in particular were facing a barrage of disinformation.

“We are struggling to reach some of our young Maori,” she told TVNZ.

“I have to say, the disinformation that’s out there is intense… if they deliberately spread misinformation, they are putting people at risk.” – AFP