Thursday, January 27
You are at:Home»Uncategorized»NCA should not go through without scrutiny – WWF 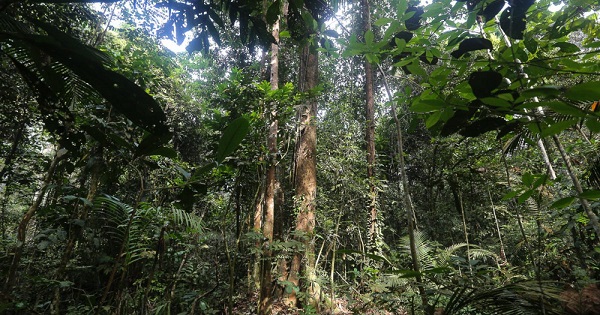 While the State Government’s plans to strengthen the protection of Sabah’s Totally Protected Areas (TPAs) are commendable, it strongly urges a scrutiny of the terms in the NCA.

“Sabah’s commitment to 50% forest cover and 30% Totally Protected Area is vital for biodiversity conservation in the State.

“Adding another layer of protection to our invaluable forests through carbon trading is a step in the right direction. But this step must be taken properly through appropriate channels,” said WWF-Malaysia’s Conservation Director, Dr Henry Chan.

WWF-Malaysia urges the state government to relook into the terms and conditions and stresses that the NCA needs to adhere to existing protocols and safeguards.

Firstly, these safeguards will ensure that any decisions made will be transparent to all affected parties, especially native communities. A free, prior, and informed stakeholder consultation should be held prior to the signing of the agreement and not only during its implementation.

In line with this, the organisation calls for the practice of inclusive conservation – where communities’ rights to decide how to manage their land are recognised and protected.

Secondly, a sound agreement framework should be well negotiated. The organisation highlights that activities falling under the NCA such as carbon trading and pricing and the subsequent distribution of funds should adhere to protocols and that these should be factored into an overall framework of combating climate change.

“It is important to note that Sabah, with its forest policies of 50% forest cover and 30% TPA make the State an extremely attractive destination for carbon financing and that the State can stand to benefit greatly. The carbon market is now highly in demand and carbon price is set to increase as the world comes to a consensus on the need to decarbonise power and transportation, in line with COP26, and Malaysia’s commitment under its 12th Malaysia Plan.

“Costly restoration works for landscapes that are degraded and deforested can also be paid for by a carbon financing scheme,” said Dr Chan.

Clearer details on carbon trading and pricing should be made available. Carbon prices should be made attractive enough to incentivise farmers to convert and restore their rubber gardens or palm oil estates into forest.

Thirdly, due diligence on partners, including the financial institution involved, and future impacts of such a deal must be conducted to ensure a fair and equitable benefit sharing arrangement for everyone involved over the long term. This is especially critical for a multi-generational agreement that spans over 100 years such as this agreement.

“For conservation efforts to be sustainable, both nature and its people must benefit. The only way this can be achieved is if all the available protocols and safeguards are put in place and adhered to.

“Is the deal limited to just carbon? How will the deal impact future socio-economic activities in Sabah? These are questions that have just scratched the surface but answers to which are crucial in order to fully understand what we are getting ourselves into,” stressed Dr Chan.

“The need for a transparent proposal and clearly negotiated social and environmental safeguards is nowhere as pivotal as it is here, as we potentially hold the key to an emergent global commodity that will likely empower our fight against climate change. However, we need to ensure that we are not locked into an agreement that will adversely impact nature or its people,” he said.

Jeffrey, who witnessed the signing of the deal with third-party Hoch Standard on October 30, admitted it was not publicised, but added that the NCA was supposed to be announced in January, by the state, when it is scheduled to talk about a policy initiative for a green economy; hence, the low-key signing.

State chief conservator of forests Datuk Frederick Kugan said the state government acknowledged the risks involved in the NCA but the advantages would also be highly beneficial.

Kugan said that the deal had yet to be finalised due to outstanding matters but said it would be cautious when it comes to developing the best mechanism and terms to protect the state.