Monday, January 30
You are at:Home»News»Sabah»Nature Conservation Agreement won’t be brought to State Assembly – Jeffrey
For the freshest news, join The Borneo Post's Telegram Channel and The Borneo Post on Newswav. 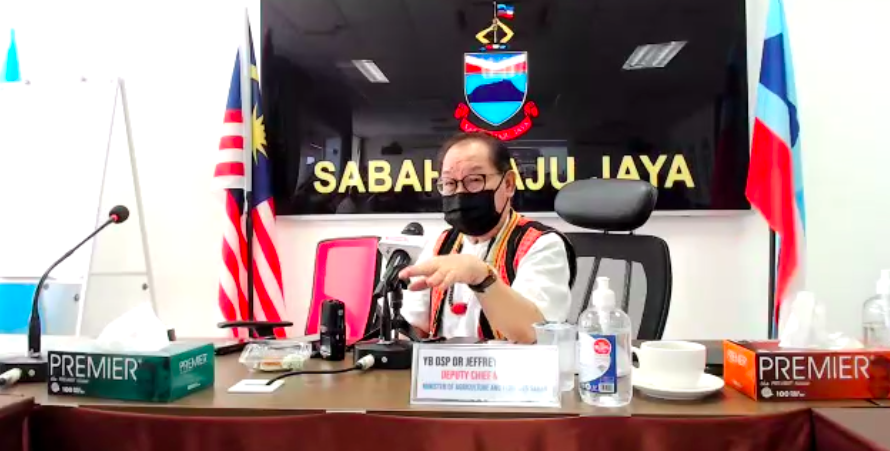 Jeffrey speaking to the media after the briefing on NCA.

Deputy Chief Minister Datuk Dr Jeffrey Kitingan said that there is no need to do so as there are no new laws that will be enacted.

“There is no need to bring this to the State Legislative Assembly because we are not enacting any laws. We are applying what has already been enacted,” he told reporters when met after a very heated dialogue with concerned NGOs on the NCA issue, held here at Sokid Villa on Thursday.

However, Jeffrey said that the assemblypersons may still submit questions on the NCA issue in the DUN sitting.

He said that the State Cabinet had agreed that certain areas have been set aside for the purpose of the NCA.

It was previously reported that the signing of the deal with third-party Hoch Standard was made on October 30.

Jeffrey had explained that the agreement was kept secret because the official announcement was scheduled to be held in January next year. However, he denied ‘hiding’ the issue.

During the press conference, Jeffrey had also revealed that a joint monitoring steering committee may be formed by the State Cabinet or the DUN to oversee the NCA.

When asked whether NGOs would be involved in the committee, Jeffrey took a long pause and said that he would look into it.

The two-hour heated dialogue saw several NGO representatives expressing their anger and concern on the NCA, particularly regarding the credibility of Hoch Standard as a company and whether the NCA would be subject to Singapore’s laws.

On the issue of the company’s credibility, Jeffrey assured that the Singapore-based company is backed by several multi-billion Private Equity (PE) funders.

When asked whether the company is experienced in carbon trading, he said that the company had dealt with Indonesia, Australia as well as South American countries.

“The company is a non-issue,” said Jeffrey.

He opined that the dialogue had addressed some of the concerns raised by the NGOs and the NGOs are satisfied with the explanation given.

He went on to say that some of the objections raised were ‘baseless’.

“However, I would like to mention here that a lot of the negative comments were baseless because they (the NGOs) do not know what the NCA is about.

“Some are concerned about the native issues and the issue of free, prior and informed consent. We have dealt with those as well,” said Jeffrey.

If a dispute arises, he said that the State Government may opt for mediation first before going to court.

On November 9, a website on environmental protection called Mongabay had reported that a whopping two million hectares of forest in Sabah have been signed over to a group of foreign companies to monetise the state’s natural assets, namely carbon.

Several NGOs have since expressed grave concern over the NCA.

Previous Article1MDB board ‘a bunch of toothless tigers’ – Sri Ram
Next Article Unhappy with Budget 2022, Pakatan to push for voice vote at policy stage