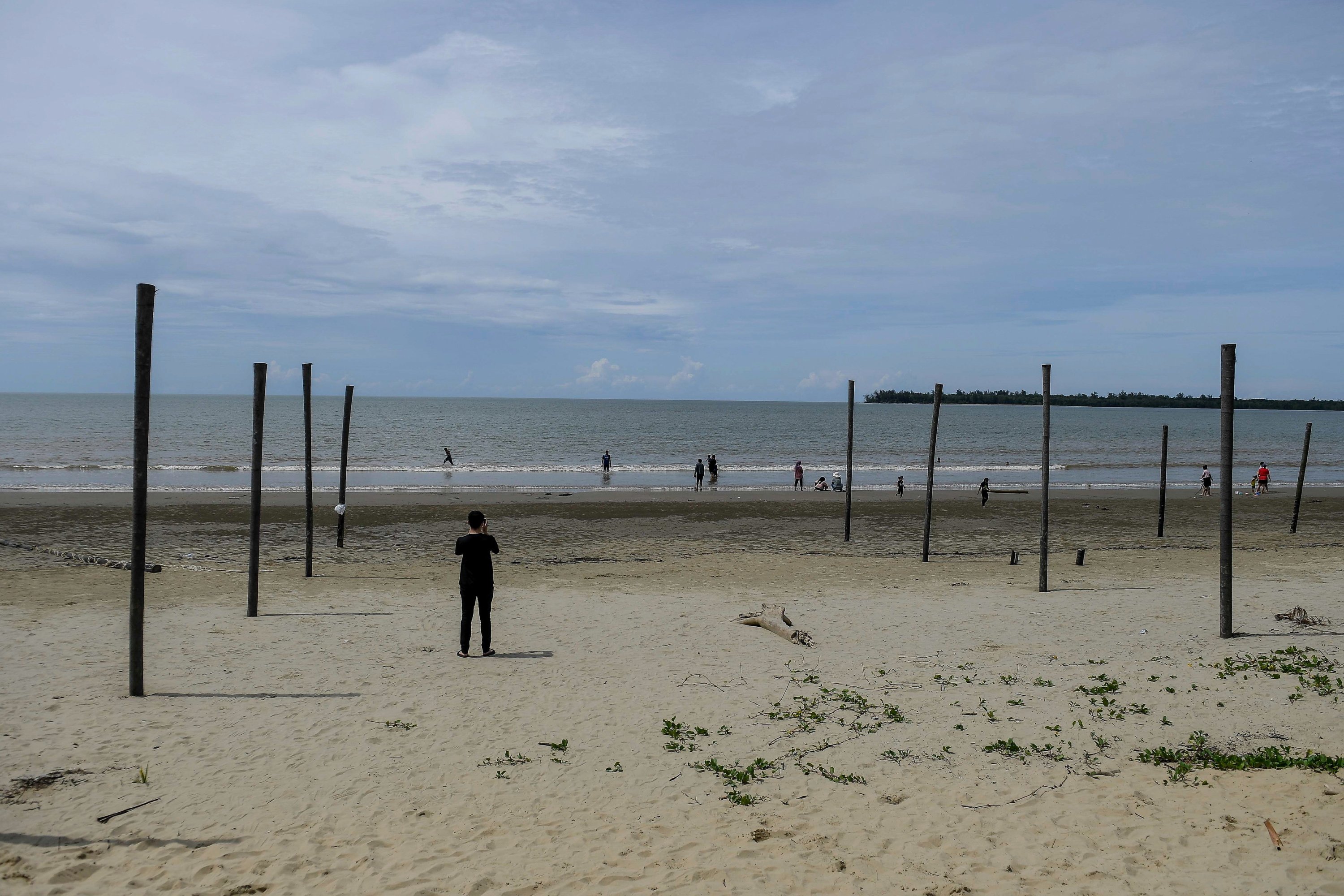 In the past, Belawai Beach was a hidden beach known only among locals. — Bernama photo

TANJUNG MANIS (Nov 18): In the past, Belawai Beach here was just a hidden beach known only among locals, despite its stunning natural beauty, uniqueness, and vast tourism potential, as there was no road connecting Tanjung Manis directly with Sibu.

However, exciting changes have taken shape over the past 10 years, with the connecting road between Tanjung Manis and Sibu being completed and the white sandy beach’s huge potential started to evolve, resulting in a 10-year masterplan being developed.

“In this 10-year plan, we are developing infrastructure including tennis courts, futsal, public toilets and changing facilities, as well as developing a place for people to set up businesses that has just been completed, costing RM2 million.

“The uniqueness of Belawai Beach and the beauty of its nature has attracted visitors to the area to relax, especially on weekends,” Sarawak Assistant Minister of Urban Development, Land Administration and Environment, Datuk Len Talif Salleh, told Bernama.

Len Talif said that Belawai Beach, which is located about 104km, or an hour and a half’s drive, from Sibu, is like a ‘magnet’ attracting tourists who are thirsty for the scenery and atmosphere of the beach, especially in the central part of Sarawak.

Hence, he said, the state government was committed to developing the area, for example through an allocation of RM3 million in 2019 for the beach upgrading project, announced by Chief Minister Datuk Patinggi Tan Sri Abang Johari Tun Openg, during the artificial reef placement ceremony at Belawai Beach.

Abang Johari, at that time, described the Belawai Beach as being as beautiful as Hawaii in the United States, also considered the proposal to upgrade the Tanjung Manis Airport, which was opened in 2001 to develop the tourism sector here.

Len Talif said that apart from airport access, the 17km road network connecting Sarikei to Tanjung Manis, costing RM321 million, would, when completed, shorten the travel time from two and a half hours to just 45 minutes, thus seeing more tourist arrivals and boosting the economy of the locals.

Aware of this fact, Len Talif said that the ministry also encouraged residents, especially in Kampung Jerijeh and Kampung Belawai to provide home stays, to meet the needs of visitors who want to spend the night there to enjoy the beauty of the area.

“We also provide training to the residents here to take the opportunity to bake cakes and sell fresh seafood such as fish, shrimp and so on. This is part of the preparations we make to lift the economy of this place,” he said. 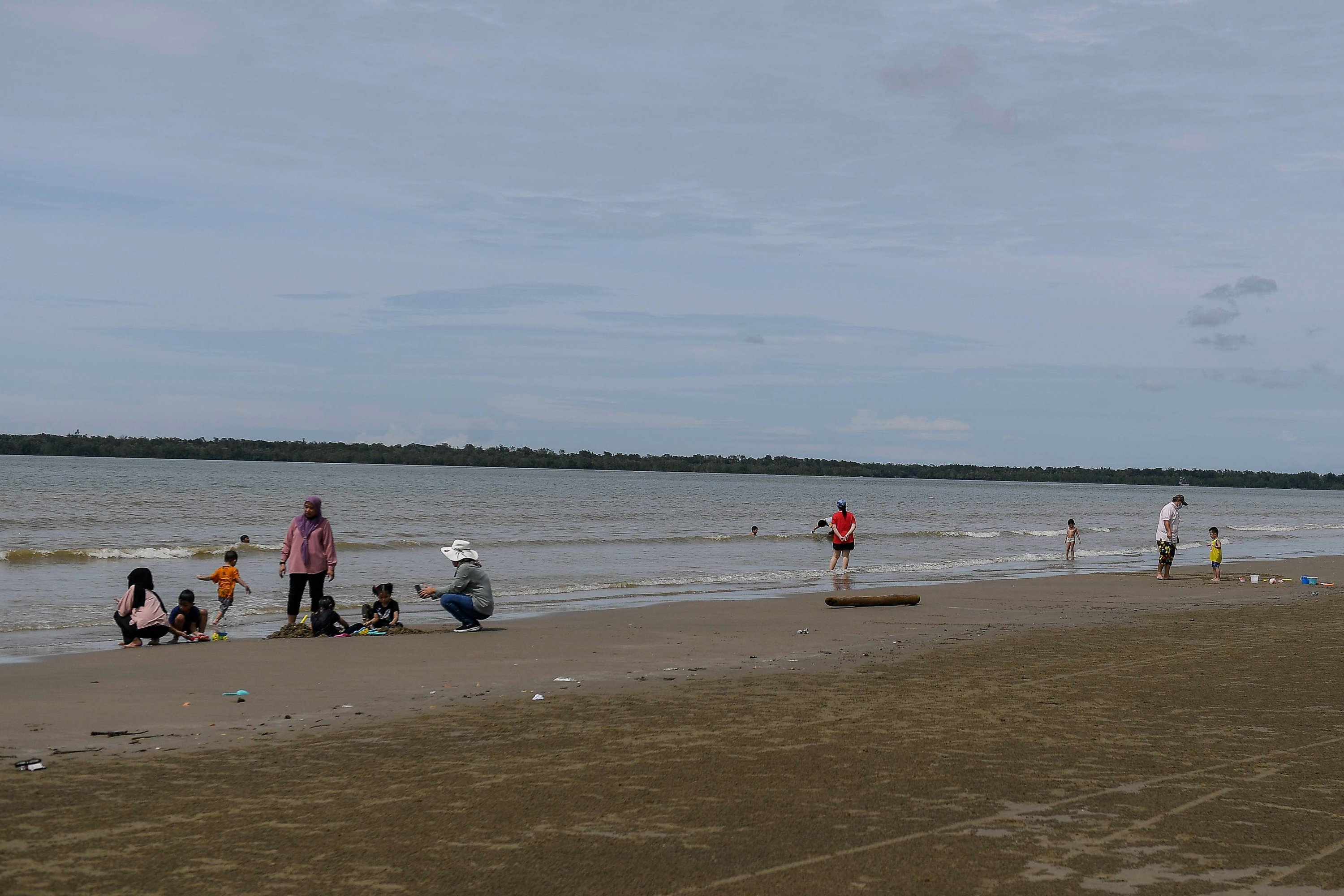 The beach has become like a ‘magnet’ attracting tourists especially from the Central region. — Bernama photo

Meanwhile, Ibnee Ekni, who operates Iftitah Restaurant and Resort at Belawai Beach, said that the number of tourist arrivals to the beach increased 100 per cent, with an average of 500 visitors daily, after the government allowed some travel flexibilities.

“We did not expect an overwhelming response, as for now we have our chalets already fully booked until January. It is an indication that I should add more chalets here and create new activities that are more interesting such as jet skiing and rides on all-terrain vehicles (ATV),” he said.

Several visitors met by Bernama also praised the beauty of the beach, such as Elis Erwan Dy, 37, from Daro, who at the same time, wanted facilities such as parking bays to be added, besides hoping that recreational activities such as banana boat rides would be created.

Meanwhile, Nurfazlin Noh, 24, hopes that restaurants and accommodation can be added, as well as the creation of water-based leisure activities that can add more fun for visitors.

Belawai Beach has been the focus of various programmes, including the Shimano International Surfcasting Challenge Cup 2019; the largest fishing competition ever held, especially in central Sarawak, and managed to attract participation from all over Sarawak, Peninsular Malaysia, Sabah, Brunei, and Singapore. — Bernama