Tuesday, December 7
You are at:Home»News»Nation»Uproar in Dewan Rakyat as Opposition MPs flay Deputy Speaker for disallowing debate on Mitra yesterday 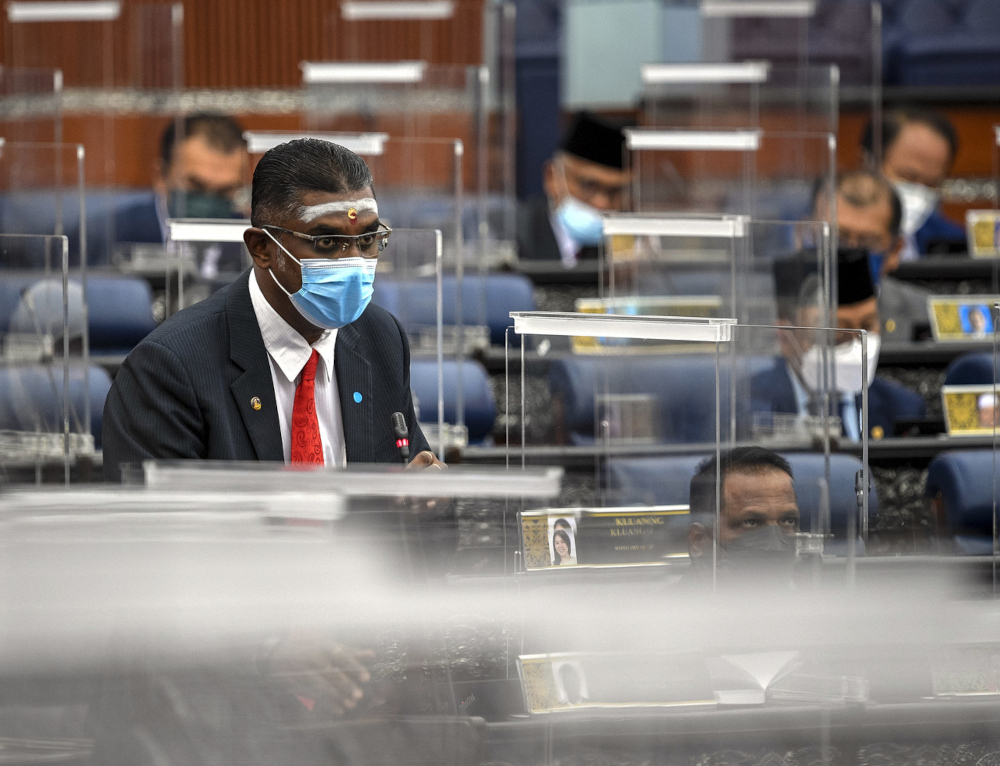 Rayer said Rashid was setting a dangerous precedent on matters of public interest when he told Halimah she did not have to answer the questions since she had been told not to do so by the MACC. — Bernama photo

Jelutong MP RSN Rayer said Rashid was setting a dangerous precedent on matters of public interest when he told Halimah she did not have to answer the questions since she had been told not to do so by the Malaysian Anti-Corruption Commission (MACC).

“How do we as MPs defend the public and try to get explanations on this when the minister is hiding behind MACC? If she made this statement and there was no advice from MACC not to talk about it, how do we ascertain this?

“I want to know why the Speaker told me not to disrupt proceedings yesterday? Are there rules governing matters like this?” he asked.

Rayer claimed that disallowing questions and debate on public funds issues was akin to a cover-up and could lead to another financial scandal like the 1MDB.

The Port Dickson MP said that if this continued, then MPs would not be able to get clarification on corruption allegations in the Dewan Rakyat.

“So what about the 5G contracts and Defence Ministry contracts? If allowing ministers to answer like this, hide behind them, then I really wonder what MACC is doing? Are they fighting corruption or supporting it? These are matters of public interest,” said Anwar.

“We also have the Pandora Papers where many VVIPs have been named so will it be the same then where they say it’s being investigated so cannot answer?” he added.

Bagan MP Lim Guan Eng then accused Halimah of trying to escape from her responsibility in clarifying what happened to the Mitra money.

“The minister told me privately she is not involved in this. Well say so publicly in this House by opening up and revealing the whole truth. Give us a true answer and not confuse people with answers like that,” he said.

Allegations regarding the fund centred around estimated tens of millions of ringgit that were meant for a Mitra allocation grant to implement socio-economic programmes of the Indian community in Malaysia have been misused.

Opposition MPs have also been demanding MIC party leaders to be investigated over the allegations as well.

Mitra was restructured in 2018 during the Pakatan Harapan administration and placed under the Prime Minister’s Department.

However, from April 2020, Mitra was placed under the National Unity Ministry. It is estimated that Mitra obtains a budget of RM100 million a year.

On Oct 15, the MACC said it had opened an investigation paper on allegations of misuse of funds under Mitra.

On Oct 25, 16 company directors were arrested for alleged misappropriation of funds under Mitra. — Malay Mail