Thursday, July 7
You are at:Home»News»Sarawak»Aspirasi to contest in number of seats in central region – Party veep 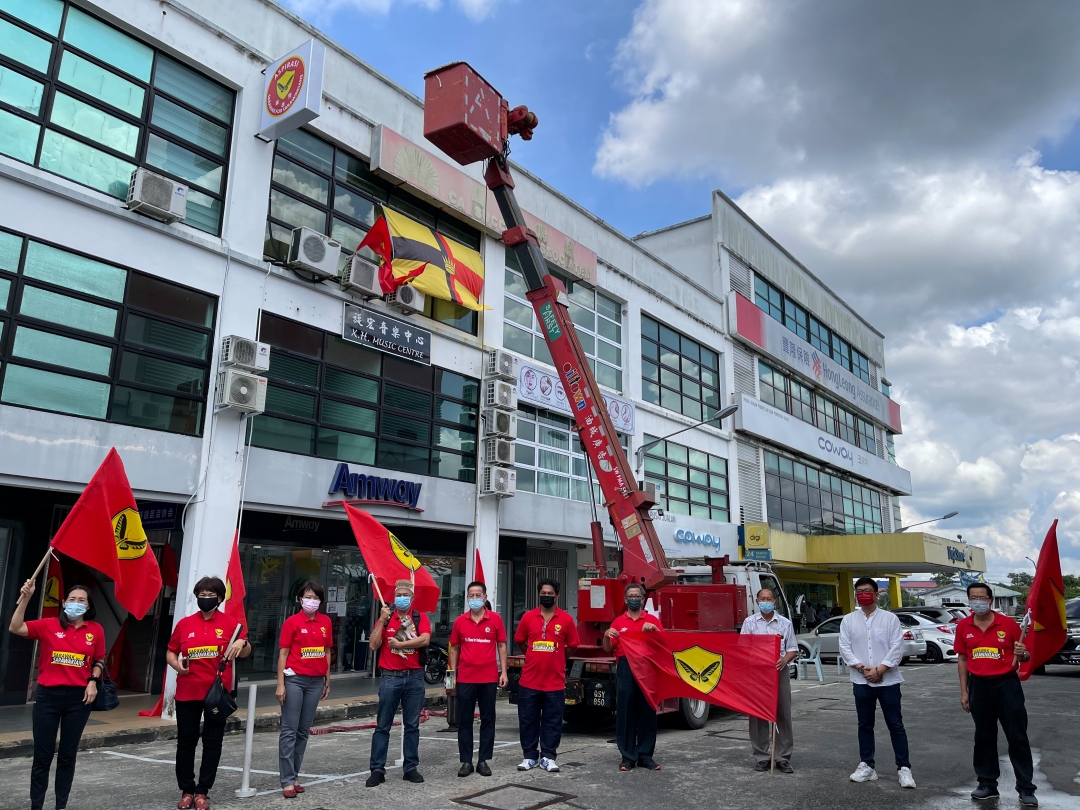 (From sixth left) Tiong, Wong and others at the launching of Aspirasi Central Region Operation Centre.

SIBU (Nov 19): Sarawak People’s Aspiration Party (Aspirasi) will contest in a number of constituencies in the central region.

Its vice president Wong Chin King said this during the launch of the party’s Central Region Operation Centre yesterday in preparation for the coming state election.

“(Candidates for) Bawang Assan, Meradong and Nangka constituencies would be known in due time. If our candidates are elected, this operation centre will turn into a service centre. So, we hope for the best,” he told a press conference.

Wong called on the people of Sarawak to show their power in the upcoming state election by saying ‘no’ to Gabungan Parti Sarawak (GPS) government and Malaya-based political parties.

He pointed out that after more than 58 years, it has been thoroughly proven that Sarawak is being treated like a slave or an abandoned baby by the federal government.

“Sarawak formed the Federation of Malaysia with Malaya, Singapore and Sabah as an equal partner state on Sept 16, 1963.

“But today, after 58 years, Sarawak has become the most backward state in the Federation of Malaysia. Sarawak’s underdeveloped infrastructure and the people’s living conditions are in dire straits,” he said, adding that the federal government had exploited Sarawak’s resources for decades.

He said Aspirasi has a sacred mission to lead the people’s power to promote independence referendum and withdrawal from the Federation of Malaysia in the coming state election and looks forward to realise Sarawak’s wish for independence in the Sarawak Legislative Assembly.

“The Sarawak People’s Aspiration Party felt that Sarawak Barisan Nasional in the past few years and the current GPS Sarawak government dared not defend Sarawak’s sovereignty at all, and allowed the federal government to oppress and exploit Sarawak’s rich natural resources and various taxations.

“Based on this, the people of Sarawak must show their people’s power and be highly conscious and courageous to express their uncompromising attitude towards the Sarawak GPS government and the federal government through their votes, and fully support the independence referendum proposed by Aspirasi, and let the people to determine the future of Sarawak,” he said.

He said Aspirasi is seeking a breakthrough to bring the people’s calls for independence from Malaysia to the Sarawak State Legislative Assembly and bring to fruition the independence process in the coming election.

Meanwhile, secretary-general of Aspirasi, Simon Tiong, also urged the people to give their mandate to the party’s candidates to be their representative in the coming election.

“Give us the mandate to be your representatives to raise a motion to be independent and we can be one step closer to call Sarawak a nation that we can call home,” he said.

Separately, former Democratic Action Party (DAP) Pujut assemblyman Fong Pau Teck claimed that Malaysia was on its way to be a failed country, given that its leaders kept playing with race, religion and politics.

“Sarawak has to go. There is no future in Malaysia. I hope all Sarawakians will stand behind us and we will leave this failed country,” he said.