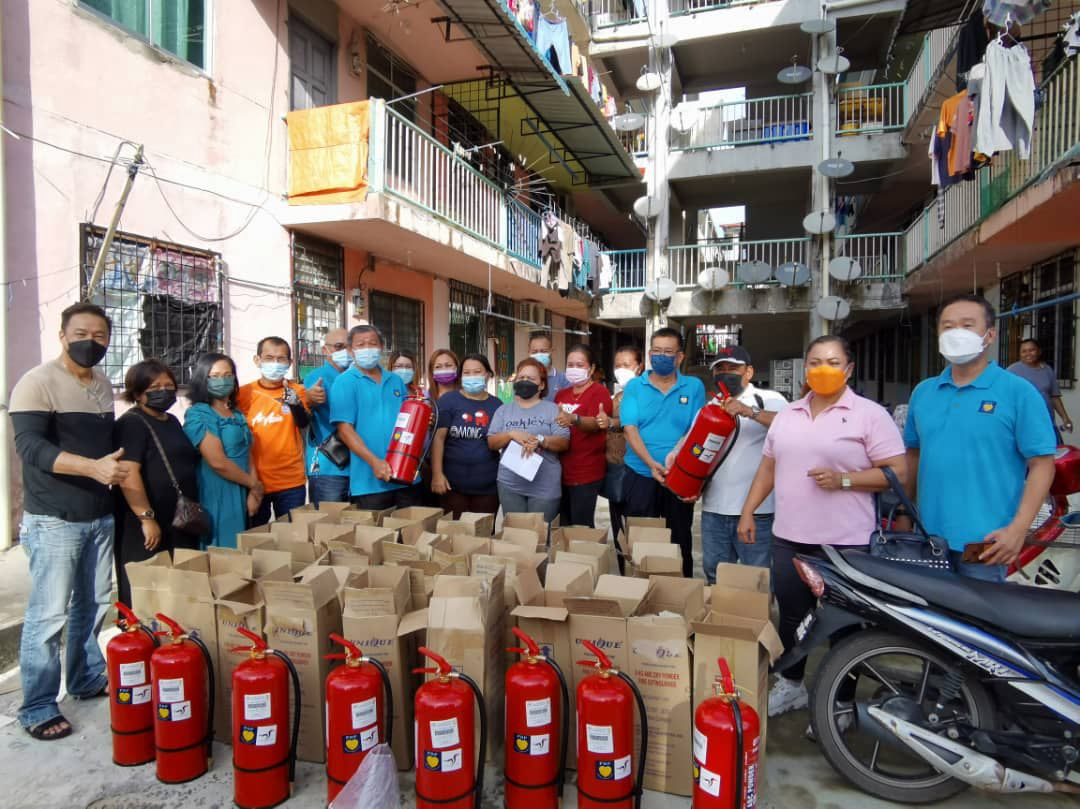 The devices are to be placed at the entry and exit points of each of the complex’s 20 blocks, said PDP Dudong branch chairman Councillor Teo Boon Siew.

“The flats have a large population and a fire outbreak will pose danger to the residents.

“If fire extinguishers are placed at the entrances and exits of each block, they can at least provide a certain level of protection to the residents and prevent injuries or casualties,” he said during the handover to residents on Wednesday.

According to Teo, the residents had informed PDP president Datuk Seri Tiong King Sing on their need to have fire extinguishers, during a recent dialogue session.

Tiong then arranged for the purchase of the extinguishers and instructed party members to deliver the devices to the flats, he added.

With Teo at the handing over of the extinguishers was PDP Dudong secretary Councillor Amping Ranggau.