Monday, November 28
You are at:Home»News»Nation»Marriages through syndicate can be considered invalid – Ahmad Marzuk 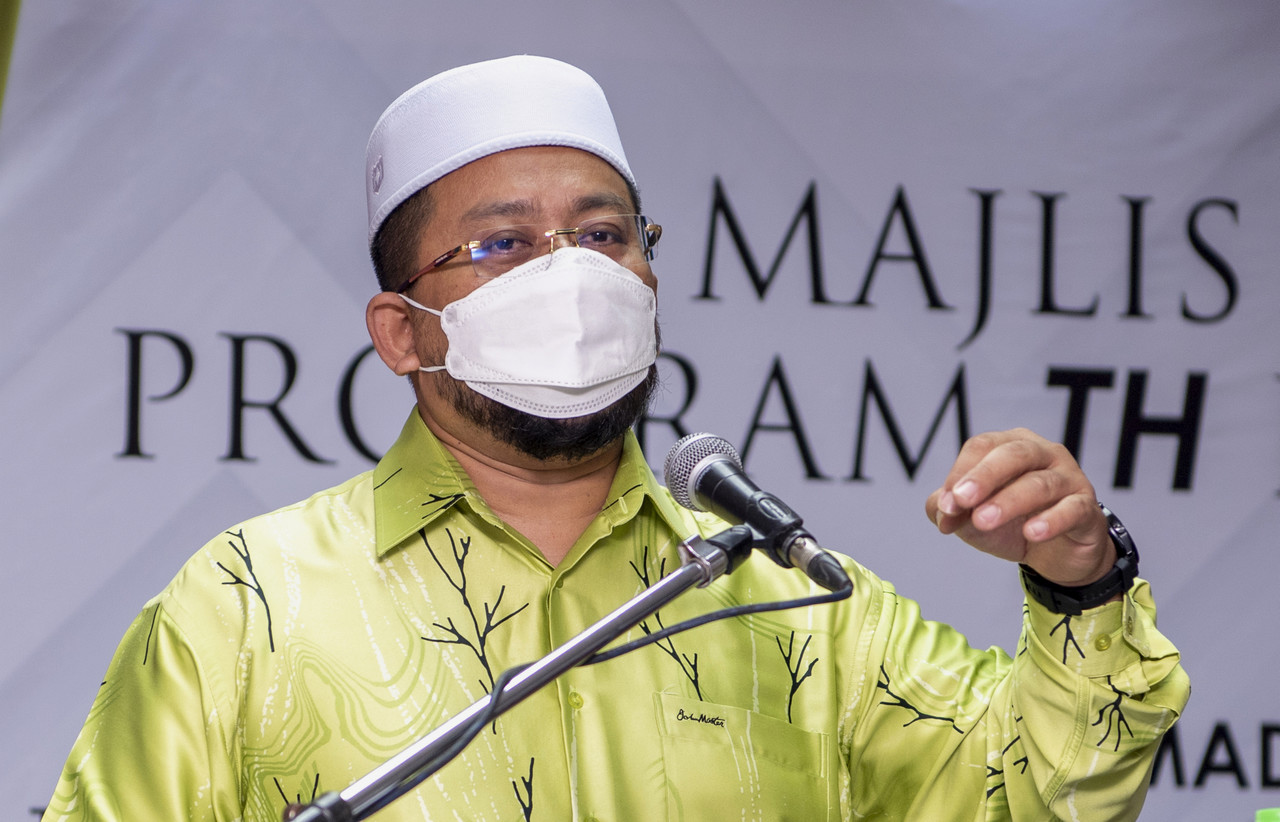 Deputy Minister in the Prime Minister’s Department (Religious Affairs) Datuk Ahmad Marzuk Shaary said the government had set a clear standard operating procedure (SOP) for marriage, therefore the bride and groom should choose a method that is validated. – Bernama photo

KOTA BHARU (Nov 20): Marriages using the services of a syndicate are feared not to be conducted according to Islamic law which can cause the marriage to be invalid, said Deputy Minister in the Prime Minister’s Department (Religious Affairs) Datuk Ahmad Marzuk Shaary.

He said the government had set a clear standard operating procedure (SOP) for marriage, therefore the bride and groom should choose a method that is validated.

“Marriage syndicates do not have the authority to perform marriages, the community out there who are not familiar with marriage procedures will assume that what the marriage syndicate is doing is right when it is not.

“If the marriage SOP is not followed accordingly, then the marriage is invalid. Couples who want to get married need to know about this,” he told reporters after attending the Kelantan TH Prihatin Programme Handover Ceremony for 180 small traders at the Main Hall of the Kelantan Lembaga Tabung Haji Office here today.

Ahmad Marzuk was commenting on a call by Kelantan Religious Affairs Department (JAHEAIK) for couples who got married by using the services of the ‘Lebai Lah’ syndicate from Kuala Krai to contact the department to verify the validity of their marriage following the arrest of the former imam on Oct 28.

Meanwhile, Ahmad Marzuk, who is also Pengkalan Chepa MP, asked the community not to be easily deceived by the offer of cheap prices to perform umrah.

“The community also needs to choose a registered agent so as not to fall victim to fraud.

“This umrah is under the auspices of the Ministry of Tourism, Arts and Culture. The ministry has set the floor price for the umrah package at RM6,900 and it is the cheapest,” he said. – Bernama