Thursday, February 2
You are at:Home»News»Sarawak»Over 1 million hectares of NCR land surveyed under initiative launched in 2010 — DCM
For the freshest news, join The Borneo Post's Telegram Channel and The Borneo Post on Newswav. 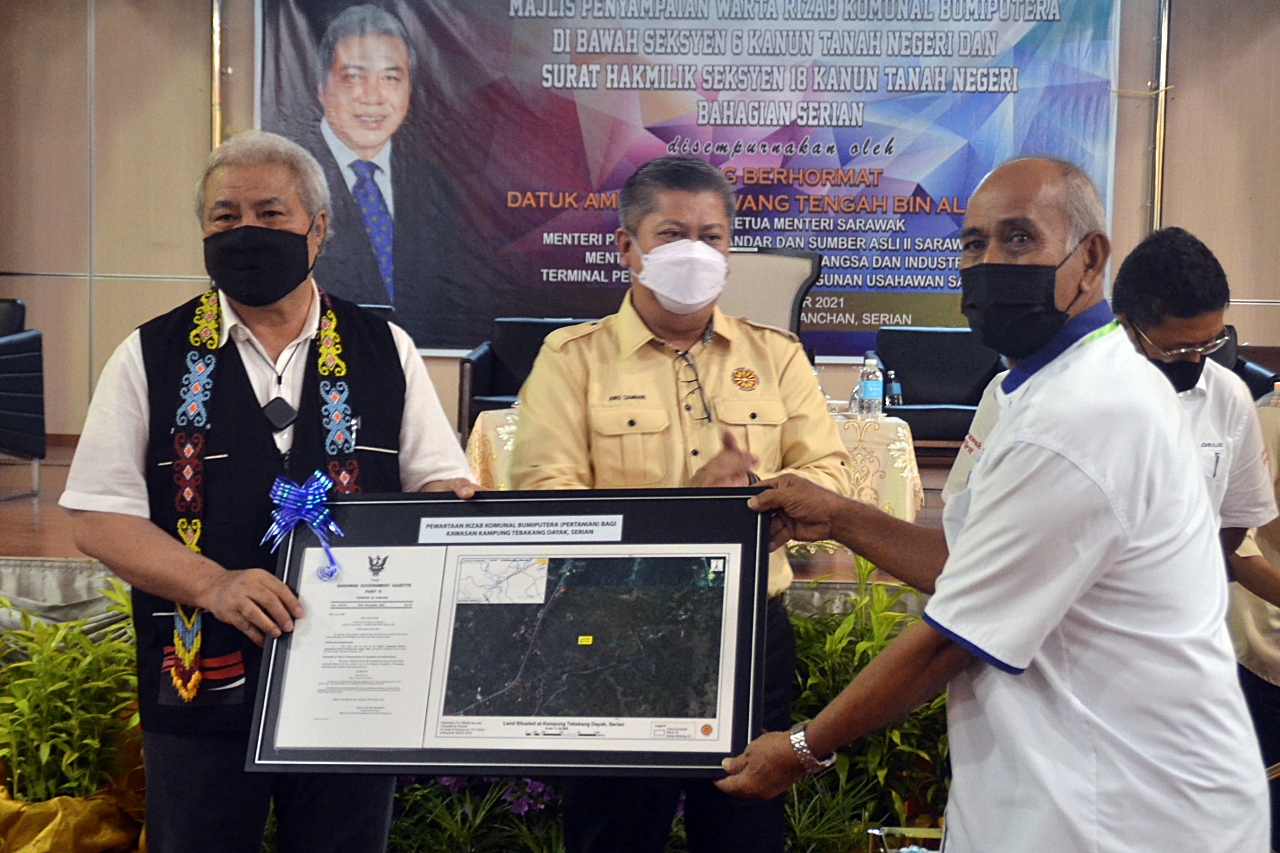 Awang Tengah (left) presents the Bumiputera Communal Reserve Gazette to one of the recipients during the ceremony at Dewan Ranchan in Serian. — Photo by Galileo Petingi

According to him, this has been done since the introduction of the new initiative under the NCR land survey programme in 2010, describing it as an efficient means in determining the boundaries of NCR land.

“The programme is implemented in two stages – with the first stage involving perimeter surveying and gazetting under Section 6 of the State Land Code as Bumiputera Communal Reserves (Agriculture), and the second stage involving the measurement of individual lots and the issuance of land title letters under Section 18 of the State Land Code,” he said in his speech prior to presenting the NCR gazette and land titles at Ranchan Hall here yesterday.

Awang Tengah said the issuance of land titles under Section 18 of the Code would give many benefits to the landowners, including permanent holding on the land lots.

“They include a total of 109 land titles (under Section 18 of the Code) to be handed over to 84 recipients in Kampung Pichin in Serian,” he said.