Friday, January 21
You are at:Home»News»Sabah»Sabah to allow entry without swab tests for fully-vaccinated 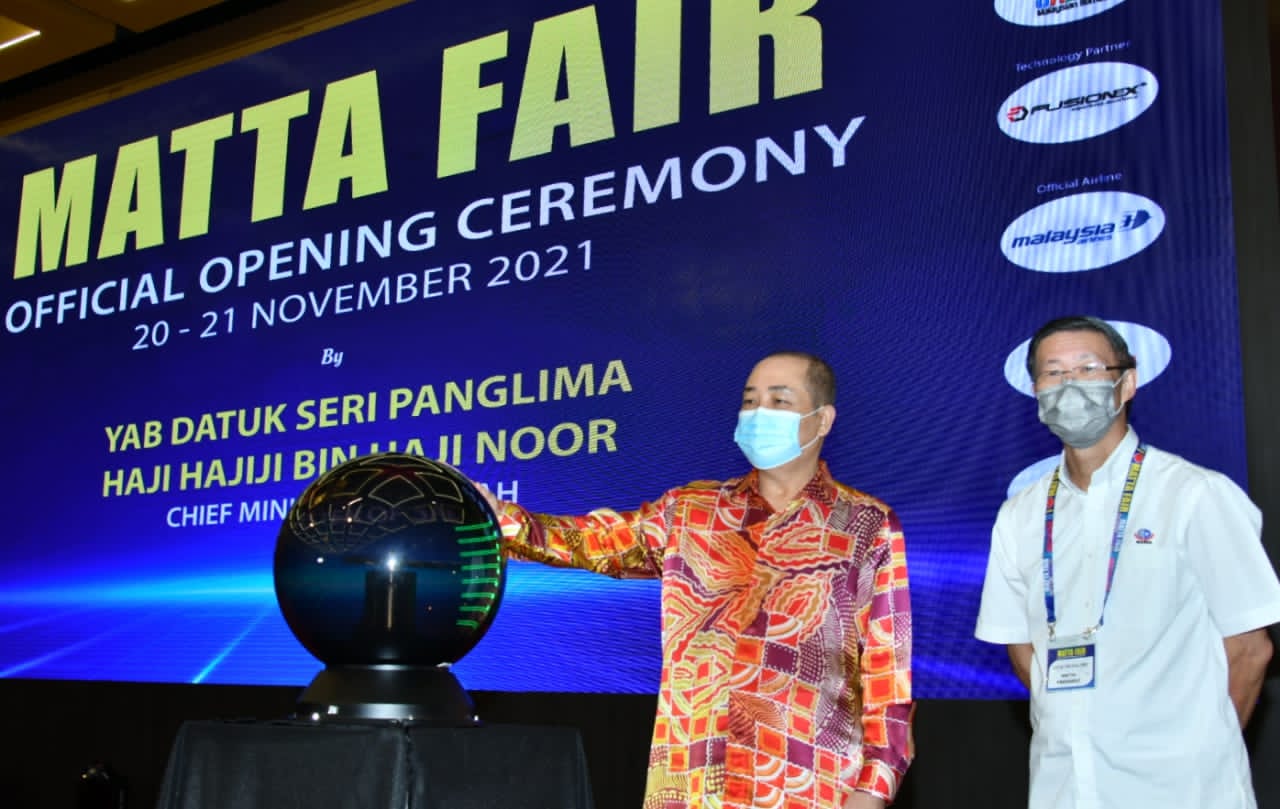 KUALA LUMPUR (Nov 20): Sabah will allow fully-vaccinated visitors to enter the state without having to go for swab test beginning Dec 1, 2021.

Chief Minister Datuk Seri Panglima Haji Hajiji Haji Noor made the announcement during the official opening of the 49th Malaysian Association of Tour and Travel
Agents (MATTA) Fair at PWTC here on Saturday.

The Chief Minister said Sabah is fully prepared to welcome international arrivals as soon as Malaysia reopens its borders next year.

“By November 2021, there are already 266 weekly direct flights into Sabah from Kuala Lumpur, Johor Bahru, Penang, Kota Bharu, Labuan, and Sarawak, with a total
capacity of 43,000 seats.

“Within Sabah, there are 123 weekly flights with a total capacity of 16,720 seats connecting Kota Kinabalu, Lahad Datu, Sandakan, and Tawau,” he said.

Selected as “Malaysia’s Favourite Destination” for the third time after 2015 and 2019, Sabah has taken up 12 booths to showcase its tourism products.

As far as accommodation facilities are concerned, he said it was adequate to meet the expected demand coupled with an additional 3,506 rooms expected to be available with the completion of 11 new hotel developments in 2022.

At the same time, the Chief Minister said the Sabah State Government had implemented the Sabah Tourism Recovery Plan for domestic and international segments to improve tourism promotion, including market shifting during the pandemic.

According to him, the Sabah Tourism Board (STB) has collaborated with tourism industry players to hold virtual engagements, travel expos, promotion, and training
on destination updates.

“This includes re-establishing trade and tourist confidence through B2B and G2G, with many countries including China, Korea, Norway, Indonesia, Brunei, India, Dubai,

Italy, Kazakhstan and Turkey. The STB is also working with airlines and assisting them in re-establishing direct flights for domestic and international travel,” he said.

Hajiji said the return of the MATTA Fair was significant as it signified the beginning of the recovery phase for the tourism industry after the onslaught of the Covid-19 pandemic for nearly two years, adding that it was heartening to note that many businesses including those in the tourism industry were in the recovery phase after struggling to remain afloat during the pandemic.

According to him, the Sabah State Government recognised the importance of tourism as an economic catalyst and under his administration, it had identified the industry as one of the three economi development pillars in Sabah’s five-year development plan, the Halatuju Sabah Maju Jaya (SMJ) from 2021 to 2025.

“Through the SMJ framework, the Sabah Government welcomes investors in the tourism sectors to engage with local communities for win-win business opportunities and successes.

“The State Ministry of Tourism, Culture and Environment and the STB will pursue strong partnerships with other industry stakeholders as well as other tourism organisations to create new and innovative tourism products.

“This will enhance our competitiveness as we want to ensure that Sabah remains One of Malaysia’s favourite tourism destinations,” he said.

Sabah’s tourism industry has always outperformed industry expectations in the past years and prior to the pandemic in 2019, it was experiencing an upward trend, recording 4.1 million arrivals and registering RM8.342 billion in total receipts with RM12 million in tourism tax revenue collected, he said.

Among the best performing tourism products with great potentials and opportunities for further growth is the Rural and Community-based Tourism initiated by the STB in 2014, he said.

At the same time, Hajiji urged MICE players to look into Sabah as a conference, exhibition, or seminar destination.