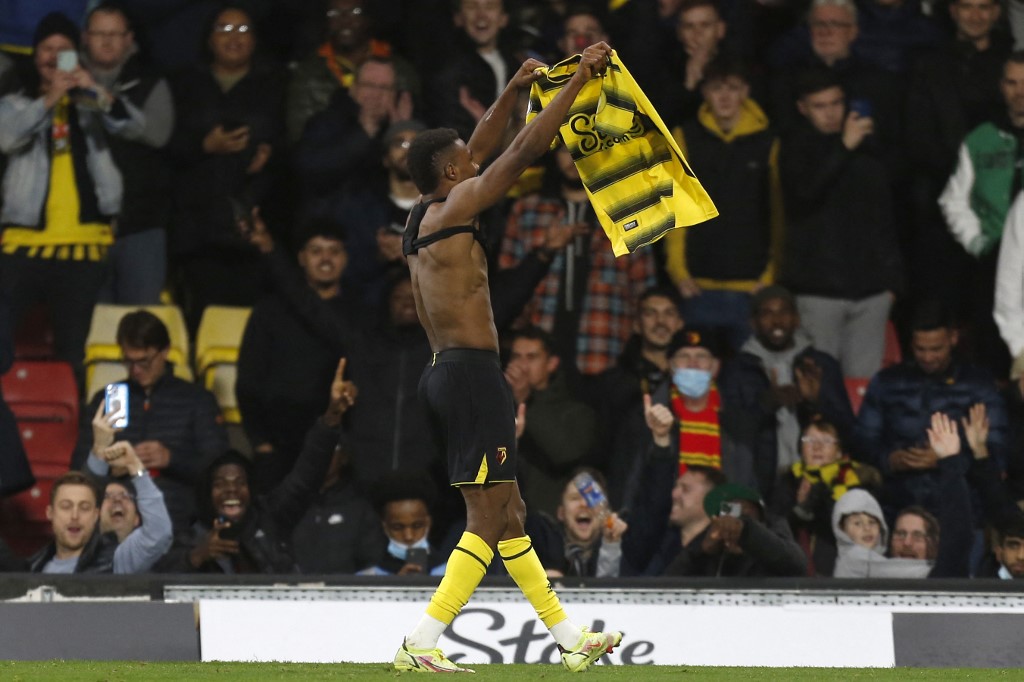 LONDON (Nov 20): Manchester United goalkeeper David de Gea labelled the Red Devils’ display in a 4-1 thrashing by Watford today as “embarrassing” as the Spaniard and Bruno Fernandes urged the players to take some of the blame.

United manager Ole Gunnar Solskjaer is facing even more frenzied speculation over his future after a fifth defeat in seven Premier League games.

The club’s hierarchy stuck by Solskjaer during the recent international break despite humiliating home defeats to Liverpool and Manchester City.

But worse was to come at Vicarage Road as the struggling Hornets could afford to miss a first-half penalty twice and still run out comfortable winners.

“There’s not much to say — it was embarrassing to see Man United play like we did today,” said De Gea, who saved two spot-kick attempts from Ismaila Sarr after the first was retaken.

“It’s not acceptable — the way we were playing and doing things. It’s easy to blame the manager or the staff but sometimes it’s the players. We need to show much more than we are doing.

“Embarrassing first half — we could’ve conceded four goals in 45 minutes. It was hard to watch the team playing today — it was nightmare after nightmare. It’s not acceptable.”

However, any hope of a fightback was thwarted by a red card for captain Harry Maguire and late goals from Joao Pedro and Emmanuel Dennis rounded off another humbling afternoon for Solskjaer’s men.

“It’s everyone’s fault,” said Fernandes. “It’s not the coach, it’s not one player — it’s everyone.”

Solskjaer, though, is likely to be the fall guy with a Champions League trip to Villarreal to come on Tuesday before daunting Premier League clashes against leaders Chelsea and an in-form Arsenal.

“This is not Manchester United or the way we ought to play — it’s difficult to say more than that,” added De Gea.

“It’s been very bad for a long time — a club like Man United we have to be fighting for trophies and fighting for big things and to be honest we are far from that.

“We always say the same things but it’s the truth — we have to look at ourselves and see where we can improve.” – AFP