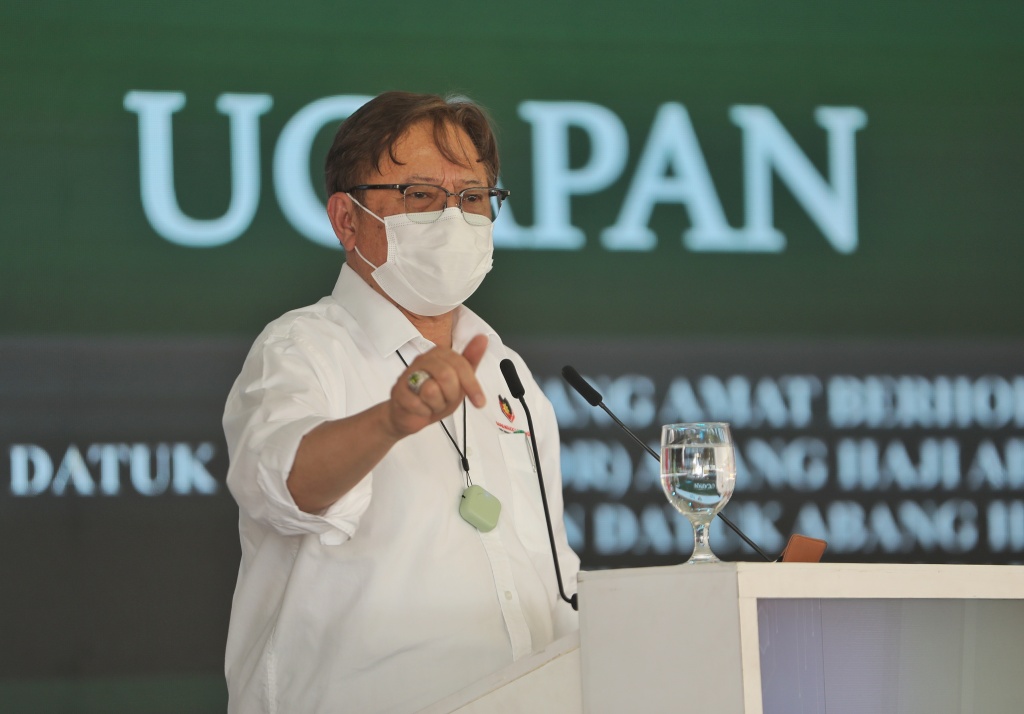 The chief minister said food security is a global issue in light of the rising populations and given Sarawak’s vast land, the state has the right ecosystem to produce the food for the world.

“People need quality food, that is agriculture. Today, people are talking about sustainable environment where you need to mitigate carbon emission.

“So it’s how you innovate to produce trees and leaves to produce oxygen. And this can be done through digital simulation, with the right humidity and climate.

“As for healthcare, that’s why we have the Infectious Disease Centre. Surgery can be done through Internet as long as you have technology.

“These three areas can transform the world and I think Sarawak can be part of the transformation,” he said when launching the Tabung Ekonomi Gagasan Anak Sarawak (Tegas) Digital Village (DV) here today.

Believing that Sarawak will continue staying financially strong, Abang Johari called upon Sarawakians to be more creative in coming up with innovations to put the state on the world map.

He said the Tegas DV served as the facility to provide an environment conducive to enable Sarawakians to establish new system and networking to spur the development of digital economy.

He pointed out that co-founder of Microsoft Bill Gates and his partner started their venture in a garage and they later became a vendor to International Business Machines Corporation (IBM).

“That’s where the software development started by Microsoft. And they had a very good vision to market Microsoft. They started in a garage. We (Sarawakians) have this (Digital) Village, not a garage.”

He further said Mark Zuckerberg, who founded Facebook, started the social media platform via sharing of notes in his university.

He said the technology was relevant and had now become a universal tool, turning its users into Facebook citizens.

In Asia, he said Jack Ma, who was an English teacher, went to the United States and learned from Amazon before establishing Alibaba based on the model of Amazon.

“It started from your brain, and your brain analyses things. What we need is innovation and creativity. For this to be done, the young and the old and the society have to transform and change the mindset.

“If Microsoft started in a garage, we have the facilities and we can do it. That’s why I give you full support (with this Tegas DV) because I want to transform Sarawak,” added the Gabungan Parti Sarawak chairman.

Abang Johari said his policy is for the old and the young to work closely together to bring about transformational change to the state.

“I think the future is there. It’s just a matter whether you want to do it or not. You have to read a lot and see the latest transformation in technology.

“This (going digital) is our future. With the facilities and environment, the young and the old can work together. We must be tegas (firm), for the future of our society.

“I hope this building (Tegas DV) will symbolise modern technology and era of transformation for all sectors of the society,” he added.

Among those present were Assistant Minister for Urban Development and Resources and Tegas chairman Datu Len Talif Salleh.