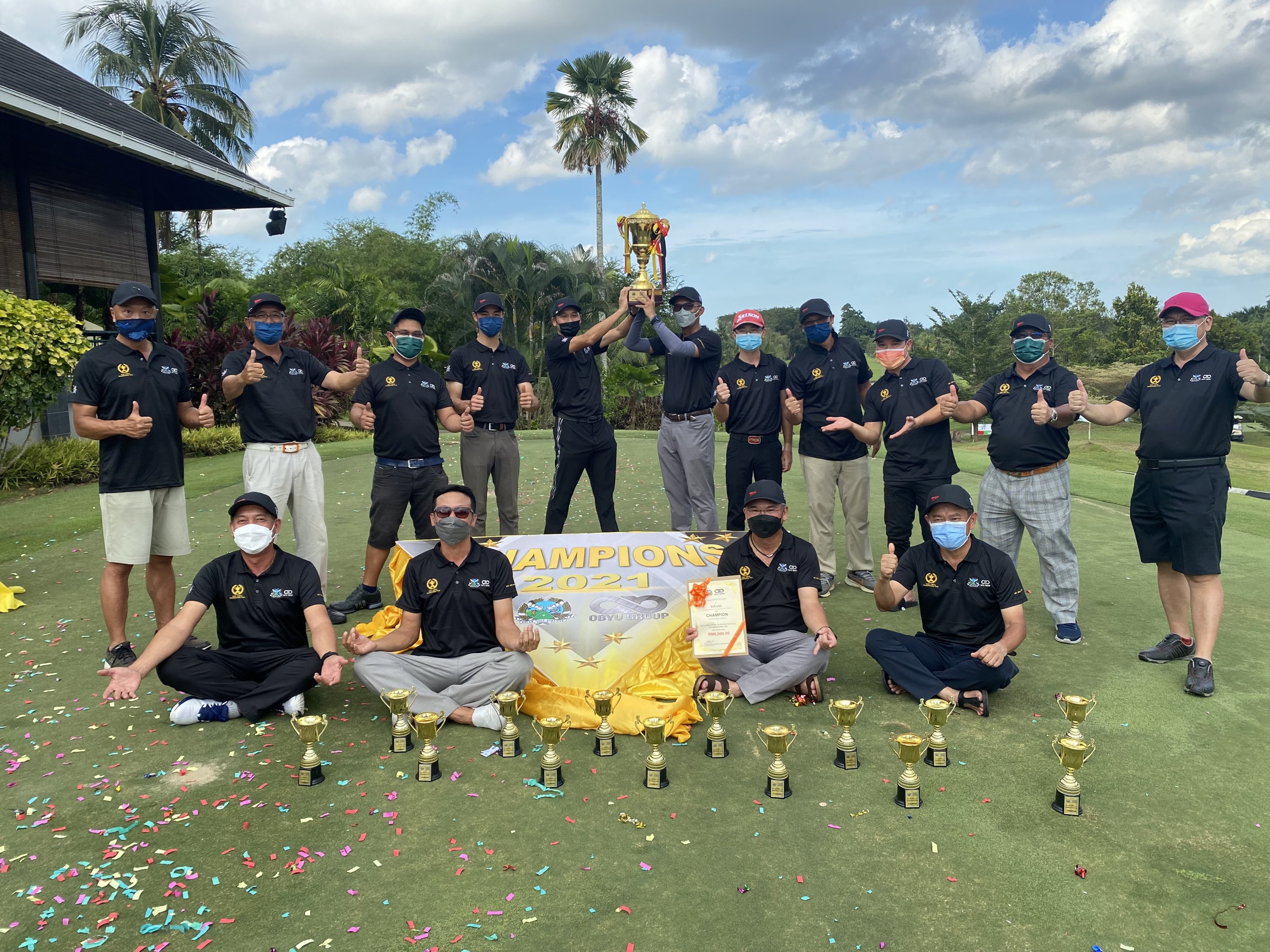 Cheu (fifth left) and Yahya hold aloft the trophy as Titans celebrate their first victory in the KGS team competition.

KUCHING (Nov 22): Titans made a major breakthrough in the prestigious OBYU-KGS Team Matchplay Championship when they won the Championship Trophy for the first time at Kelab Golf Sarawak (KGS) in Petra Jaya yesterday.

They succeeded in dethroning defending champions MH KGS Juniors 4-1 in the final played over the Matang Nines.

Harold Tok Kwan Hang and Francis Vincent Joseph Chapman delivered the first point for the title challengers when they edged the pair of Habib Musthofa Abu Bakar and Fathely Bily 3-2 in the foursomes.

Ferdinand Janting Maurice-Michael Chai Yu Leong were also up to the mark when they edged Darren Tan-Abang Al Qayyoom Abang Sarbini 4-3 in the second four-ball.

“Today is indeed a great day for us and it has been a most amazing journey for us and this the longest matchplay in KGS, having started in March and ending now.

“We were third place specialists – we finished third last year, in 2019 and 2018. We managed to break the jinx and finally emerge as the champions,” said John Cheu.

His team has not lost a match through the competition and Cheu attributed their strengths to having a balanced blend of young and senior players, good teamwork and strong fighting spirit.

“It was a very close game today and the Juniors are a very good team. We did not make much changes to our line-up throughout the championship.

“The players are ecstatic with the win and we would like to thank all those who have supported us all the way,” added Cheu.

Meanwhile, Juniors captain Mohamad Lokman Mustaffa said it was very tough for his team as they had the handicap disadvantage.

“As I have said earlier, Titans have the handicap advantage as many of our players especially the youngsters have lower handicaps and had to play extra strokes in the bid to beat their opponents.

“We have tried our best and are happy that we managed to reach the final again this year,” he said.

Juniors team manager Talha @ Talhah Affendi was also happy with the performance of the young players.

“They have played very well and I believe they have matured in their game this year and we will come back stronger next year,” he said.

There was some consolation for 2020 champions J&J5 as they edged Warriors 3-2 to lift the Shield Trophy.

In third place were Si’at Balau who beat Mix-Fit 3-2 in the placings play-off.

The champions of the KGS-OBYU Match Play were Team South Korea who beat Team Sarawak 8.5-5.5 on Saturday.