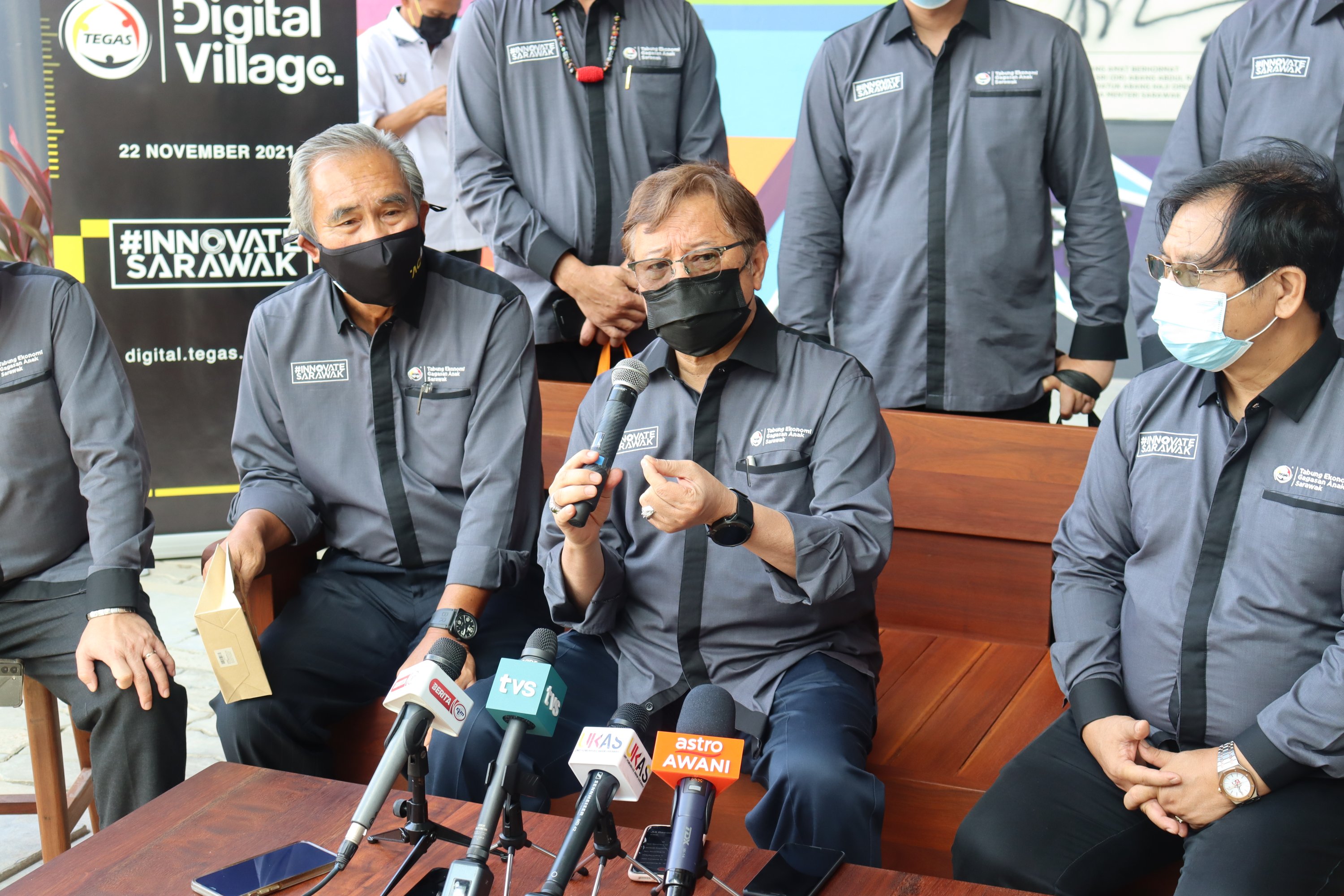 KUCHING (Nov 22): The Sarawak government has applied for a digital bank to be set up in the state to facilitate the development of digital economy, said Datuk Patinggi Tan Sri Abang Johari Tun Openg.

The chief minister said they are still waiting for an approval from the Bank Negara Malaysia (BNM) before the digital bank could be established.

“BNM opens the application for digital bank, so Sarawak government has applied to set up a digital bank in Sarawak.

“We are now waiting for a decision from BNM. Our people especially the rural community will benefit from the digital bank,” he said at a media conference after launching the Tabung Ekonomi Gagasan Anak Sarawak (Tegas) Digital Village (DV) today.

According to Abang Johari, the difference between a digital bank and a retail bank is that transactions will be done digitally for the former.

With a retail bank, he said transactions are done face to face but this will change in the future.

“The transactions (of a digital bank) will be supervised by BNM, so you have to follow the guidelines by BNM. It’s like a bank too, just that you don’t need to go to an ATM (automated teller machine) to withdraw money.

“A digital bank will be good for rural areas. Like recently I was in Julau, they said the ATM there was out of order (and the people there could not do withdrawals). With a digital bank, the problem can be solved,” he added.

Abang Johari said the Sarawak government applied for a digital bank to set up in the state because it has the means to do so.

He said this is also in line with the state’s goal to transform its economic system to go digital.

“We have Sarawak Pay, S Global and we are working with Union Pay. We can use it (Sarawak Pay) in Singapore provided that there is Union Pay there,” he added.

When asked about the criteria for the proposed digital bank, the chief minister said: “Let’s wait for an approval (from BNM) first then the criteria. The digital bank first.”