Wednesday, January 26
You are at:Home»News»Sabah»Jannie to uphold struggle despite not being elected 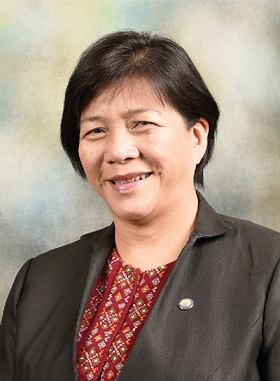 The Kapayan assemblywoman said she entered politics to contribute towards a better Sabah and especially to struggle for the recognition of the rights of the Orang Asal of Sabah.

“So I am in DAP for the Orang Asal and as a Sabahan, not for myself. Despite not having been elected into the Sabah DAP State Committee during the recent Sabah DAP Convention, I will not lose my vision and will uphold this struggle within DAP,” she said.

Jannie in a statement on Tuesday said she believes her efforts and contribution to DAP as an Orang Asal representative is recognised, not only by the people but also by the leadership.

“I am still a representative of the Sabah Native Consultative Committee under the highest body of DAP i.e the Central Executive Committee, and this shows that DAP as a national party recognises Orang Asal representation.

“So not being in the State Committee does not mean I am unable to voice out the interests of my constituents or the Orang Asal of Sabah. I will continue to work hard to ensure that DAP Sabah is inclusive and gives equal opportunities to Orang Asal representatives,” she said.

Jannie however is of the opinion that the DAP leadership needs to seriously consider mechanisms to ensure inclusiveness and that leaders who can effectively contribute to the party are not sidelined.

“I strongly suggest examining decision-making through the process of building consensus, including in the selection of its leaders. Consensus-building and consensus decision-making are indigenous ways and very successful in maintaining harmony in an organisation,” she said.

A good example Jannie pointed out, is how Wanita DAP Sabah managed to build inclusiveness and consensus in electing her line-up for 2021-2023.

In the process, DAP women members identified women leaders who have worked hard and contributed to the party over the years, and also included all division heads and ethnic and geographical representatives in the current committee member ranks.

“In the five years that I was the DAP Sabah Women chief, I am proud to say that I have managed to build a strong and harmonious women movement in DAP, that has strong Orang Asal leaders as well.

“I am deeply saddened to know about the frustration and thus the resignation by Datuk Jimmy Wong from DAP. He was the one who recruited me into DAP along with Lim Kit Siang. I empathize with him and respect his decision, but for me I still believe in DAP and will continue my struggle in DAP.

“I urge all DAP members to stay strong in our struggle, and especially call on the Orang Asal members to work with me to realise our common aspiration to have more DAP state assembly and parliament representatives in the coming elections as a way to strengthen the Orang Asal and unite Sabahans as a whole,” she said.

Previous ArticleMinos: Manyin not seeking re-election no impact on GPS’s chances of winning all Bidayuh seats
Next Article Wong urged to retract decision to quit DAP