Thursday, July 7
You are at:Home»News»Nation»Najib’s possible return as PM the most dire implication of Melaka polls, claims Kit Siang 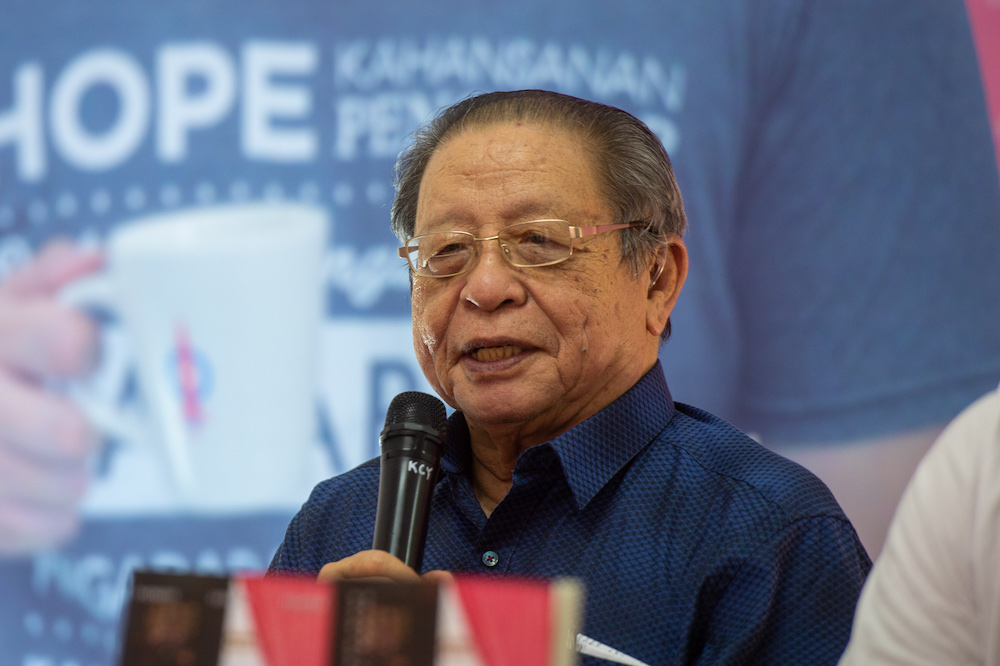 KUALA LUMPUR (Nov 23): DAP’s Lim Kit Siang today said that the most menacing implication of the results of the Melaka state election is the possibility of Datuk Seri Najib Razak’s return as prime minister after the next general election.

However, the Iskandar Puteri MP questioned in a statement whether Najib’s resurgence is truly what Malaysians want, adding that fortunately, the outcome of the next general election is not yet set in stone.

“Is this what Malaysians deserve, to get rid of the man who made Malaysia infamous as a ‘kleptocracy at its worst’ and to receive him back four years later as a saviour of the nation freed of all corruption charges as if to install a model kleptocracy for the world?” he asked.

It is however unsure how Lim arrived at his claim, as Barisan Nasional (BN) has never indicated its support for Najib as its next prime ministerial candidate.

“There were 11 seats which Barisan Nasional won with less than 1,000-vote majority, eight against Pakatan Harapan (PH) and three against Perikatan Nasional (PN),” he said.

He added that the voter turnout in the Melaka polls was 19 per cent lower than in the 14th general election, which stood at 83.52 per cent.

“If these 11 seats had been won by PH and PN, the distribution of seats among the three coalitions in Melaka on Polling Day would be PH 13, BN 10 and PN 5,” he said.

He said that the loss in Melaka is a temporary setback for DAP and PH’s cause of Malaysian First, the Malaysian Constitution, the Rukun Negara, good governance and the rule of law, adding that Malaysians must not give up hope to ensure Malaysia becomes a world-class nation.

“The Melaka general election results remind me of my visit to Hang Tuah’s grave in Duyong, where I wondered whether the curse of corruption which had caused the fall of the Melaka empire more than 500 years ago would also be the cause of the downfall of Melaka and Malaysia in the 21st century.

“Although there are political analysts who say the Malaysians are not interested in these principles, I am fortified by my visit to Bukit China during the Malacca election campaign, as  Melakans and Malaysians united to make a success of the ‘Save Bukit China campaign’ as a national heritage 37 years ago, proof that Malaysians can and will also fight for principles and the national interests,” he said.

On November 20, the Melaka state elections were held after the collapse of the state government following the withdrawal of support by four state assemblymen.

BN won the polls in a landslide victory, taking 21 seats out of 28 in the state assembly, giving them two-thirds majority in the formation of the new state government.

BN’s Datuk Seri Sulaiman Md Ali was sworn in as the new chief minister of Melaka, and began his duties yesterday. – Malay Mail