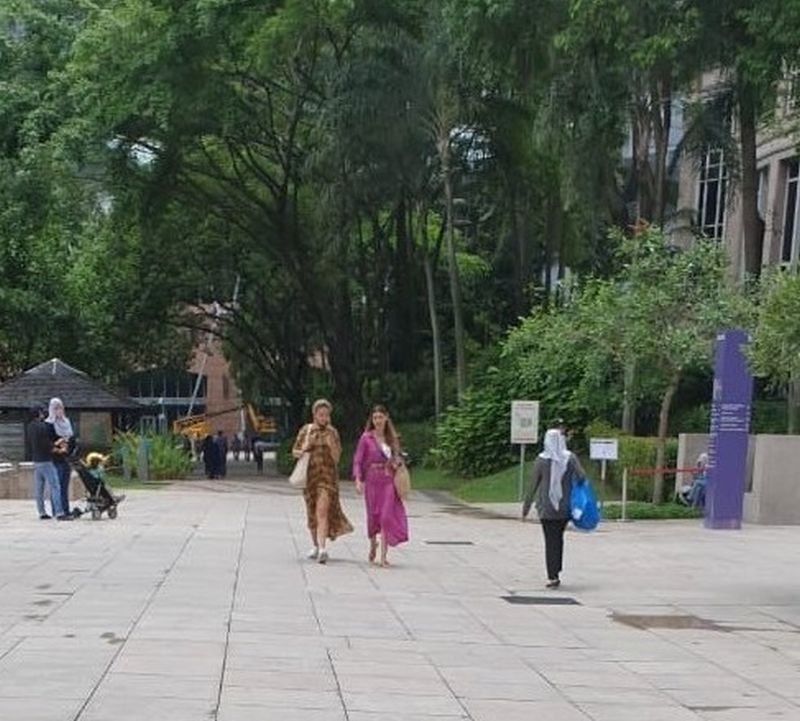 The two women aged 39 and 37 have been called in for questioning in relation to a picture of them walking around outside the popular city shopping centre without masks, which went viral on November 17. — Photo via Twitter

KUALA LUMPUR (Nov 23): Two foreigners spotted walking around the park outside Suria KLCC here without face masks in violation of the Covid-19 standard operating procedures from the National Recovery Plan have been identified and questioned by the authorities.

Dang Wangi police chief Assistant Commissioner Noor Dellhan Yahaya said the two women aged 39 and 37 were called in for questioning in relation to a picture of them walking around outside the popular city shopping centre without masks, which went viral on November 17.

“Immediately after the photo went viral, the Criminal Investigations Department attempted to identify them and they were asked to present themselves for questioning on November 19.

“Both individuals have had their statements recorded to assist in the investigations,” he said in a brief statement here.

Noor Delhan also denied that one of the women was the same woman previously fined RM3,000 for causing a commotion outside the Dior store by refusing to wear a face mask and failing to check in at the Suria KLCC shopping mall via the MySejahtera app last month.

He said the investigation paper on the latest incident was in the final stages, before it will be sent to the deputy public prosecutor’s office for further action.

He then reminded the public to always comply with the Covid-19 SOPs as they would otherwise be subject to enforcement action. – MalayMail

*Editor’s note: An earlier version of this article contained an error which has since been rectified.