Wednesday, May 18
You are at:Home»Sports»Football»Ronaldo pays tribute to ‘outstanding human’ Solskjaer after sacking 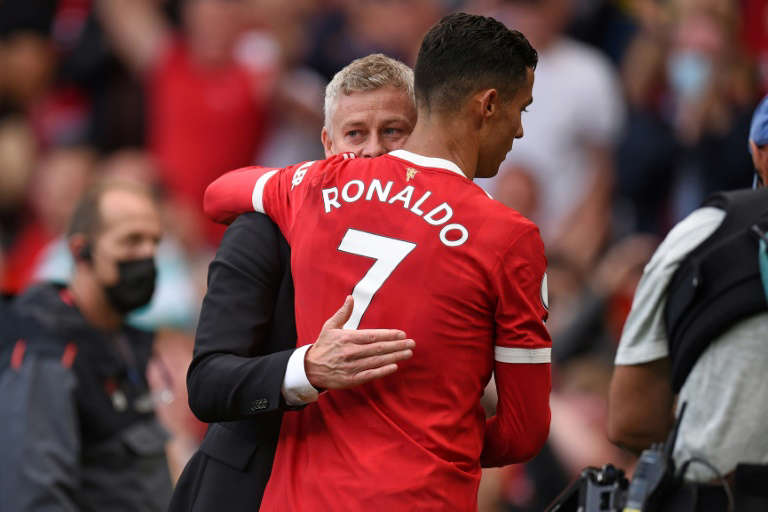 Cristiano Ronaldo paid tribute on Monday to “outstanding human being” Ole Gunnar Solskjaer after the Norwegian was sacked as Manchester United manager.

Ronaldo, who returned to Old Trafford in August, has scored nine times in 13 games for United this season but has failed to prevent the club’s slide down the Premier League table after a series of embarrassing results.

Solskjaer was sacked on Sunday, less than 24 hours after United’s humiliating 4-1 defeat at Watford, which followed chastening home losses to Liverpool and Manchester City.

Ronaldo, 36, was a team-mate of Solskjaer’s in his first spell at the club under Alex Ferguson.

“He’s been my striker when I first came to Old Trafford and he’s been my coach since I came back to Man. United,” Ronaldo said on Twitter.

“But most of all, Ole is an outstanding human being. I wish him the best in whatever his life has reserved for him. Good luck, my friend! You deserve it!”

Former United midfielder Michael Carrick, who was part of Solskjaer’s coaching team, will take charge of upcoming games while the club look to appoint an interim manager until the end of the season.

United are already realistically out of the Premier League title race, 12 points behind leaders Chelsea, and face a crucial Champions League trip to Villarreal on Tuesday. – AFP