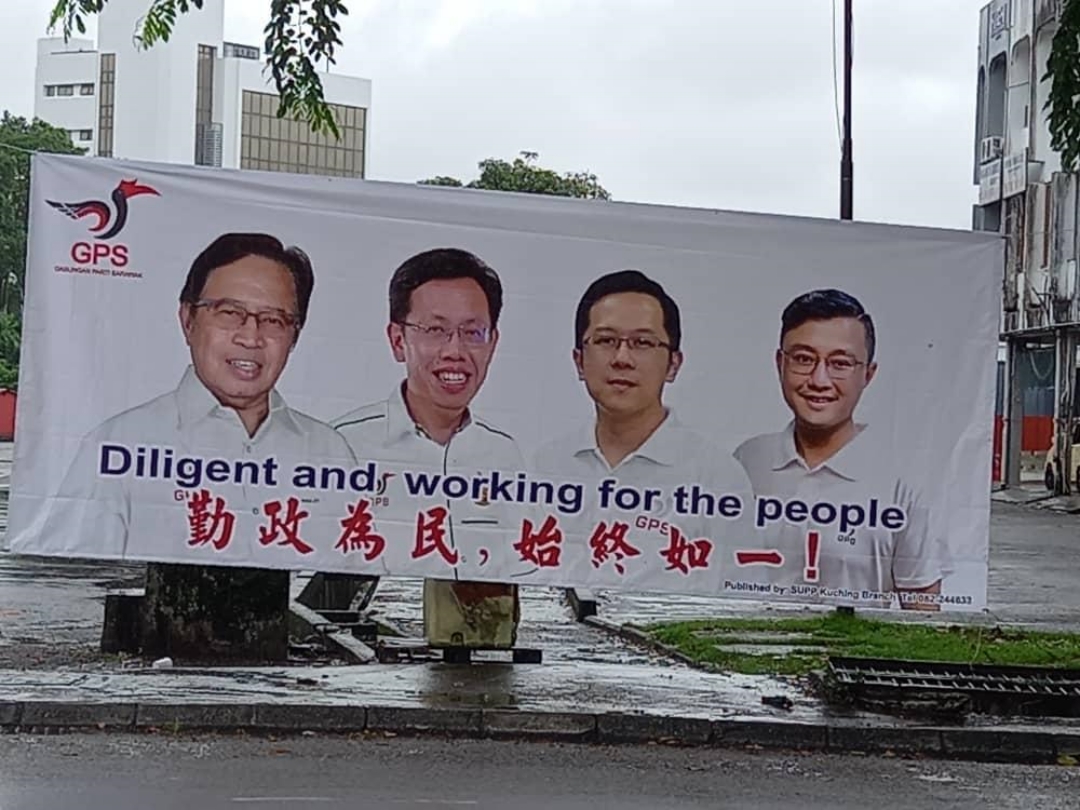 Photo shows a SUPP Kuching banner, put up at Jalan Sungai Padungan following the launch of the branch’s election machinery.

Banners had been put up near the branch office at Jalan Sungai Padungan here to signify the launch.

“With the next state election being just around the corner, various political parties seem to be stepping up their preparations for the battle.

“In addition to issuing statements through newspapers, their potential candidates have also been moving around to serve the constituents and at the same time, propagate their political ideals,” said SUPP Kuching in a statement.

It said although having failed to secure Padungan state constituency in the last three consecutive state elections, SUPP had continued to ‘tirelessly serve the constituents’.

Nonetheless, it also observed that with the Covid-19 pandemic having adversely impacted the global economy and also the livelihood of many people, there was a widespread political apathy among the electorate.

“We believe that the people are gradually becoming indifferent towards politics as health issues and the revival of the economy post-pandemic are now of utmost importance to everyone.

“On the other hand, there is a necessity to do away with the ‘political sweet-talkers full of empty promises’, and choose the aspirants who can walk the talk and bring real change,” it pointed out.

“Such acts have not only led to the violation of human rights, but have unscrupulously caused tensions and worries among the people as well.

“Hence, we would like to call upon the electorate to help make our voices being heard by voting for the right candidates.

“It is not enough to just want a change – we have to go and make that change by voting the right people,” it said.