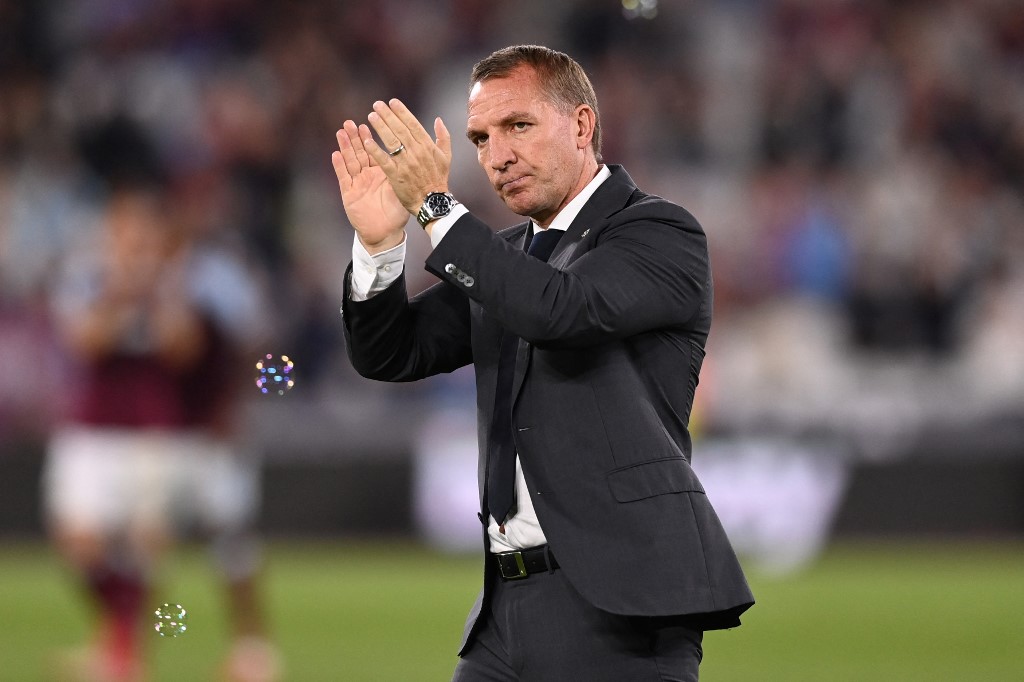 PARIS (Nov 24): Leicester City boss Brendan Rodgers will put aside speculation linking him with the vacancy at Manchester United to focus on beating Legia Warsaw on Thursday to ensure the Foxes keep their hopes of automatic qualification to the Europa League knockout stage alive.

The 48-year-old Northern Irishman has been linked with the United role after Ole Gunnar Solskjaer was sacked last Sunday.

It comes, though, at a time when Rodgers is encountering his rockiest patch since he took over in 2019.

The Foxes have for the past two campaigns been right in the mix challenging for a Champions League spot.

However, this term they are 12th in the Premier League table, eight points off a Champions League spot with almost a third of the season gone.

An illustration of how much their form has dropped off was the easy manner in which the team they defeated in May’s FA Cup final Chelsea beat them 3-0 last Saturday.

Rodgers needs a quick pick me up against the Polish side who beat them 1-0 in Warsaw in their earlier group stage meeting.

Leicester are third in the group, two points off leaders Napoli and one adrift of Thursday’s opponents.

Victory over Legia would keep them in the hunt with one match to play to top the group and progress to the knockout stages.

The runners-up would be consigned to a play-off which also features the eight third-placed Champions League group teams.

Napoli are away to bottom side Spartak Moscow who need to win to stay in the race themselves today.

A win for Rodgers’s side could set up a winner takes all trip to Napoli in their final match.

“Whenever you’re playing in Europe, you’re coming up against a good team,” he told the Leicester website.

“Unfortunately, we lost to them over there, but we will be looking to use that experience to win our game here.

“In that game over there, they were very intense, they fought a lot and they made it difficult for us.

“We couldn’t get a victory out of the game, but hopefully this game will enable us to force ourselves on them, take the fight to them and show our true qualities.”

Celtic, where Rodgers re-established his managerial credentials after a sour end to his term at Liverpool, are battling to book their ticket into the next stage.

Celtic can still qualify automatically and could take a huge step in doing that if they beat table-topping Bayer Leverkusen in Germany.

Victory would leave them one point off Leverkusen and with a final home game against Real Betis.

“I feel we are in a good place to have a go at them,” said Celtic’s Australian manager Ange Postecoglou.

“Can we take the game to them and come away with a result?

“Otherwise it’s all bravado without any substance.

“The reason we play as we do is because that is the kind of team we want to be.

Jose Mourinho’s ‘Special One’ status has taken a battering in recent years and his spell with AS Roma is showing few signs of it being revived.

Way off the pace for the Serie A title, they are also second in their third-tier Europa Conference League group a point behind Norwegian outfit Bodo/Glimt.

Mourinho’s side realistically need to beat third placed Zarya Luhansk in Rome if they are to entertain hopes of finishing top as Bodo/Glimt host bottom side CSKA Sofia.

Tottenham the latest club where Mourinho failed to deliver are also second in their Europa Conference group but should have little trouble in beating pointless NS Mura.

That should set up Antonio Conte’s team with a winner takes all clash against table-toppers Rennes in London on December 9. – AFP