Friday, May 27
You are at:Home»News»12th Sarawak Election»Sarawak polls: PDP’s Edwin Bandang receives more support to be GPS candidate for Pakan 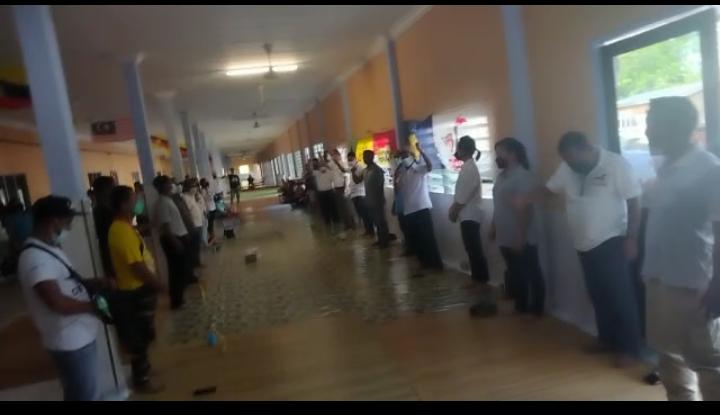 During the recent meet-the-people session held at the 15-door Rumah Kunjan Karin, Ng Sg Marau in Buku, members of one of GPS coalition partners; Parti Rakyat Sarawak (PRS) have expressed their support for Edwin to be fielded for the seat.

The longhouse chief Kunjan, who is a hardcore PRS member, was happy with the unity shown by GPS coalition partners in endorsing Edwin for Pakan seat.

“Let us all throw our undivided support behind Edwin in the coming election,” he added.

Pakan PRS Women chief Councilor Fitz Patrick described Edwin as a well known individual among the local people and a strong supporter of the GPS government.

“We should give him all the credit for building a close rapport among the GPS coalition partners,” she said.

She added that Edwin has gained the trust and respect from the Pakan people and that should be a strong reason to nominate him as the candidate for Pakan.

“Rest assured, we will help to give a strong support to ensure that he will win in the election,” she said.

PDP Pakan deputy chairman, Barau reiterated that they would render their undivided support to ensure Edwin wins the seat.

He also extended his greatest gratitude to PDP president Datuk Seri Tiong King Sing for entrusting them with the task to win the seat for GPS in the coming state election.

“It will indeed be a great honour for us if we can help GPS win the seat,” he said.

In the last election in 2016, Mawan contested as a BN-direct candidate and won with a majority of 426 votes in a three-cornered fight against Rinda Juliza Alexander from DAP and an independent candidate Jawie Jingot @ Jenggot.