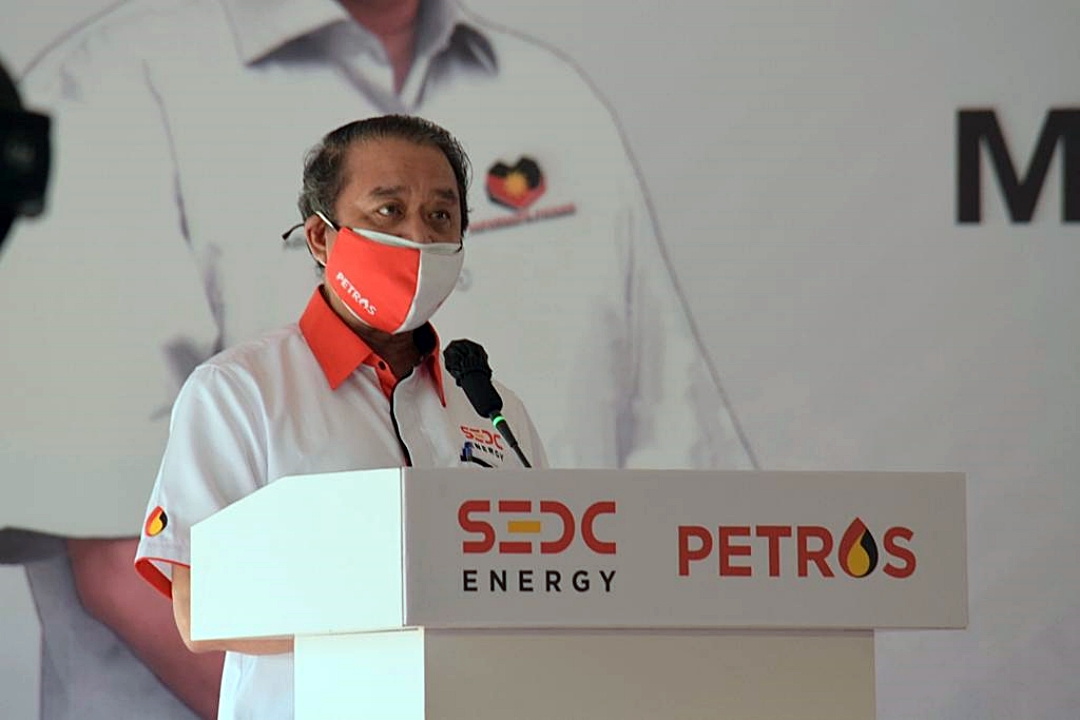 “We are planning other multifuel refuelling stations in Bintulu, Miri, Sibu and Sri Aman in the coming years, but we are also looking forward to develop dealer-owned, dealer-operated Petros stations.

“(This is) so that entrepreneurs interested in this can participate in the business of retailing various fuels,” he said in his welcoming speech at the ground-breaking ceremony of the multifuel refuelling station at MJC Batu Kawa officiated by Chief Minister Datuk Patinggi Tan Sri Abang Johari Tun Openg yesterday morning.

Abdul Aziz said that besides just producing zero carbon or green hydrogen, SEDC Energy will also be looking into the manufacturing or assembling of hydrogen fuel cell components.

“This is part of the efforts to expand the hydrogen economy in Sarawak.

“The project undertakings, which are geared towards reducing carbon, may also contribute to the potential carbon credit markets (that) can be another commodity for Sarawak in the global market,” he said.

Abdul Aziz said both SEDC and SEDC Hydrogen are committed in their development efforts for Sarawak’s Green Economy and Hydrogen Agenda.

He noted that with various projects being mapped out that focus on the global push towards Net Zero Emissions by 2050, the Petros multifuel stations would be one of the key projects in doing so.

“This multifuel station will serve our current conventional vehicles, which are running on petroleum and diesel. Our goal for these multifuel stations is also to serve the future, next generation low carbon emission vehicles such as Electric Vehicles (EVs) and Fuel Cell Electric Vehicles (FCEVs) as the transition from the conventional Internal Combustion Engines is high.

“This is in line with achieving a net zero carbon emissions future. These multifuel stations will be equipped to charge Electric Vehicles (EV) as well as fuel up Fuel Cell Electric Vehicles (FCEV) which is unlike any other stations currently in Malaysia, and this is indeed something that we can be very proud of,” he said.

Abdul Aziz said that aside from refuelling, these stations will provide commercial spaces for local and global brands to market their products or services and at the same time spur the local economy especially areas surrounding the stations.

“In line with Sarawak’s ambition to be a digital powerhouse, the stations’ equipment and system features Internet of Things (IoT), automated sensors, Big Data analytics and cashless payments with integration to existing platforms like Sarawak Pay.

“Manual labour during the operation of these stations will be minimised and different skill sets are needed compared to the conventional workers at conventional stations,” he added.

“There may be some challenges to that, however, this is how we will be able to learn to become the experts in this field, as I strongly believe that challenges will make us more determined, focused and therefore propel ourselves further in the right direction.

“Subsequently we will be able to contribute not only to Sarawak but also be known as a leader in this industry globally,” he said.

The station at MJC Batu Kawa New Township will be the second multifuel refuelling station in Kuching, after the first flagship multifuel station at Darul Hana.

Previous ArticleS4S: Better for candidates to go for debates instead of typical election campaigning
Next Article First of 5 private international schools to start operation next March