Tuesday, February 7
You are at:Home»News»Sarawak»Snowdan says viralled PRS candidates’ list is fake, calls it ‘surat layang’
For the freshest news, join The Borneo Post's Telegram Channel and The Borneo Post on Newswav. 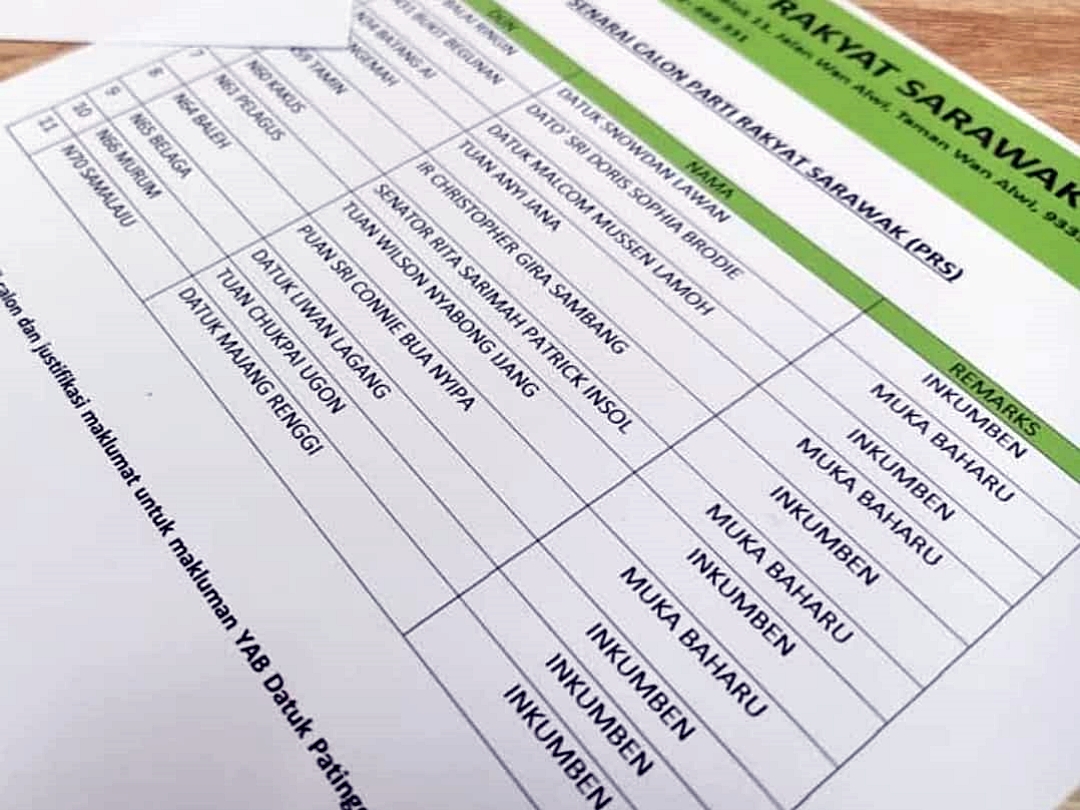 The photo of the supposedly PRS candidates who will contest in the next state election which has been circulated around via Whatsapp today.

Contacted by The Borneo Post today after a photo of the list began making its rounds on WhatsApp, the Balai Ringin incumbent said he is in possession of the ‘real list’ and confirmed it was not the same as the one shown in the photo.

“I have the real list with me and it is not the same with the one I see on the photo. Of course it has the names of the party members and the supposed areas where they will contest in as candidates, but I can confirm that list is not real.

“The photo is a surat layang,” he said.

To emphasise his point over the validity of the circulated list, Snowdan said the one seen in the photo did not bear any signature which would prove its authenticity.

The list shown in the photo names four new faces to contest for PRS in the coming polls, along with seven incumbents defending their seats.