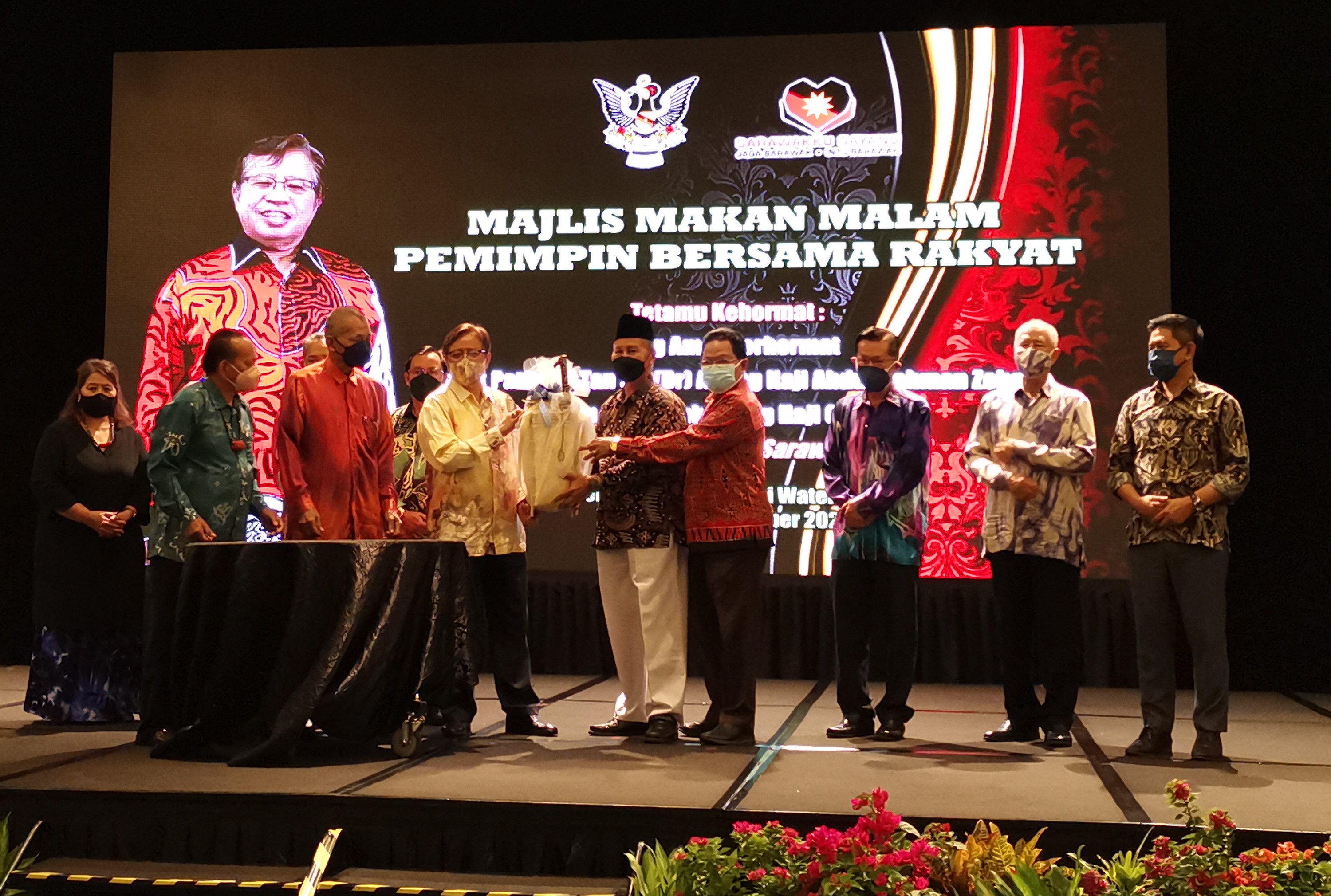 MIRI (Nov 25): Sarawak is seeking the inclusion of a representative on the Inland Revenue Board (LHDN) to monitor actual contributions from the state to the national coffers, said Datuk Patinggi Tan Sri Abang Johari Tun Openg.

The Chief Minister lamented there is currently no representation on the board from Sarawak or Sabah for checks and balances.

He said this is in line with the push for recognition of state rights under the Malaysia Agreement 1963 (MA63) and Inter-Government Committee (IGC) report.

“There is not even a single representative from Sarawak or Sabah in IRB. It is only through IRB that we will know the actual revenue in the country,” he said during a meet-the-people dinner here last night.

Abang Johari said this shortcoming was overlooked in the fight for the return of eroded state rights and official recognition of MA63 in the Federal Constitution, with the proposed amendment now at the first reading stage in Parliament.

He stressed Gabungan Parti Sarawak (GPS) has already pursued recognition of the state’s rights and return of those eroded in line with the pledge made in the last state election under the leadership of the late Pehin Sri Adenan Satem in 2016 in Barisan Nasional (BN) Sarawak’s election manifesto.

He said there has been progress with the proposed Federal Constitution amendment to recognise MA63 and the IGC report, as well as the recognition of Sarawak’s rights under the Oil Mining Ordinance 1958 to collect sales tax and others.

Abang Johari said the collection of sales tax in the past three years has enabled Sarawak to table an annual budget of about RM10 billion, which has spurred accelerated infrastructure development and funds to deal with Covid-19 challenges more effectively.

This included infrastructure development projects under the Highland Development Agency (HAD), road project linking Miri to Mulu, the new Miri City Hall, and others in Miri Division.

Since winning its battle in court against Petronas, he said the state government has collected sales tax to enable the allocation of RM7 billion for rural water and electricity supply projects and RM5.3 billion for aid under the Sarawakku Sayang Special Assistance (BKSS) packages, quarantine costs, rural vaccine transportation, and other Covid-19 pandemic expenses.

Abang Johari said there are more plans for the post-Covid-19 pandemic era, particularly in uplifting the digital economy and other services, apart from infrastructure and amenities development.

However, he pointed out this would require a fresh mandate from the people come polling day on Dec 18.