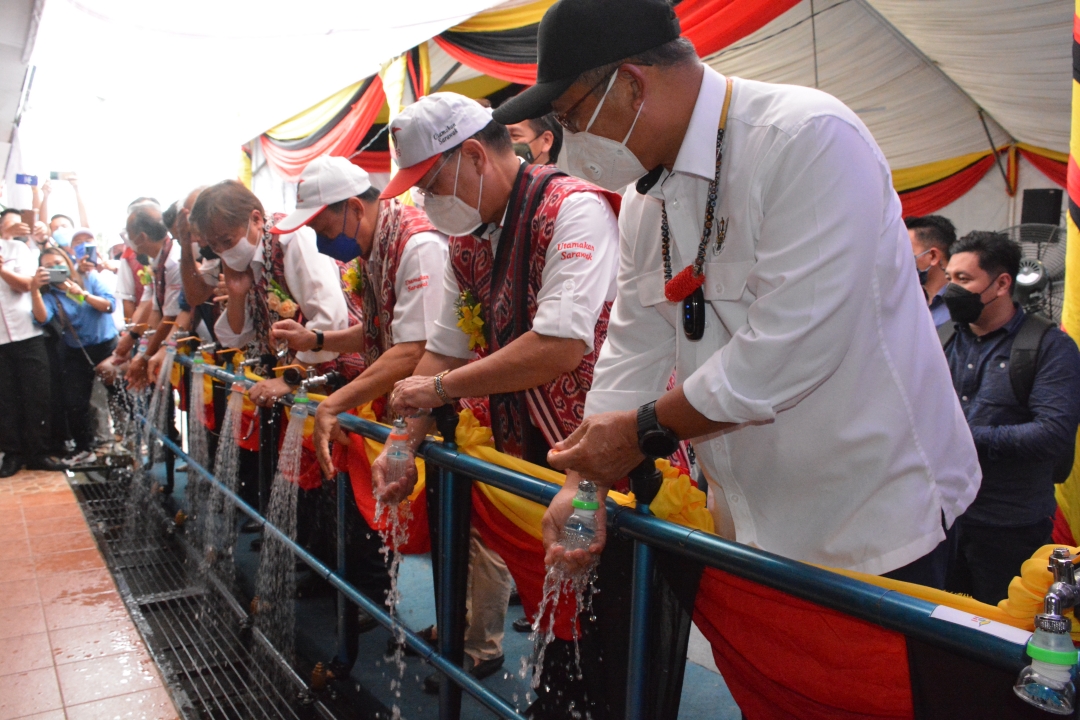 He made the announcement at the launching of Marudi water supply project at Rh Ridab in Sg Pasir here today.

Abang Johari also called on the voters to give a fresh mandate to Mulu assemblyman and himself as the chief minister in the polls so that he could fulfill his promises to the people.

He said it was his desire to develop Baram under the Highland Development Agency, such as building a road from Marudi to Long Terawan, Mulu and beyond to boost the people’s economy.

“Under HDA, we will build a road from Miri to Marudi then to Long Terawan, which is going to cost a lot.

“We have money from the sales tax of Petronas products for us to build the road. This is my promise,” he said.

Abang Johari also stressed the importance of having strong relationship with the federal government, especially in developing rural areas. 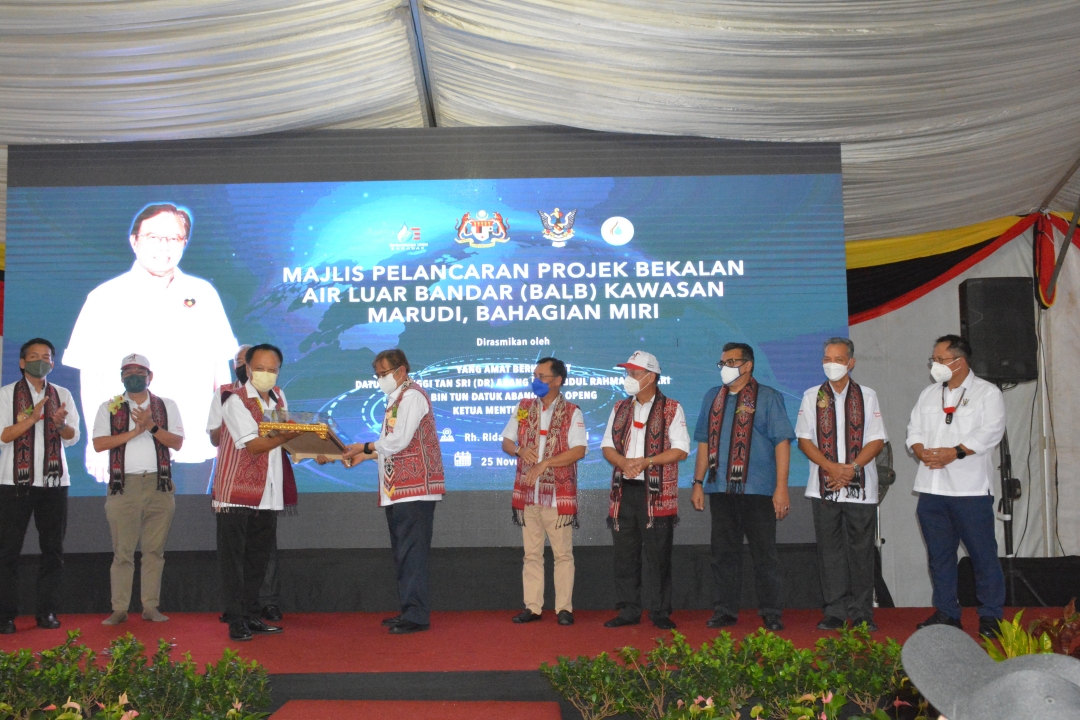 Abang Johari (sixth right) receives a memento from Randie as others look on.

Meanwhile, Minister of Rural Development Datuk Seri Mahdzir Khalid, who was also present at the function, said RM600 million had been spent under the 11th Malaysia Plan to supply treated and clean water to 10,625 houses or 53,125 households in Sarawak.

“There are already seven water supply projects this year in Sarawak under the 12th Malaysia, and seven more next year.

“The federal government has approved RM1.7 billion for water supply under the 12th MP over the next five years,” he said.

On Marudi water supply project, Madhzir said it was a project under the 11th MP involving cost of RM38.5mil.

“Apart from rural water supply projects, the ministry also implements rural electricity supply, of which three projects have been approved for Marudi and Telang Usan involving RM282.5 mil,” he said.

He said the federal government, through his ministry, was committed to continue developing Sarawak and find solutions to help develop the rural areas.

“As the minister in-charge of rural development, we have an understanding on various matters that can be solved between the federal and state governments,” Madhzir said.