Saturday, August 13
You are at:Home»News»Sarawak»Hilux crashes into coffeeshop in Sibu, father and son escape being run over 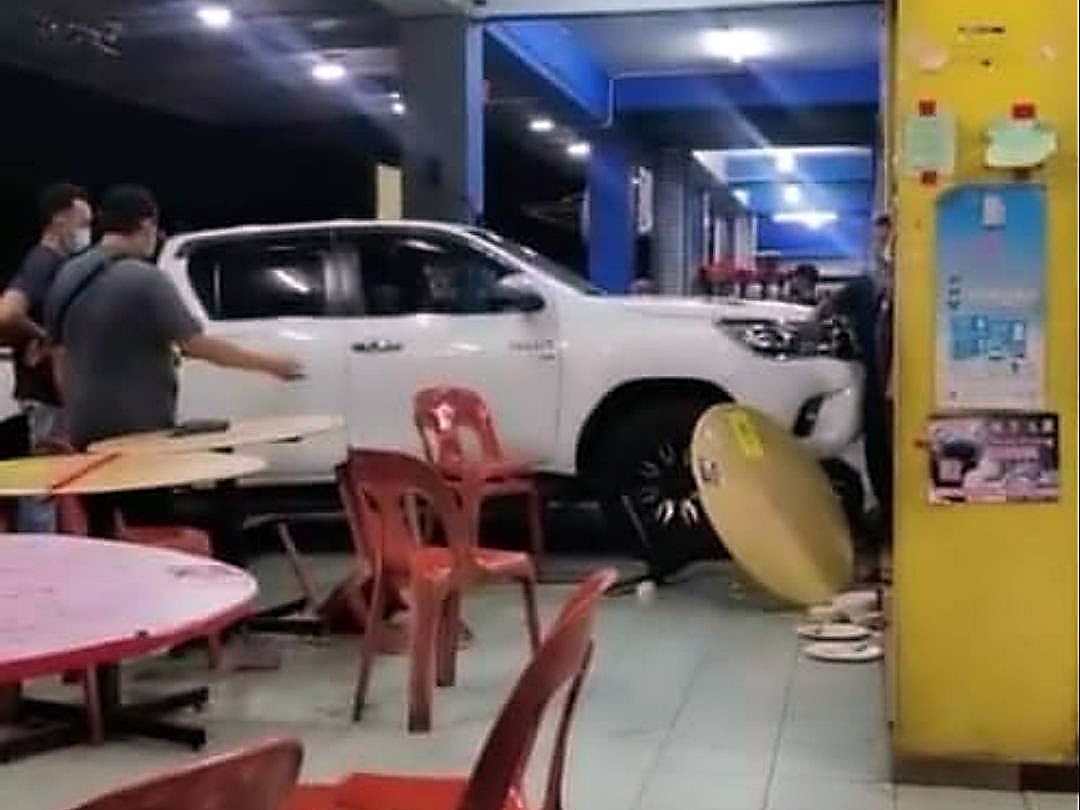 The aftermath of the crash at the coffeeshop in Permai Housing Estate.

SIBU (Nov 25): A father and son pair managed to avoid being run down by a Toyota Hilux while having a drink at a coffeeshop at Permai Housing estate last night.

The incident happened around 9pm, saw the female driver of the Hilux allegedly lost control of her vehicle before crashing it into the coffeeshop where the father and son was drinking at.

It was said that the father managed to pull away his son to safety when he noticed the Hilux coming straight to where they were before crashing into the coffeeshop.

On Nov 21, a similar incident also happened where a car crashed into a coffeeshop at Jalan Kampung Nyabor around 4.50am.

The car was said to be heading towards Kampung Nyabor from Brooke Drive before it lost control, knocked down the iron fencing along the roadside before crashing into the coffeeshop.

No injuries were reported.