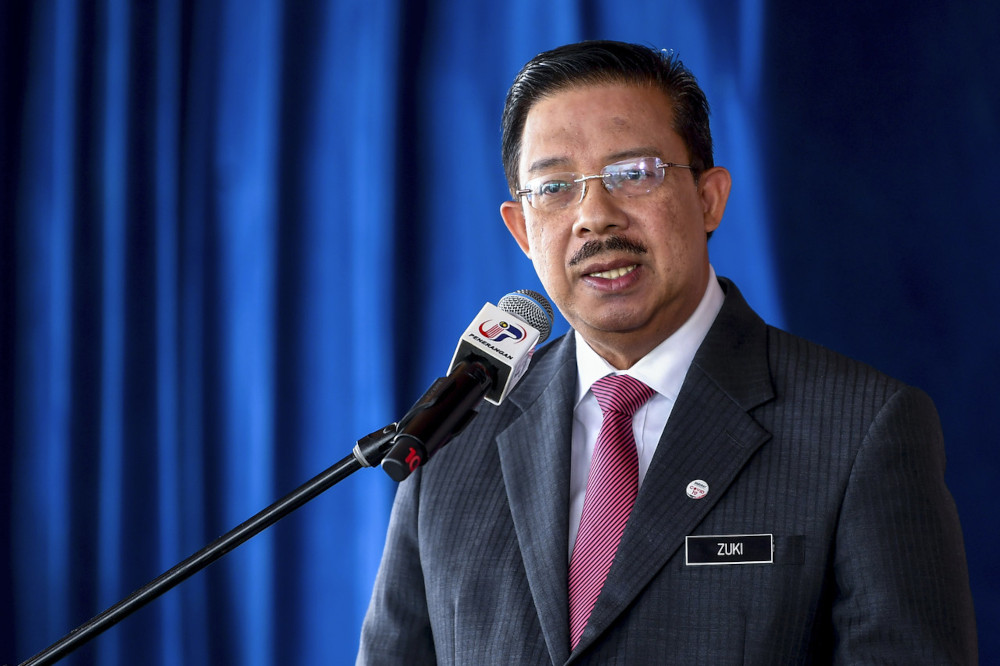 PUTRAJAYA (Nov 25): Civil servants should imbibe the ‘Keluarga Malaysia’ aspirations in implementing programmes planned by the government so that the people’s interest and problems could be attended to like caring for a family, said Chief Secretary to the Government, Tan Sri Mohd Zuki Ali.

At a ‘Keluarga Malaysia Aspirations’ webinar session organised by the National Institute of Public Administration (Intan) today, he said the Covid-19 pandemic had adversely affected many people including children who became orphans, besides single mothers, the disabled and refugees.

In this matter, he said the civil servants’ role needed to be enhanced with full integrity and trustworthiness so that all those affected could benefit from the government’s various economic stimulus packages and initiatives worth a total of RM530 billion.

“It is a spirit infused into the country’s administration with the hope that the interest and well-being of all Malaysians regardless of race, religion and political ideology be cared for as in a big family,” he added.

“The prime minister has also directed that each ministry expedite the implementation of at least three programmes and initiatives with the objective of lessening the impact of the pandemic on the people as a key performance index of the new government’s first 100 days.

‘In monitoring implementation of the various programmes and initiatve planned under the ‘Keluarga Malaysia’ ambit, the Key Happiness Outcome (KHO) has been introduced to complete the KPI, while a big responsibility has been placed on the shoulders on us all civil servants towards this end,” he added.

Mohd Zuki also said that through the Faster principles, civil servants needed to get rid of the selfish mentality and instead, work closely in an organisation, not delay an application without valid reasons, and make good use of digital technology in providing services.