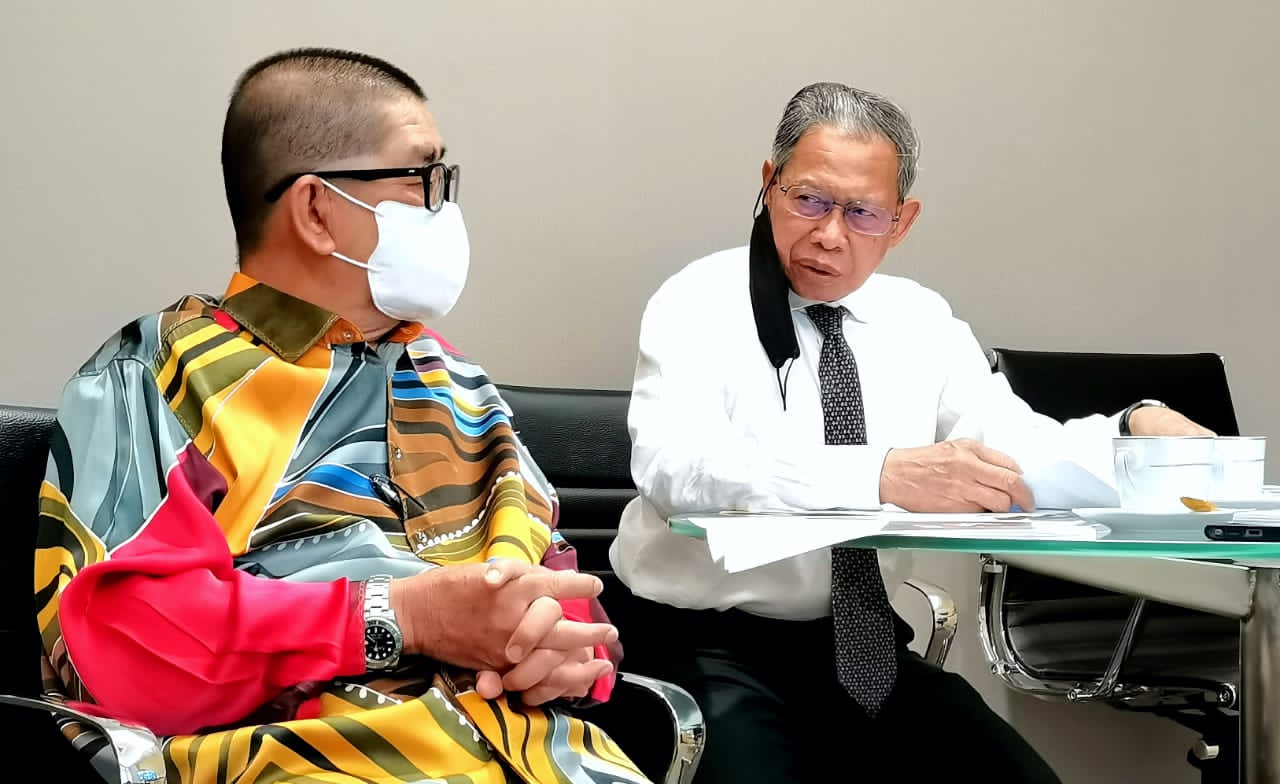 Ongkili and Mustapa having a discussion during the meeting on Thursday.

KUALA LUMPUR (Nov 25): A joint task force has been set up to plan and monitor the border developments in Sabah and Sarawak in line with Indonesia’s plan to move its capital city to Kalimantan.

Minister in the Prime Minister’s Department (Sabah and Sarawak Affairs) Datuk Seri Dr Maximus Ongkili said the task force will be studying the impacts of the capital shift to development plans in Sabah, Sarawak and Kalimantan.

“This task force is a joint effort between us (JPM HESS) and the Prime Minister’s Department (Economics), chaired by Minister Datuk Seri Mustapa Mohamed and myself,” said Ongkili after the first task force preliminary meeting on Thursday.

Apart from infrastructure development, the task force will also look into other aspects such as tourism, cultural exchanges, education and health tourism.

“We will also look at issues related to border securities and the setting up of Customs, Immigration Quarantine and Security (CIQS) at all possible entry points between the two countries,” said the Kota Marudu Member of Parliament.

He added that the task force came about after Prime Minister Datuk Seri Ismail Sabri Yaakob and lawmakers raised their interests and worries on the proposed shifting of Indonesia’s capital city to Kalimantan from Jakarta.

“We are in the midst of drafting working papers on the issue and will meet again mid next month, in preparation for the Special Council on Malaysia Agreement 1963 meeting where both Sabah and Sarawak chief ministers will be involved in deciding the long-term border development strategies and programmes,” he said.