Saturday, August 13
You are at:Home»News»Nation»KPWKM to expand transit centres for victims of domestic violence, says minister 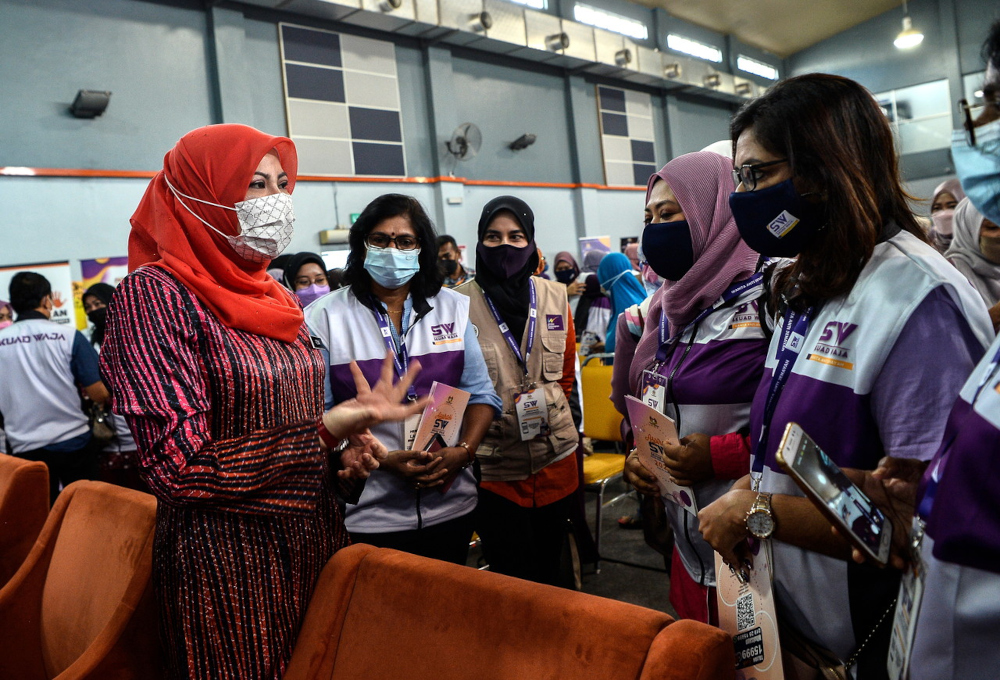 KUALA LUMPUR (Nov 25): The Women, Family and Community Development Ministry (KPWKM) will expand the programme which makes mosques as transit centres for victims of domestic violence.

“In our effort to expand it further, we have already talked to several mentri besar because mosques are under the jurisdiction of the state government and so far, it has received a good response,” she told reporters after launching the International Day for the Elimination of Violence Against Women and Aspirasi Skuad Waja 2021 ceremony at the Ampang Hilir Multipurpose Hall here today.

Rina said, through the programme, mosque committee members would be given social psychology guidance to ensure that they would be able to handle cases of domestic violence.

Based on statistics from the Royal Malaysia Police (PDRM), a total of 6,443 cases of domestic violence had been reported from January to October this year compared to 4,217 cases in the same period last year, she said.

Rina said she was optimistic that the Waja Squad established under the Women Development Department (JPW) would continue to be an agent of change in the community by detecting cases of violence against women throughout the country.

“Of that number, a total of 93,295 of them are women and 6,907 are men. The involvement of these men proves that the struggle to address violence against women rests not only on the shoulders of women, but also men,” she said. — Bernama