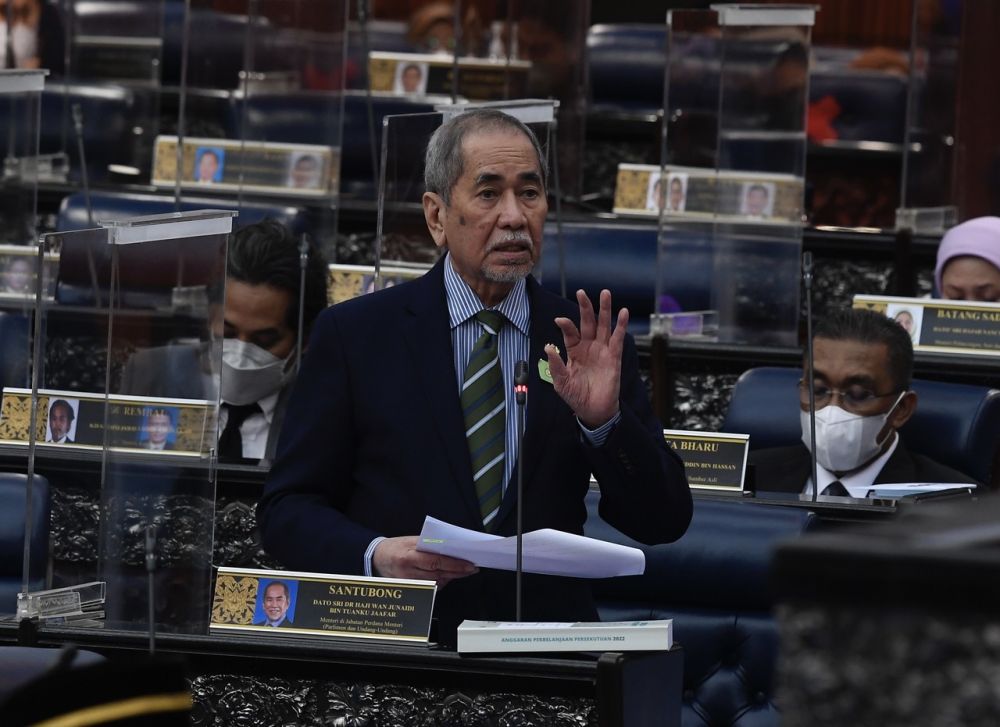 To address the issue, Datuk Seri Wan Junaidi Tuanku Jaafar said the government through its National Anti-Corruption Plan 2019-2023 has focused on public sector administration through its ‘Strengthening the Effectiveness of Public Service Delivery’ strategy. – Bernama photo

KUALA LUMPUR (Nov 25): The Malaysian Anti-Corruption Commission (MACC) received an average of some 4,300 tip-offs annually in relation to corruption among civil servants between 2015 and 2021, a parliamentary written reply has revealed.

In the reply to Puchong MP Gobind Singh Deo, Minister in the Prime Minister’s Department (Parliament and Law) Datuk Seri Wan Junaidi Tuanku Jaafar said a total of 30,679 tip-offs were received by MACC between 2015 and September 2021.

Gobind had wanted the government to state how many government employees were arrested and charged for offences involving corruption from 2015 to now and how the government intends to address this problem.

“From that figure, a total of 3,357 investigation papers were opened.

“Based on the number of investigation papers opened, a total of 3,056 arrests were made of which 1,159 of them have been prosecuted and 567 convicted thus far,” Wan Junaidi said.

Providing a further breakdown, 2018 saw the highest number of tip-offs received at 5,078.

The highest number of those detained over corruption offences was recorded in 2019, at 525 individuals.

In order to address the issue, Wan Junaidi said the government through its National Anti-Corruption Plan 2019-2023 (NACP) has focused on public sector administration through its “Strengthening the Effectiveness of Public Service Delivery” strategy with 26 initiatives spearheaded by various government agencies.

The NACP, launched on January 29, 2019 by the then Pakatan Harapan government, is a five-year framework with six strategies covering 115 initiatives to eradicate corruption in Malaysia. – MalayMail