Saturday, August 13
You are at:Home»Business»Minimal impact from Turkish lira’s depreciation 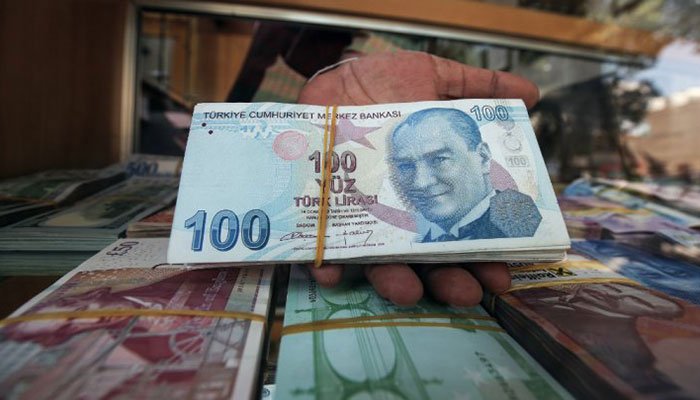 Turkey is currently facing its worst currency crisis since August 2018 when the value of the lira hit historic lows after a row with then US president Donald Trump. — AFP photo

KUCHING (November 25): Malaysian companies with exposure to the Turkish lira will likely see minimal impact from the currency’s plunge to record lows this week.

The Turkish lira dropped to new lows as early as Tuesday this week after the country’s president, Recep Tayyip Erdogan, stuck to his support for interest rate cuts, warning his country was in a “war of economic independence.”

Turkey is currently facing its worst currency crisis since August 2018 when the value of the lira hit historic lows after a row with then US president Donald Trump.

The Turkish central bank on Thursday bowed to pressure from Erdogan and cut its policy rate from 16 to 15 per cent despite rising inflation and a fast-depreciating currency.

“For example, we understand that the locals have not been able to purchase iPhones and other electronics online. The currency volatility may have caused a surge in prices of imported goods,” it said in its review of the Turkish lira yesterday.

“We estimate that for every 10 per cent depreciation in the lira, IHH earnings will be impacted by 1.5 to two per cent,” it said, adding that about 60 per cent of subsidiary Acibadem Holdings’ revenue is lira-denominated with the remaining in euro.

“The same lira profit will translate into lower net profit at IHH Group level. However, foreign exchange impact will be limited as IHH has been actively reducing its unhedged debt exposure to 13 million euros equivalent as of end-June.

“This is much lower than the 583 million euros equivalent as of end-2018. As a result, forex loss for its first half of 2021 of RM157.9 million was almost fully offset by a cross-currency swap gain of RM155 million.”

In terms of contribution, the research arm saw that Acibadem’s net profit of RM267.3 million made up 20 per cent of IHH Healthcare’s profit.

On MAHB, AmInvestment Bank believed the recent plunge in the Turkish lira has a negligible impact on the airport operator with regards to its Turkey operation, Istanbul Sabiha Gokcen International Airport (ISG), whereby the bulk of its revenue is denominated in euro.

“Only a small 15 per cent of its revenue (coming from rental and commercial, as well ascarpark charges) are transacted in lira. This is however being offset by a bigger chunk of costs denominated in lira. This forms natural hedging for the currency’s impact on its earnings.

“That being said, we are not expecting a weaker lira to adversely impact the company’s earnings as the costs savings (due to the weaker currency) will also be small at less than one per cent of the group’s total forecasted core net losses, according to our estimates.”

It added that MAHB does not has any significant debt denominated in lira.

“For Tenaga, there is no impact because it has fully written down its associate investment in Turkey.”