Saturday, January 29
You are at:Home»News»Sarawak»Reezal: 3 out of 6 Civil Servants Housing Programme projects in Sarawak completed 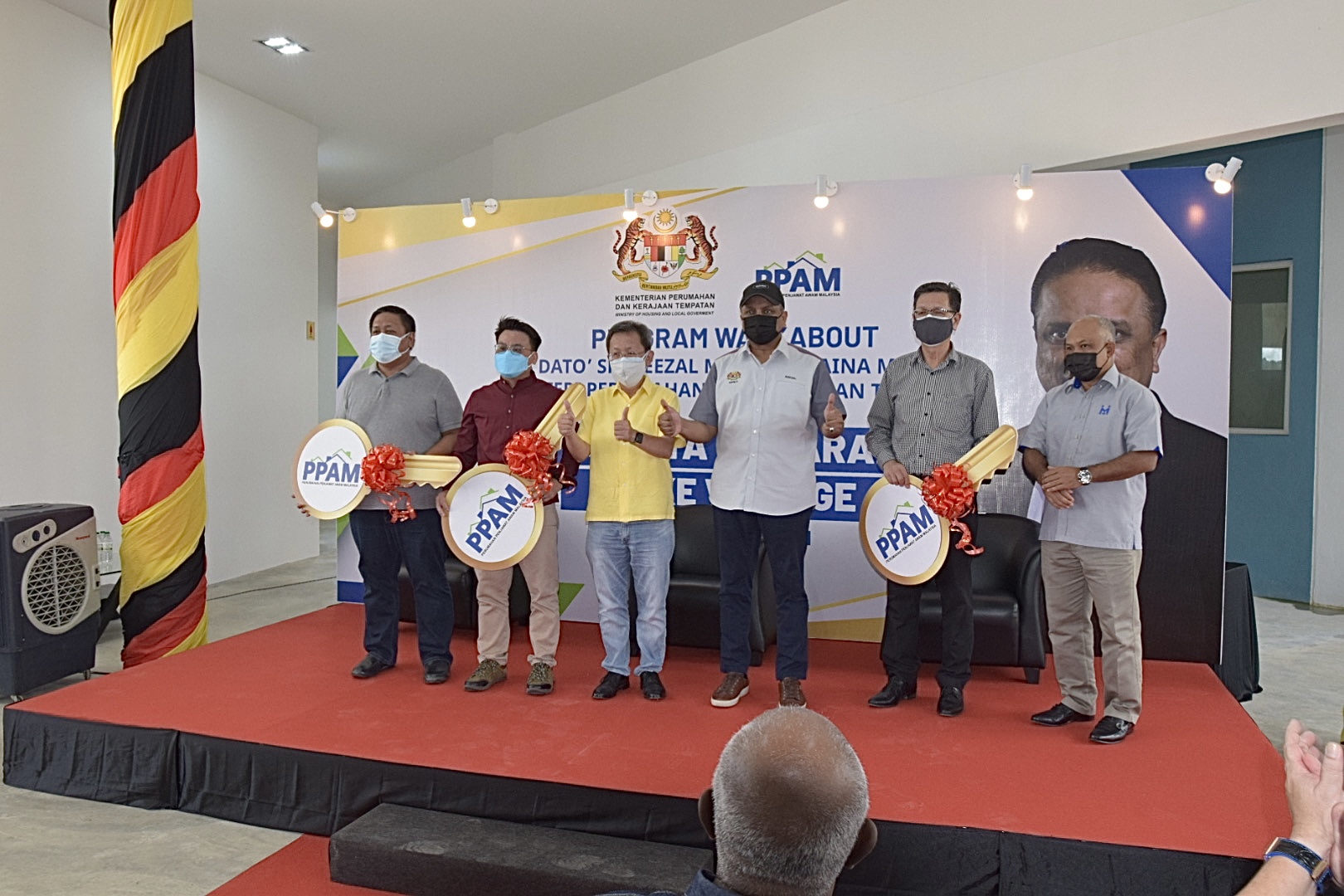 “PPAM Tabuan Jaya in Kuching and PPAM Sibu are being built while PPAM Miri is at planning stage. All these PPAM projects come with a total of 1,595 affordable housing units,” he told a media conference after a working visit to PPAM Kota Samarahan and handing over mock keys to three buyers today.

He said these units all have three bedrooms and two washrooms, with floor area ranging from 850 to 1,150 square feet.

According to him, 60 per cent of PPAM Kota Samarahan buyers are individuals aged between 25 and 35.

He was delighted that the project had enabled more younger generations to own a home at an earlier stage in their life.

He believed that they would not regret owning a property at a young age given that the property value will be appreciated in years to come.

He said not only is the housing area liveable but it offers facilities such as space for recreation, spacious parking, surau and Internet access.

“The walkway is very spacious and more importantly, these units offer comfortable living. This is a successful project.”

He hoped that the private sector would follow in the footsteps to offer more affordable housing for the people, be they landed or strata units.

He was glad to note that the Sarawak government had come up with a deposit scheme to facilitate more young Sarawakians in securing a loan to own a house.

“Even though the bank can offer up to 90 per cent of financing but sometimes it is hard for people to come up with that 10 per cent. So the scheme is good for home buyers especially the B40 and M40 group.”

Reezal said priority will be given to first-time home buyers as far as PPAM units were concerned.

At the national level, he said a total of 273 PPAM projects comprising 57,404 units had been planned, built and completed, as of Nov 22.

Of these, he said 162 projects comprising 24,378 units had been completed.