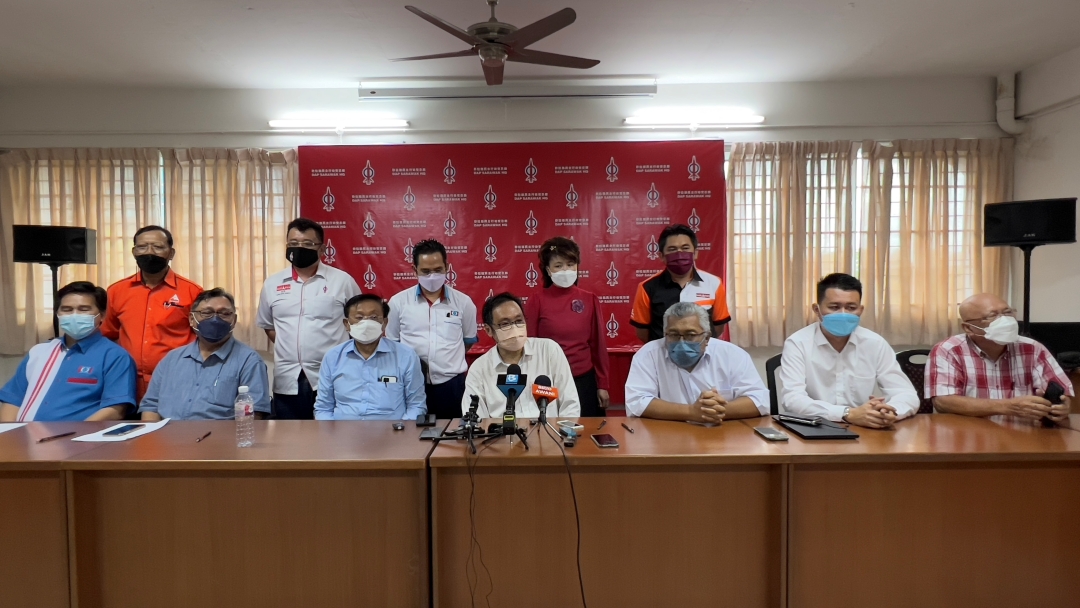 Its chairman Chong Chieng Jen said greenhorns can be expected from the party in this coming state election, but he could not provide a figure offhand.

“Quite a fair bit, but I can’t say offhand,” he said when asked how many new faces DAP Sarawak will be fielding in this polls during a press conference held at the party’s headquarters here today.

Chong, who is Kota Sentosa incumbent, kept mum about whether he would be defending his seat.

“See how lah. We will know as the time comes,” he responded when asked by reporters.

The conference was called after Chong, who is also Pakatan Harapan (PH) Sarawak chief, chaired a meeting with other PH Sarawak parties including Parti Keadilan Rakyat (PKR) and Parti Amanah Negara (Amanah).

Chong said the meeting touched on the challenges PH Sarawak would be facing in the coming state election.

According to him, the 12th state election would be an unfair election than before, with a lot of standard operating procedures (SOPs) set amid the Covid-19 pandemic.

“Nevertheless, it is upon us to give GPS (Gabungan Parti Sarawak) a good fight,” he said.

He asserted that Sarawak’s 58 years of rule under GPS, from the time when the coalition was Barisan Nasional (BN), has been long enough.

He said Sarawak remained underdeveloped after 58 years of GPS administration.

“At the federal level, GPS supported Umno twice to be the federal government. With Umno and PAS ruling, this country will not go forward.”

Chong opined that the strong message that voters should send to GPS this time would  be their disapproval of the collusion of the unholy trinity of GPS, PAS and Umno.