Saturday, August 13
You are at:Home»News»Sabah»Seven contractors rescued from sinking boats 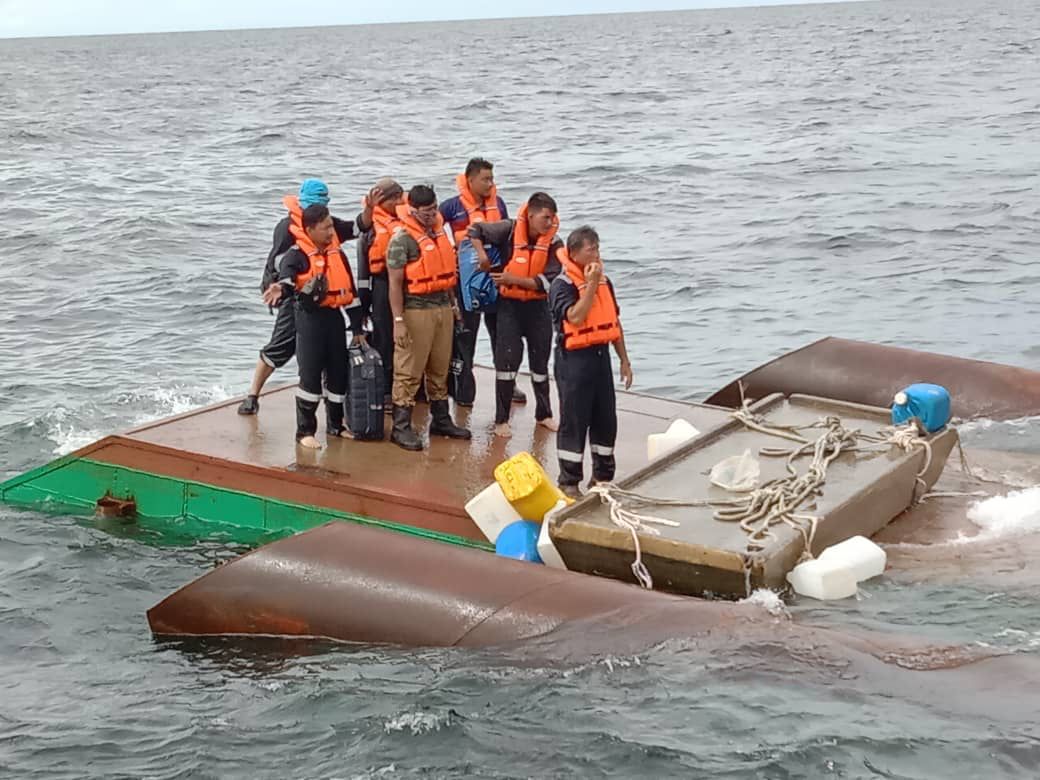 The seven contractors standing on one of the almost sunk boats off the waters in Kimanis.

KOTA KINABALU (Nov 25): The Malaysian Maritime Enforcement Agency (MMEA) rescued seven contractors after their boats sank off the waters in Kimanis on Thursday.

“Information received stated that a four-meter iron boat had completely sunk, while a second 10-meter boat was about to sink as well.

“The MRSC managed to get hold of the victims and instructed them to wear their safety jackets as our rescue vessels were on the way.

“Upon arrival, we saw seven people standing on the almost sunk boat and immediately carried out a rescue operation,” he said in a statement on Thursday.

Mohd Rosli said all the seven crewmen were counted for and in safe condition. They were then taken to the MMEA Sepanggar jetty and given outpatient treatment.