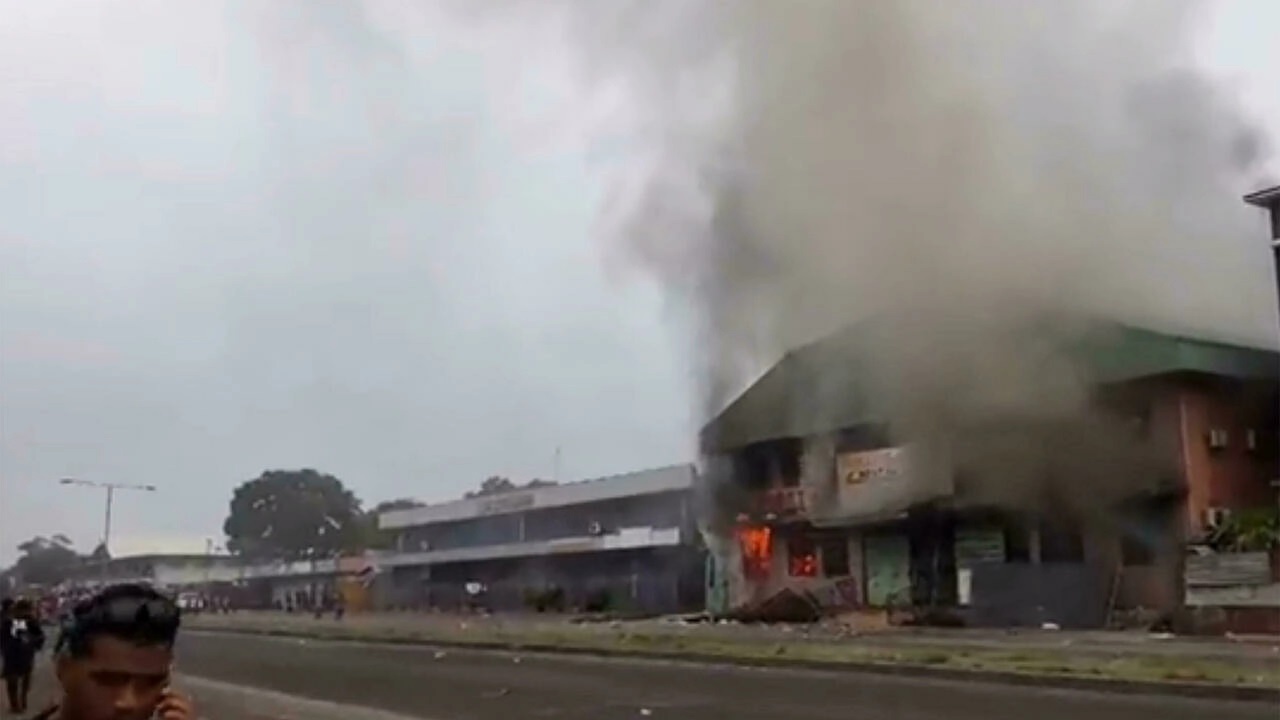 Protesters set buildings in the Solomon Islands’ capital alight and attempted to storm the parliament on Wednesday. – Handout/AFP photo

Hundreds of people demanding Sogavare’s resignation marched on parliament Thursday, burning down a thatched hut near the legislature before moving on Honiara’s Chinatown, torching a police station and looting shops before police fired tear gas to disperse the crowd.

Sogavare ordered an immediate curfew across Honiara, describing the unrest as a “sad and unfortunate event aimed at bringing a democratically elected government down”.

“The 36-hour lockdown will allow law enforcement agencies to fully investigate the perpetrators of the events today and to prevent further lawless destruction of property,” he said in a statement released late Wednesday.

The violence reportedly involved a group of protesters who travelled to Honiara this week from the neighbouring island of Malaita. – AFP