Monday, January 24
You are at:Home»News»Court»Syed Saddiq’s CBT, money laundering cases to be tried at High Court 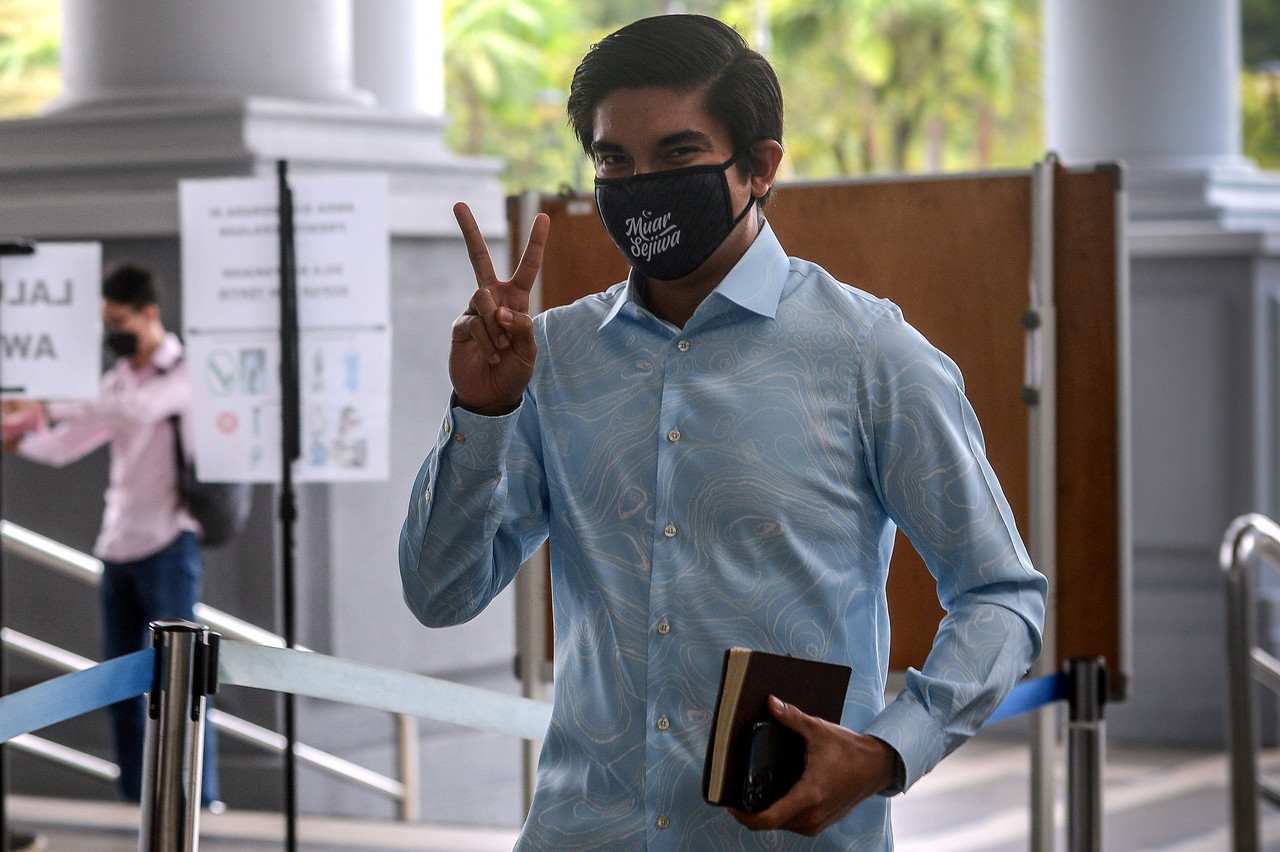 KUALA LUMPUR (Nov 25): The trial of Muar Member of Parliament Syed Saddiq Syed Abdul Rahman, who is facing four charges of criminal breach of trust (CBT), misappropriation of funds and money laundering will be heard at the High Court here.

This follows the decision by High Court Judge Mohamed Zaini Mazlan which allowed Syed Saddiq’s application to have the case transferred from the Sessions Court to the High Court.

Justice Mohamed Zaini in his brief decision said the court was convinced that there would be unusual questions of law that would likely arise (from the case).

“It would be expedient for the ends of justice for the case against the applicant (Syed Saddiq) to be tried at the High Court. Therefore, the application is allowed,” said the judge.

Earlier, deputy public prosecutor Wan Shaharuddin Wan Ladin argued that the applicant had failed to show the issue of law was complex or it was the first such case which made a Sessions Court judge unable to handle the issue.

“On the defence ‘s allegation that there is a criminal conspiracy, the applicant also failed to show in his affidavit how the Sessions Court Judge could not handle the defence’s allegation if it emerged during the trial. Therefore, we are applying for the application to be rejected,” he said.

Meanwhile, Syed Saddiq’s counsel Gobind Singh Deo argued if the cases were to be tried at the Sessions Court, challenges would arise because it could not deal with issues of constitutionality.

In response to this, Justice Mohamed Zaini agreed with Gobind’s argument that there would be an interruption of the trial when the issue arose in the Sessions Court.

“However, if the case started (trial) at the High Court, we (High Court) can handle the issues on constitutionality, it will be like a One-Stop Centre,” said the judge.

The cases are scheduled to be mentioned on Nov 30 at the Sessions Court for the parties to update the court regarding today’s outcome.

On the CBT charge, Syed Saddiq, 28, was charged in his capacity as then Angkatan Bersatu Anak Muda or Armada, the youth wing of Parti Pribumi Bersatu Malaysia (Bersatu) chief, who was entrusted with Armada’s fund, committed the offence by withdrawing RM1 million from the fund via a CIMB Bank Berhad cheque without the permission of the party’s (Bersatu) Supreme Council.

He was alleged to have committed the offence at CIMB Bank Berhad, Menara CIMB KL Sentral, Jalan Stesen Sentral 2, here on March 6, 2020, under Section 405 of the Penal Code and punishable under Section 406 of the same law, which provides an imprisonment for up to 10 years with whipping and is liable to a fine, if found guilty.

He faced imprisonment for up to five years with whipping and is liable to a fine if found guilty of the offence, which is framed under Section 403 of the Penal Code.

On Aug 5, at the Johor Bahru Sessions Court, Syed Saddiq was charged with two counts of engaging in money laundering activities, namely two transactions of RM50,000, believed to be proceeds of unlawful activities, from his Maybank Islamic Berhad account into his Amanah Saham Bumiputera account at a bank in Jalan Persisiran Perling, Taman Perling, Johor Bahru on June 16 and June 19, 2018.

The charges were framed under Section 4 (1) (b) of the Anti-Money Laundering, Anti-Terrorism Financing and Proceeds of Unlawful Activities Act 2001 which is punishable under Section 4 (1) of the same act, providing maximum imprisonment of 15 years and a fine of not less than five times the amount or the proceeds of illegal activities.

The court allowed the prosecution’s application to transfer the case to the Kuala Lumpur Sessions Court. – Bernama