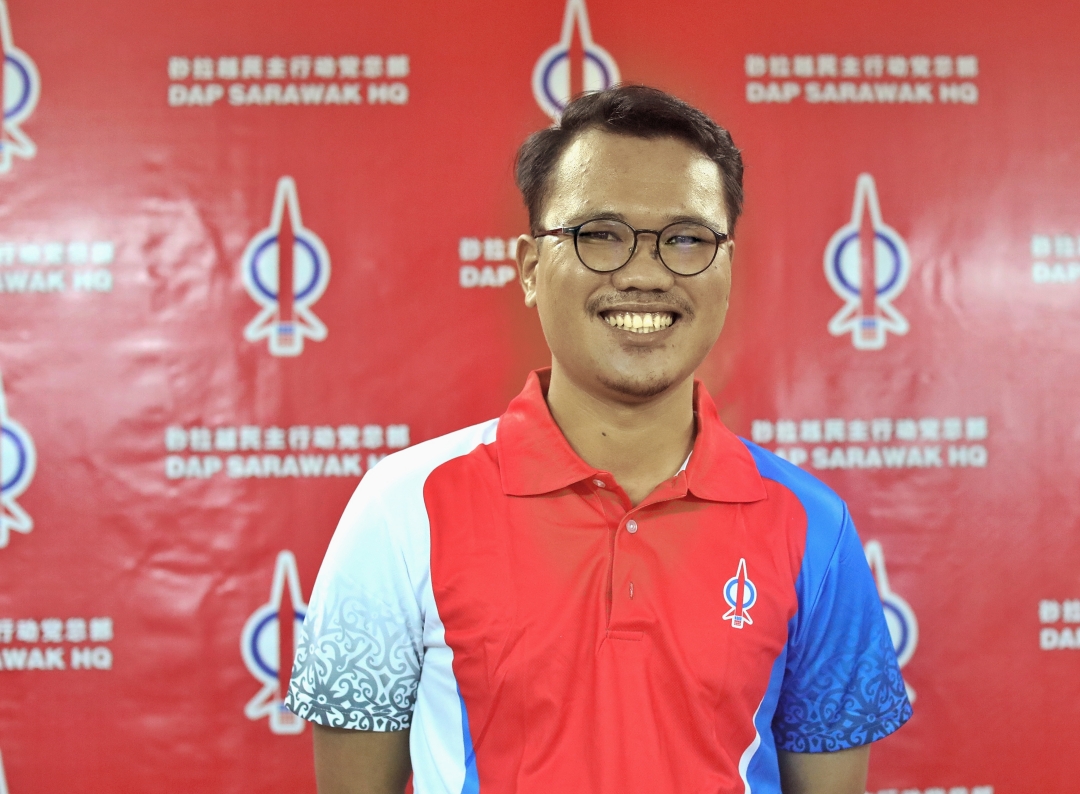 At the age of 27, he is the youngest among the 18 candidates announced by DAP Sarawak chairman Chong Chieng Jen during a press conference here today.

Speaking to The Borneo Post, Brolin said he is sick and tired of seeing old men holding onto power but could not work to meet the demand of the people, particularly the younger generation.

He said what the people wanted was job opportunities and this was especially so for the Dayak community.

“A lot of Sarawakians have to go outside Sarawak to find a better job. A lot of things they (the ruling coalition) fail to do even though (they have been there) already 58 years as the government.”

Asked why he chose to join DAP, Brolin said DAP was the only party that listened to the voice of young people.

“They appreciate the voices of the young and they use our voices as part of their policy-making. I look at the other parties like SUPP (Sarawak United People’s Party) and PBB (Parti Pesaka Bumiputera Bersatu), they don’t appreciate the youths,” said the Serian-born Bidayuh.

Brolin, who graduated with a Bachelor of Logistics and Transportation, said he joined as a member of DAP Sarawak in 2018.

He had wanted to join DAP when he was furthering his tertiary education in Selangor years ago.

“But the branch there (DAP Selangor) had yet to approve my membership application, so I came back to Sarawak as I finished my studies, and joined DAP Sarawak in 2018,” he recalled.

Brolin said he did not join DAP to stand in elections, but because he wanted to play a role in the growth of DAP Sarawak.

“I joined politics and DAP not because I want to be a candidate. I joined the internship of DAP because I want to help the party. At that time, (Padungan incumbent who quit DAP Sarawak last year) Wong King Wei wanted me to be his special officer because he unearthed my skills and everything.

“He (Wong) then proposed to YB Chong who later had me as his special assistant. Much later, YB Chong transferred me to Serian to serve the area.