Thursday, July 7
You are at:Home»Features»Revitalising tourism after a long lockdown The Mulu Pinnacles – touted as the most identifiable feature of Gunung Mulu National Park. — STB photo

AS Sarawak begins to gradually transition into the endemic phase and open up more economic sectors, including tourism, many people want to know that after being ‘locked down’ for more than a year due to the Covid-19 pandemic, is it safe to travel now?

This was the highlighted question that Sarawak Tourism Board (STB) aimed to answer during a recent media familiarisation trip to Gunung Mulu National Park, run in collaboration with MASwings and Mulu Marriott Resort and Spa.

Themed ‘New Norm Travel and Responsible Tourism’, the programme sought to have the newsfolks spread the word about Sarawak ready to welcome back travellers after over a year of lockdown, said STB assistant manager (communications unit) Kevin Nila.

“The whole purpose of this trip is to help spread the news to the public about new norm travels in Sarawak.

“Mulu has been chosen for this programme because it is a Unesco World Heritage site, and it has a lot to offer to visitors who are now eager to travel following relaxation of the SOPs (standard operating procedures) and the reopening of borders of the districts and the state,” he said.

Kevin added that during pre-pandemic times, there was no limitation in the number of people allowed to visit Mulu, but now in view of the Covid-19 situation, the SOP must be enforced to ensure the safety of not just the visitors, but also the industry players including homestay operators and tour guides. 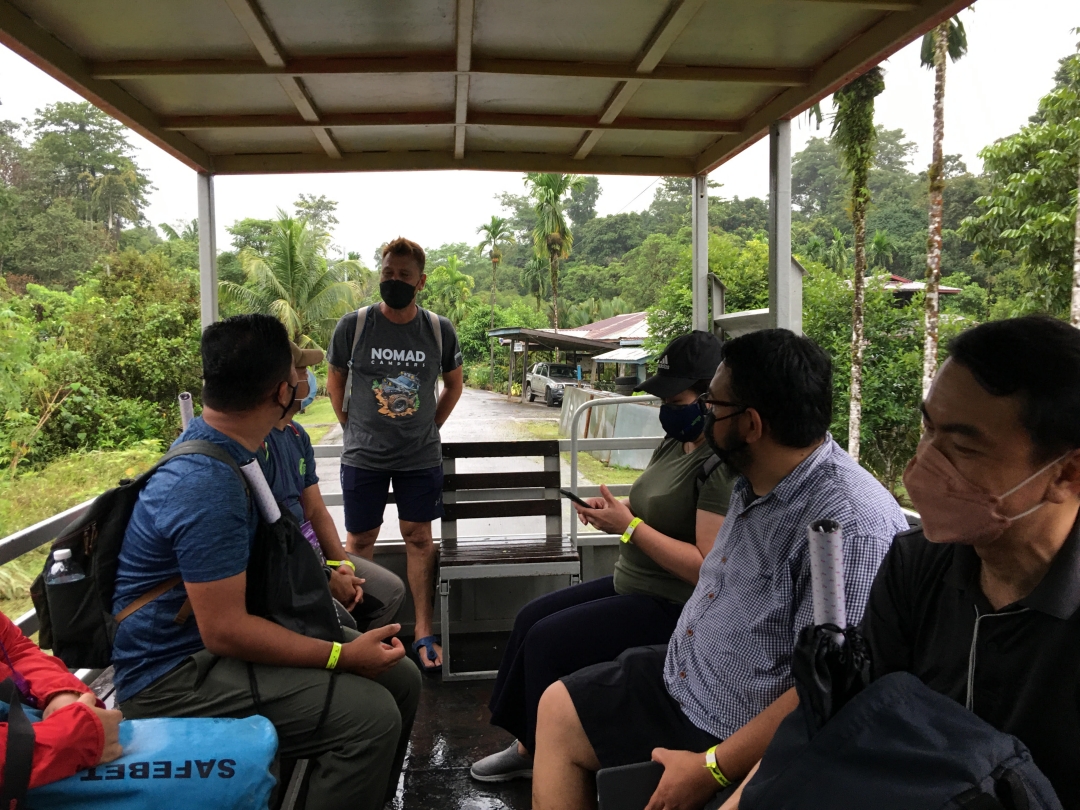 Kevin (standing) delivers a briefing to the participants of the media familiarisation trip to Mulu.

With regard to Gunung Mulu National Park, it would only allow a maximum of 200 visitors at one time, he pointed out.

“As long as you are a visitor to Sarawak, there are SOPs in place to safeguard you and the industry players such as the homestay operators, hoteliers, guides, boatmen and other members of the community involved in the tourism sector.”

Meanwhile, Ministry of Tourism, Arts and Culture Sarawak permanent secretary Hii Chang Kii said in reference to the latest SOPs outlined by the Ministry of Health (MoH), Malaysians who had completed their two-dose Covid-19 vaccination could travel to Sarawak – and also bring their children along.

“We have received a lot of queries about this; many are visitors are unsure about the SOPs, and unsure if their children could come along. The answer is yes – children, who have yet to be vaccinated, can come along as long as they are accompanied by their parents or guardians who have completed their two-dose Covid-19 vaccination,” he clarified.

Hii added that any visitor from outside the state, including Sarawakians living or working outside Sarawak, would need not to take PCR or RTK swab-test before flying in.

“They, however, still need to fill in the e-Health declaration form and register with ‘Enter Sarawak’; alongside these, they need attach all the pertaining documents such as proof of their vaccination and the purpose of entering Sarawak,” he added.

Gunung Mulu National Park in Baram is renowned for its karst features and being home to some of the most spectacular caves on Earth – the world’s largest underground chamber (Sarawak Chamber), the world’s largest cave passage (Deer Cave), and the longest cave in Southeast Asia (Clearwater Cave). 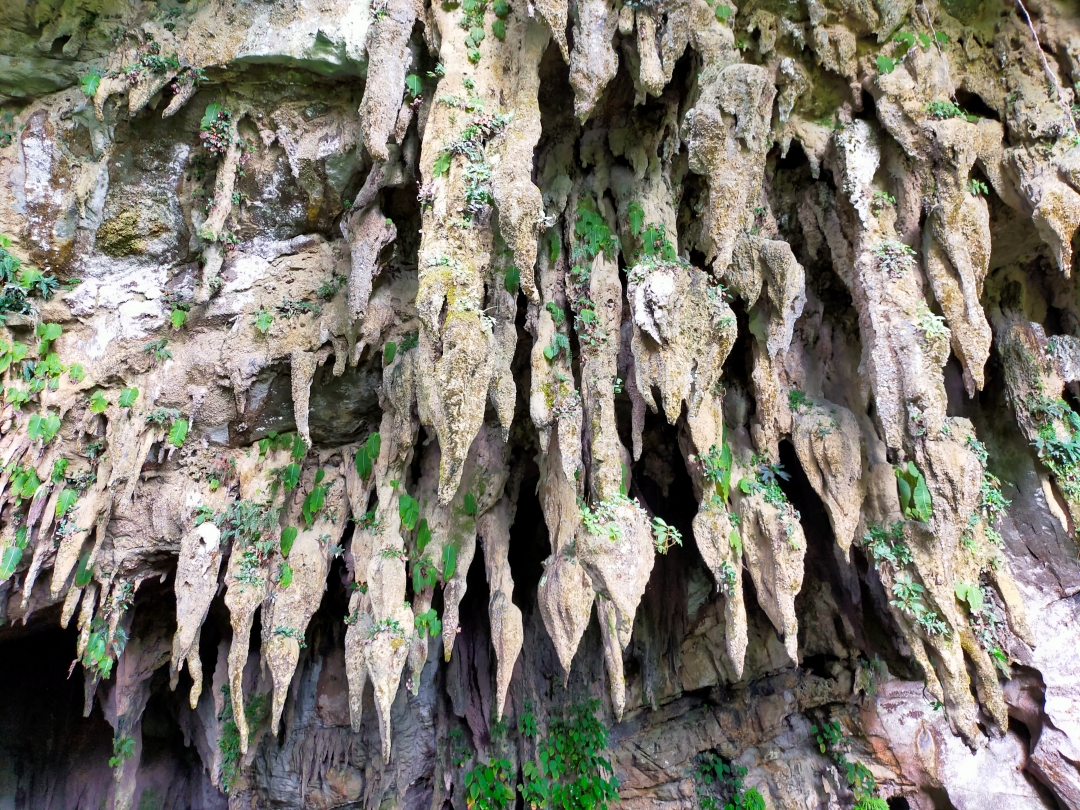 Stalactites welcome hikers at the entrance of Clearwater Cave.

According to park warden Mark Kuneiglibuan Tisen, there are over 60 Unesco World Heritage sites for caves, but Mulu ticks the boxes of many categories.

“The caves in Mulu are, collectively, an important resource that allows us to have a greater understanding about Earth’s history, and also the ecological process where Mulu provides important scientific opportunities to study cave faunas.

“Caves in Mulu also ticks all the criteria for having superlative natural phenomena or natural beauty (the natural event of millions of bats and swiftlets leaving and entering the caves), and being home to threatened species,” he said at a briefing with the participants of the media familiarisation trip. 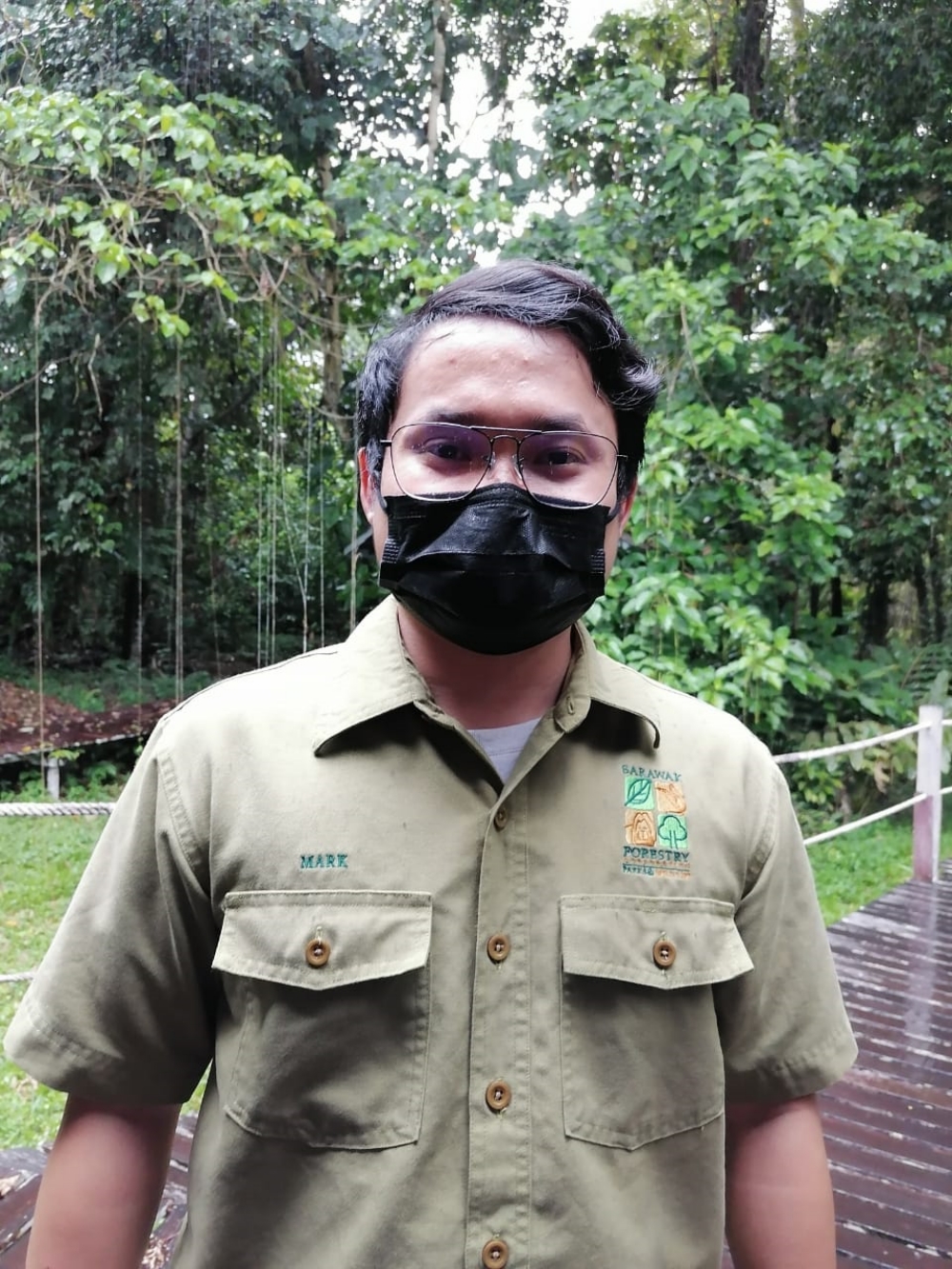 Mark said since the park’s opening in 1984, the majority of the visitors had been foreigners.

In relation to this, he said following the presence of Covid-19 in Malaysia in January last year, the number of visitors had dropped significantly.

The figure dropped drastically last year as the country went into its first lockdown in March. 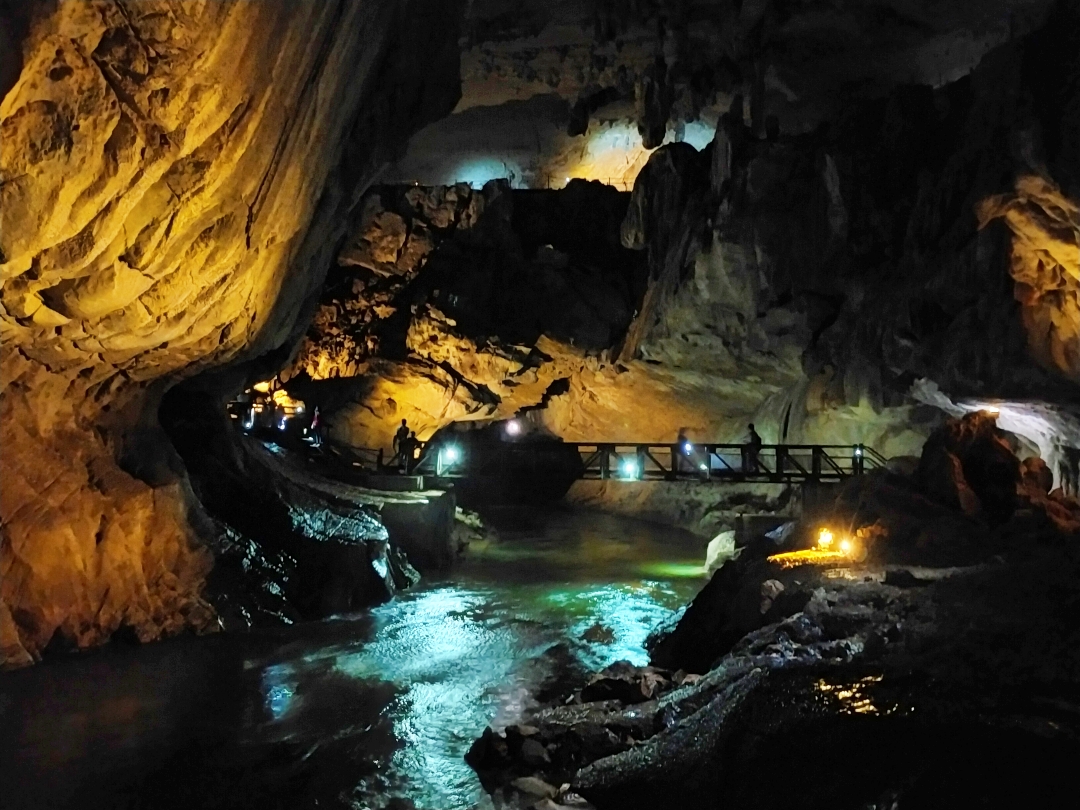 A shot taken inside the Clearwater Cave.

“In January 2021, when we opened for the first time after over a year of lockdown, the park received 221 visitors. In February, there were none, but in March, we saw 29 visitors.

“In April, there were 136 visitors, but there only three in May,” said Mark.

In June and July, the national park was closed, but it was reopened in August, which recorded only 12 visitors.

In September, the number increased slightly to 31, while in October, it registered 335 visitors – 311 Malaysians and 24 foreigners who are expatriates.

“The rising number of visitors, we attribute it to the continuous support from STB, which has been promoting local tourism.

“We are happy to see this latest development after over a year of lockdown, and we at Mulu National Park are working very hard to ensure that all SOPs are in place so that the visitors would have the confidence to come here.

“Sarawakians, in particular, should take the opportunity to come to Mulu and see what it has to offer, and also to appreciate what we have here,” said Mark. 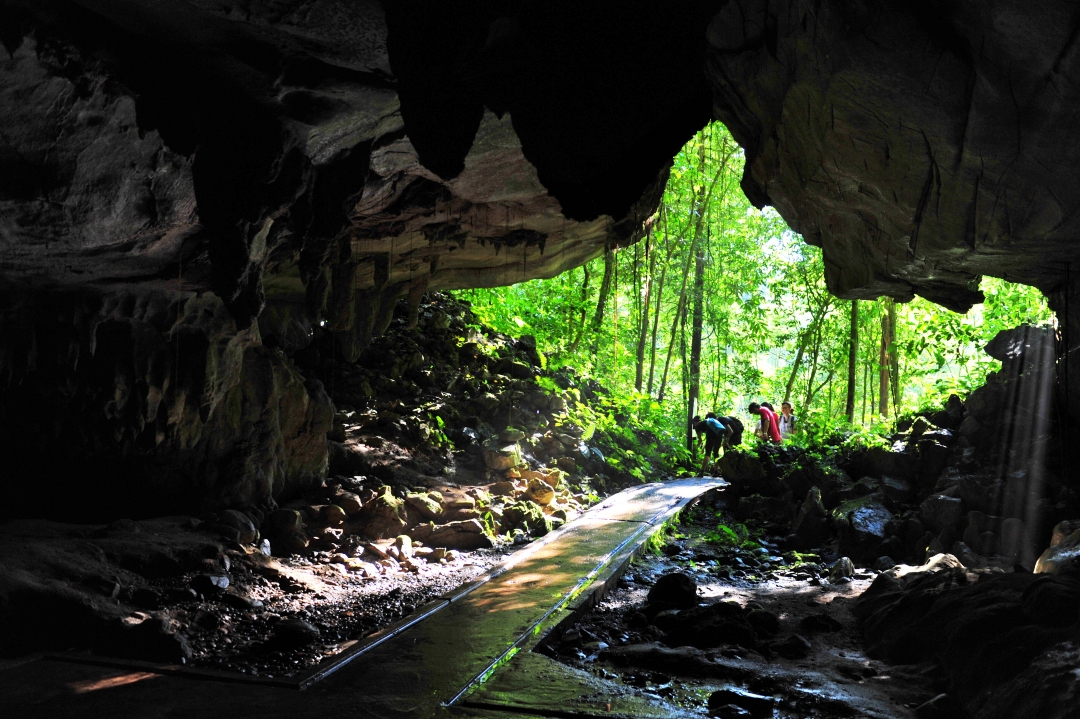 Like those from the national park, the team at Mulu Marriott Resort and Spa is also eager to welcoming more visitors this year after experiencing a rough period due to the travel restrictions and lockdowns.

Resort manager Benjamin Wolff said the pandemic had hit the industry very hard, adversely affecting not just the hospitality segment but also the entire community whose life depended on tourism.

“Everything is interlinked here – the national park, the hotel, the boat operators, the tour guides and the park rangers,” he said. 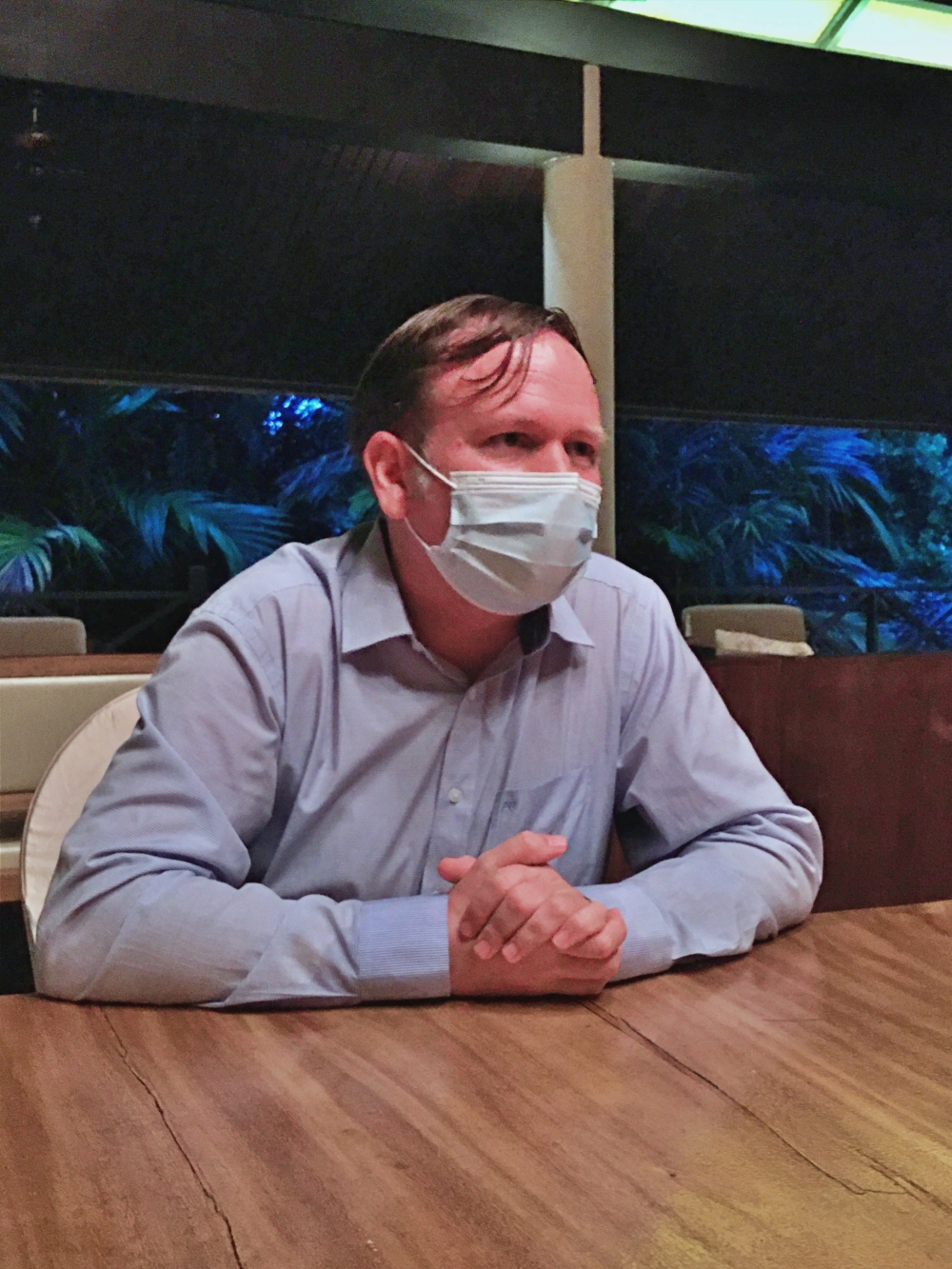 Wolff said unlike the hotels in towns, there was no opportunity at all for Mulu Marriott Resort and Spa to generate income during lockdown.

“Not even (as a hotel for) isolation and quarantine, or for food takeaway or delivery.

“We are a very small rural community, so it was a very difficult time for us.

“So the news about the lifting of inter-district and inter-state travel restrictions was greatly welcomed by all of us here,” he said.

Before Covid-19, 80 per cent of the guests received by the five-star resort were international tourists, with the remaining 20 per cent comprising mostly visitors from Peninsular Malaysia.

“Now, however, this has changed to 100 per cent Malaysians, 99 per cent of whom are Sarawakians.

“This is actually a good thing from the pandemic – that locals now can come to Mulu and be proud of what they have here,” he added.

It takes a 20-minute boat ride to reach the Wind Cave from Mulu Marriott Resort and Spa.

Wolff also pointed out that many Sarawakians had never been to Mulu before.

“Over the past two weeks, the business has improved a lot, especially with MASwings having resumed its daily flights between Miri and Mulu, as well as three weekly flights between Kuching and Miri – I have been informed that they (MASwings) would arrange for more flights beginning Dec 1.

“(Flight) connection is very important for Mulu, as it is the only means for visitors to come here,” said Wolff, adding that he was hopeful that the momentum would continue up until next year.

“We hope that the visitors would trust us in terms of the SOPs that we have put in place, precautions at the hotel as well as at the national park.

“Mulu is a little bit different – the lounges are out in the open, (so) your meeting is open; our swimming pool is also in the outdoors.

“Basically, most of the time our guest would spend their time at the park hiking or mountain-climbing – all conducted in a smaller group as part of the SOPs,” he said. 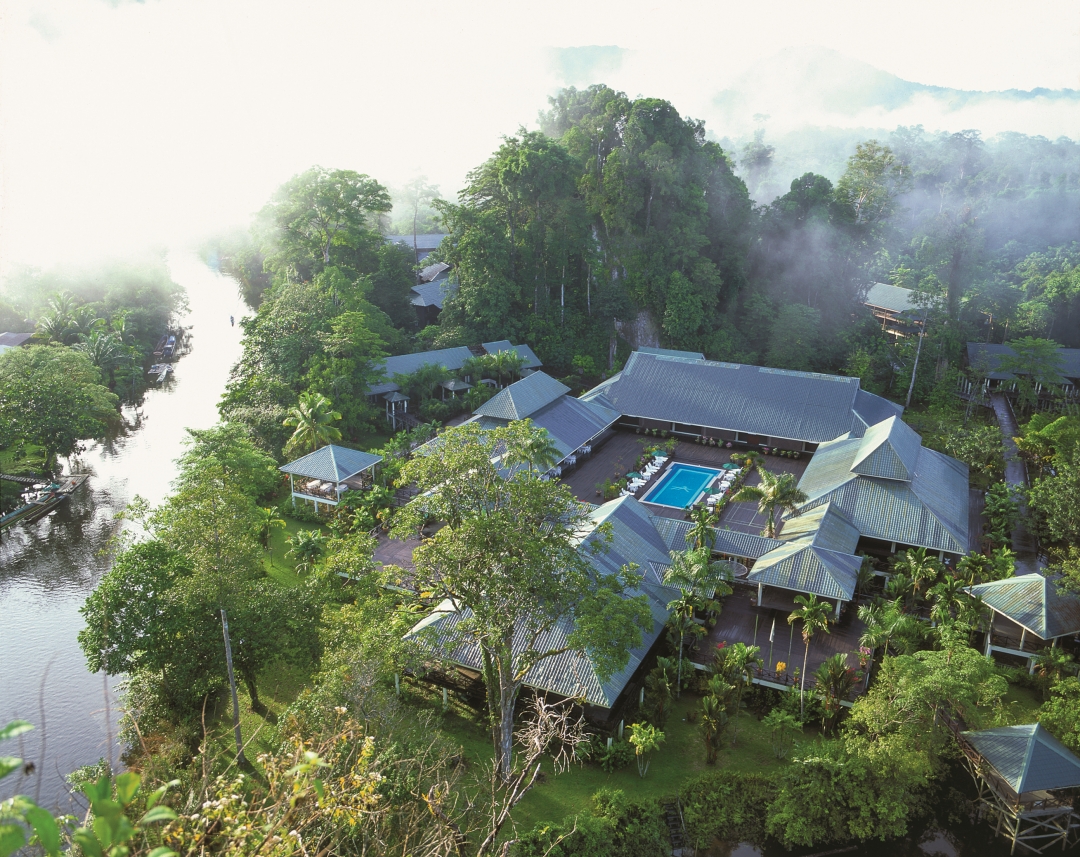 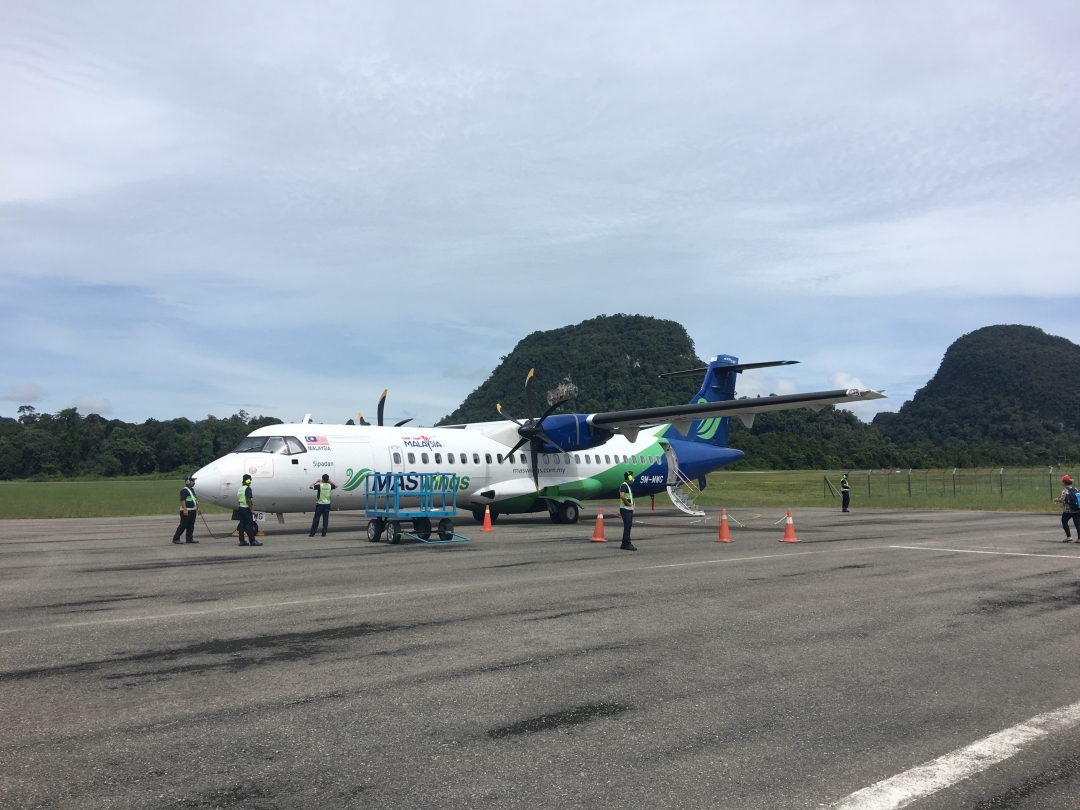 For those unsure on ways to get to Mulu, there is only one mode of transportation available – on board a MASwings flight.

According to MASwings chief operating officer Nasaruddin A Bakar, the local carrier flies direct to Mulu from Miri, Kota Kinabalu and Kuching.

From Miri, there is a flight every day, while from Kuching and Kota Kinabalu, each has three weekly flights.

“However, beginning Dec 1, we will increase the flights to Mulu from these three sectors in anticipation of Sarawak receiving more travellers.

“For the Miri-Mulu sector, the frequency will be increased from seven to 12 flights weekly, while for each of the Kuching-Mulu and Kota Kinabalu-Mulu sectors, there will be seven weekly,” said Nasaruddin.

He added that MASwings would continue to come up with promotions in supporting local tourism.

“Continue to check our websites as we may offer promotions from time to time.

“MASwings also has the ‘Fly Pass’ that covers the two sectors, valid for up to three return trips.

“Do check that out too,” Nasaruddin encouraged.

Previous ArticleTips for achieving a blooming garden
Next Article PBDS Baru to contest in Telang Usan, candidate yet to be announced