Saturday, May 28
You are at:Home»Business»Shopee, Lazada still the most popular e-commerce 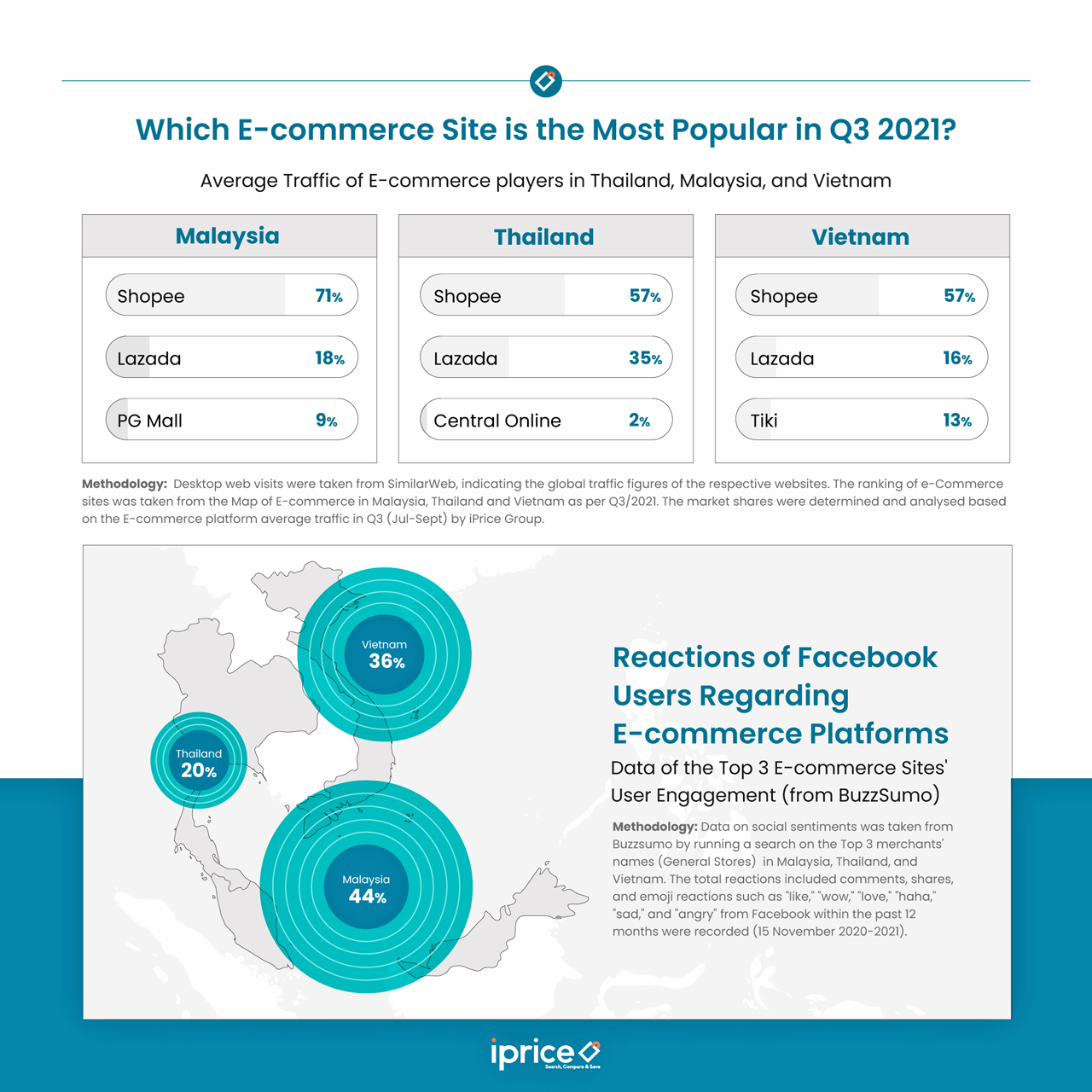 KUCHING: Singapore-based companies, Shopee and Lazada still take hold of most of the market share across Southeast Asia, a survey by iPrice Group showed.

In a press statement, it pointed that in Malaysia, Shopee holds 71 per cent of the region’s overall e-commerce web traffic, followed by Lazada with 18 per cent, and PGMall with nine per cent.

It noted that Shopee Malaysia recently launched their Shopee food feature, which flooded both new and existing users with food vouchers and free deliveries. Lazada Malaysia also added a Chinese language option to cater to a wider market.

“These top sites have been leveraging on people who are actively purchasing items online during the pandemic.

“They have significantly focused on diversifying their features and marketing campaigns to engage tech-savvy consumers, which consequently increased both their sales and traffic,” iPrice commented.

An interesting trend seen in all three countries is that local sites rank in the top three. It said, PGMall (Malaysia), Central Online (Thailand), and Tiki (Vietnam) have done quite well in establishing themselves in their respective markets.

“The cross-country collaboration between PGMall and JD Worldwide, for instance, has encouraged local sellers to offer unique local brands to the Chinese market.

“With access to China’s extensive market, PGMall’s platform has become one of the most prominent domestic online businesses in Malaysia.

“Meanwhile, Tiki, which holds 13 per cent of Vietnam’s e-commerce market share. They signed an exclusive partnership with insurance company AIA Vietnam for 10 years. Due to this, policyholders may manage their insurance accounts and seek health insurance solutions and claims through the Tiki website. This resulted garnered the platform’s well-deserved web traffic,” it explained.

In Malaysia, iPrice highlighted that e-commerce sites in Malaysia have the most social engagements.

“Based on Facebook reactions, Malaysians engage the most with posts related to the top e-commerce sites on social media, which accounts for 44 per cent of the total social engagements recorded by iPrice.

“A Napoleon Cat report states that 87.2 per cent of the entire Malaysian population are Facebook users (as of October 2021). This goes to show that Facebook plays an essential role in effectively reaching the Malaysian market for any e-commerce announcements or events,” it said.

“As these e-commerce platforms continue to pursue strategic partnerships, promotions, and social engagements, the future of Southeast Asia’s e-commerce industry is looking bright,” it opined.

It also noted that according to Google’s SEA e-conomy report in 2021, eight out of 10 of Southeast Asia’s internet users are digital consumers. The report also indicates that 90 per cent of Thai, 81 per cent of Malaysian, and 71 per cent of Vietnamese internet users have had an experience of shopping online.