Tuesday, May 24
You are at:Home»News»12th Sarawak Election»Mayor Wee to contest in Padungan against DAP’s Chong 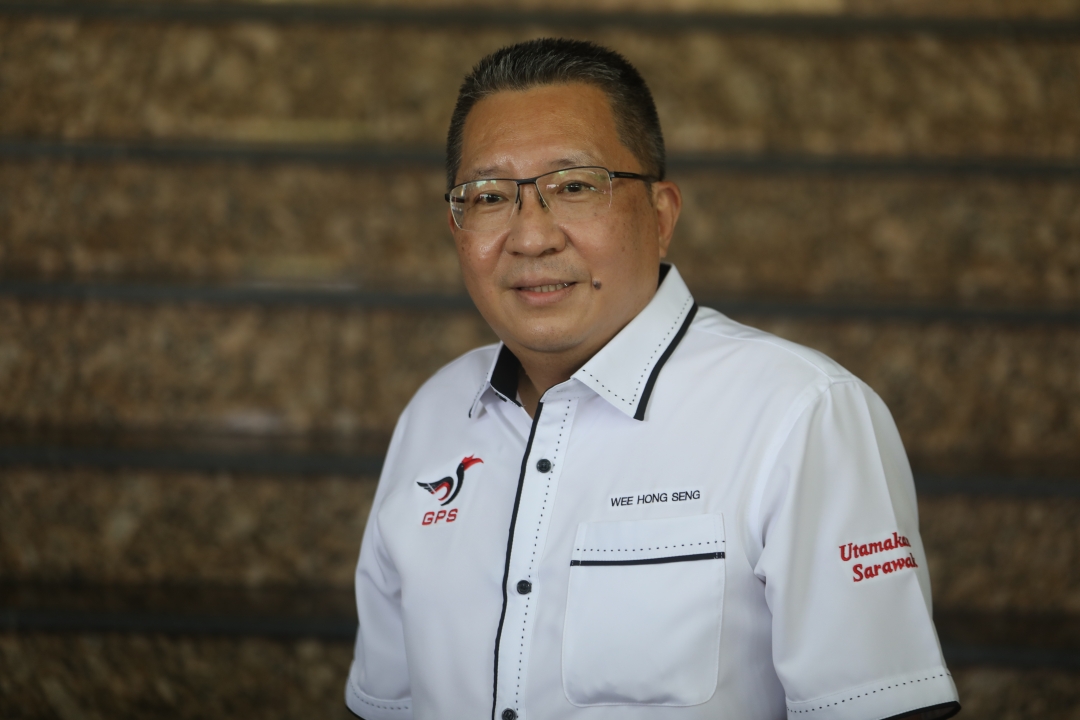 Wee says Padungan is not ‘an unfamiliar territory’ as he is also from the area. — Photo by Chimon Upon

When met by reporters at Parti Pesaka Bumiputera Bersatu (PBB) headquarters here today, Wee admitted that he was new in politics, but also pointed out that he was prepared to take on the challenge.

“I would like to thank Chief Minister Datuk Patinggi Abang Johari Tun Openg for giving me the opportunity and the confidence to stand in Padungan.

“Contesting in the seat, it is akin to the ‘David versus Goliath’ saga.

“However, I dare to take on the challenge,” he said.

Wee said Padungan was not ‘an unfamiliar territory’ as he was also from the area, adding that he had served in the state government under various capacities over the past 17 years.

Asked if he could defeat Chong, the mayor said he would leave it to the voters to decide, adding: “We expect a fair fight, so let’s do it like gentlemen.”

Having said that, Wee believed that the people could see for themselves what he had done for Padungan.

“I’m more than willing to serve (in Padungan) for the sake of development and wellbeing of the constituency.”

Padungan was previously held by Wong King Wei for two terms under DAP before he decided to quit the party in July last year, and had remained an incumbent as an ‘Independent’.

In a press conference on Thursday, Chong said his shift to Padungan from Kota Sentosa where he is the incumbent, reflected his responsibility to answer to Padungan voters over Wong’s decision to quit DAP.

Previous ArticleOmicron: Singapore to further augment testing regime for air and land VTL
Next Article Yes, Abang Jo, we can get our own ‘Winter Sonata’!